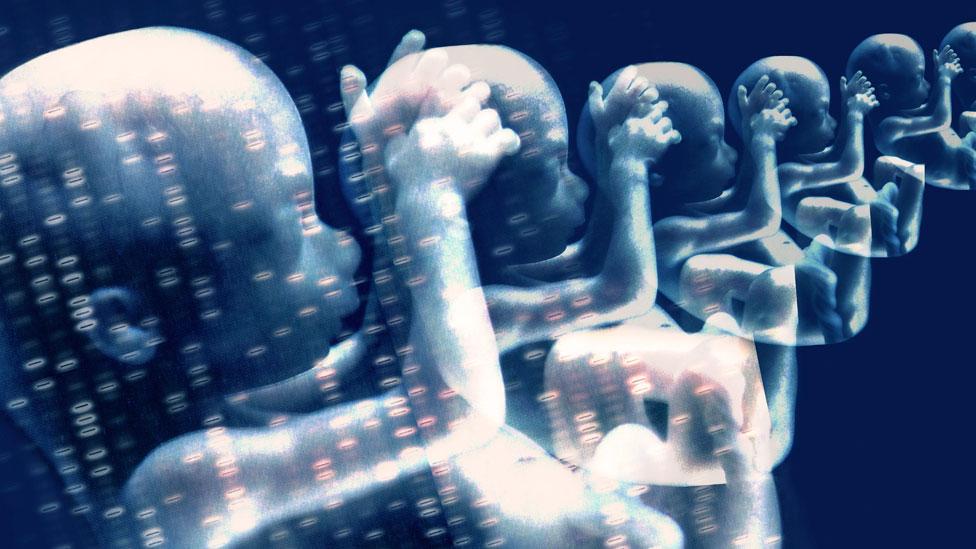 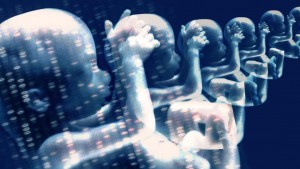 We knew it was coming to this. The GMO revolution wasn’t going to stop at our dinner table. But did we think it would happen so soon?

The first week in December, delegates from the top three gene-editing countries—China, the UK and the US—met in Washington, DC for a symposium on the future of gene-editing. For those not familiar with the parlance, gene editing refers to the ability to alter the DNA of an embryo in a manner which affects the germline. The germline is defined as follows; “In biology and genetics, the germline in a multicellular organism is that population of its bodily cells that are so differentiated or segregated that in the usual processes of reproduction they may pass on their genetic material to the progeny.”

In other words, what happens to the germline will affect the offspring and subsequent generations.

The possibilities inherent in such manipulation are staggering. Not only could genetic diseases be removed from the developing embryo, but new and better attributes could be factored in. Mankind could face the possibility that crippling genetic diseases, such as Tay-Sachs or Huntington’s Disease could be forever banished, while a brave new crop of humans, with enhanced intellectual abilities or enhanced musculature, for example, could be harvested.

The symposium was convened with some urgency after the disclosure that researchers in China had reported this past April that they had launched the first attempt to edit the DNA of human embryos. The Chinese project was undertaken to correct a rare and often fatal blood disorder, called beta thalassemia. China’s effort was followed by an application, made in September, by a British research group to edit human embryos for research purposes.

Behind all this gene editing lies a new technology, which works like the “find and replace” function on a word processor. The most popular in this new buffet of tools is the Crispr-Cas9, which was invented by Dr. Jennifer Doudna. Dr. Doudna is a Professor of Chemistry and of Molecular and Cell Biology at the University of California, Berkeley and has also been an investigator with the Howard Hughes Medical Institute since 1997. The Crispr-Cas9 works in the following manner—first it locates the gene to be edited, then makes the desired alteration, either by deleting it or fixing it. Doudna has virtually revolutionized medicine with her invention, which is reportedly simple to use.

The symposium was expected to produce a call for a moratorium on this research, while the ethical implications could be sorted out. Surprisingly, that is not what eventuated. The final formal statement by the International Summit on Human Gene Editing Organizing Committee in fact left the door open.

The Committee, which is comprised of ten scientists and two bioethicists, called on the “Big Three” in gene editing to take charge:

We therefore call upon the national academies that co-hosted the summit – the U.S. National Academy of Sciences and U.S. National Academy of Medicine; the Royal Society; and the Chinese Academy of Sciences – to take the lead in creating an ongoing international forum to discuss potential clinical uses of gene editing; help inform decisions by national policymakers and others; formulate recommendations and guidelines; and promote coordination among nations.

In a non-binding recommendation, the Committee also called for the inhibition of gene editing on viable embryos, stating “if in the process of research, early human embryos or germline cells undergo gene editing, the modified cells should not be used to establish a pregnancy.”

The three day conference, which was attended by science heavyweights (as well as by some family members with sick children), resulted in an airing of some of the issues surrounding this new science.

Harvard’s George Church made a presentation which propounded a viewpoint that mitigated concerns about the fall- out from gene editing.

Dr. Church, who is a Professor of Genetics at Harvard Medical School, has written articles supporting germline editing and diminishing the possible repercussions. In a recent article in Nature, he wrote,

Human-germline editing is not special with respect to permanence or consent. Replacing deleterious versions of genes with common ones is unlikely to lead to unforeseen effects and is probably reversible. Even if the editing was difficult to reverse, this would not be especially unsafe compared with other commonly inherited risks.

In 2005, Church launched a project called the Personal Genome Project. In this effort, which is billed as “the world’s only open-access information on human genomic, environmental & trait data,” individuals are recruited to have their own genome analyzed and recorded. Church is also involved in doing gene editing in pigs, for the purpose of removing problematic retroviruses which might stand to cause problems in using pig organs as replacement for failing human organs.

Marcy Darnovsky of the Center for Genetics and Society disagrees with the notion that genetic editing is unlikely to result in unforeseen results. “The medical arguments are tenuous and the possible social consequences are grave,” said Darnovsky.

In a subsequent article in the Guardian, Darnovsky wrote:

The recognition that scientists alone can’t decide whether to deploy this society-altering technology is perhaps the summit’s most positive outcome. Already, more and more non-scientists are becoming aware of what’s at stake for all of us, and realizing that germline gene editing is a social and political matter, not just a scientific one.

John Harris could not disagree more heartily. Harris, a Professor of Bioethics at the University of Manchester, believes that this technology provides the possibility for human enhancement on a grand scale and should be employed as soon as the “wrinkles” are ironed out. Harris has stated; “We all have an inescapable moral duty: to continue with scientific investigation to the point at which we can make a rational choice.”

The laws governing gene editing are in many locations inexplicit, to say the least. The UK permits licensed experiments on embryos up to 14 days, but not implantation in a woman. Some British scientists are agitating for a change in these laws. China’s laws are considered to be “ambiguous,” as are South Africa’s, Chile’s and Argentina’s.

The US government has made it clear it will not fund any gene editing research which involves viable embryos. However, by adopting this policy without passing legislation banning the practice, the US has inadvertently (or otherwise) opened the door for private labs to accommodate rich people who want to have designer babies.

One wouldn’t want to state this was the goal, after all. Would one? Designer babies for the wealthy, while the rest of us lump along with our genetic baggage? This begins to sound almost like the engineered societies that science fiction novels warned us about.

2 thoughts on “First GMO Corn, Then Frankenfish, And Now — Get Ready For Designer Babies”