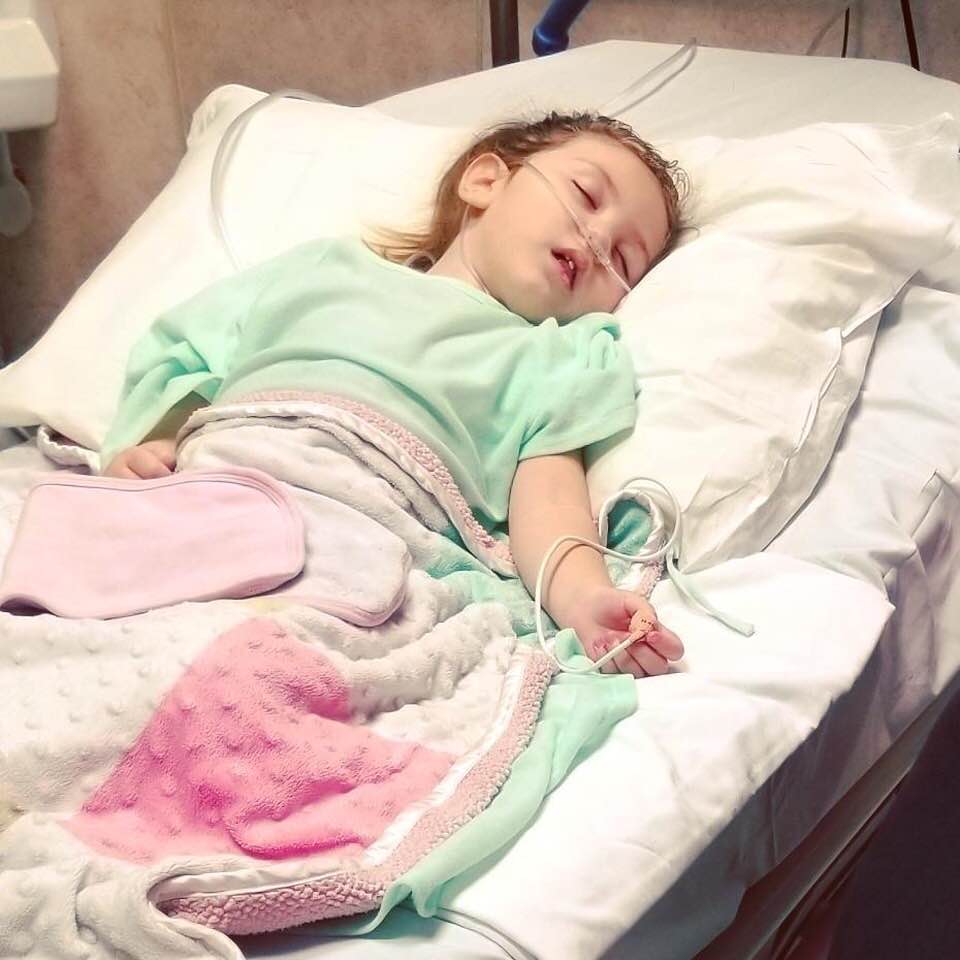 FLU SHOT INJURY ~ This Daddy, Mr. Daniel Mullins, is so in love with his little Girl, and now like too many other Families, it has changed their very lives. His Baby Girl Cannot WALK, ROLL, CRAWL, HOLD HER HEAD UP, OR TALK, SHE CANNOT SWALLOW WELL, and she has SEIZURES multiple times a Day.
Dad Daniel states : In short it’s been two years with no diagnosis. 6 major Facilities with no answers or plan of action. I have acquired the necessary specialty lawyers a year and a half ago. Specialty because the pharma and doctors have immunity of law suites. So we are painfully waiting for the NVICP to become finalized.

They have all her medical records to date. Her and another boy that went to the same pediatric facility, daycare and had the same lot number flu shot. They both went from hitting all milestones to over night being paralyzed. She has seizures multiple times a day for over a year. She is on a special Ketogenic diet. She has been facilitated twice for fluid in her lungs due to lack of saliva control and drainage from illness. She has to have double hip surgery next month, due to lack of muscle growth and atrophy. It is no where near the pain of losing her to death, but having to watch her wither away with no plan of action, is pretty freaking hard too. I can go on and on.

*My Notes: We are being Bombarded, pressured, Lied to, advertised to, pressured to get the FLU SHOT. Are Doctors Disclosing and handing you the vaccine Insert ??? Are they going over Adverse Reactions with you?