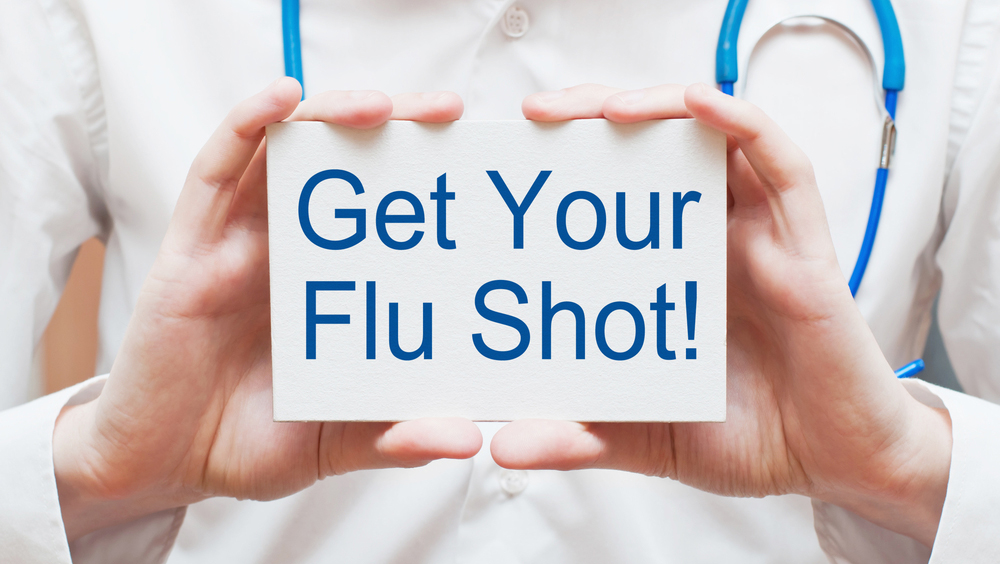 “Flumania” is a thing and its happened upon us. According to myself, this is a term used to describe the mass hysteria being created over all things “flu” with the goal of driving up the demand for flu shots and Tami(give you the)flu.

Let me tell you how it works: First, they pretend the flu shot is actually effective. When people figure out that a double chocolate donut from Dunkin’ has a better chance of preventing the flu, they’ll tell you it’s still better for people to risk their lives for the vaccine’s 1.5% efficacy rating. (How did I get this? Fifteen percent of influenza-like illnesses are actually caused by influenza viruses according to the CDC-tested specimens over the past 19 years multiplied by the 2017/2018 flu vaccine efficacy rating of 10%.)

Pay no attention to the actual numbers though because they are unimportant when it comes to the beloved flu vaccine. In order to sell something that doesn’t work, they have to convince people that the flu vaccine is safe, is the only life-preserver left on the Titanic, and that the drop of water in your bathtub is far scarier than the Atlantic ocean the flu shot will push you into.

How do they do this? They find someone who died from something that resembles the flu, get the media to cover it, and create riveting headlines. What they don’t tell you is that these individuals were already in poor health, died from underlying conditions that made them susceptible to the flu, had flu strains that aren’t even contained in the flu vaccine, had the flu shot (because let’s face it, you’re practically guaranteed to get the flu if you get the flu shot), or died from the flu shot itself. What makes this year’s Flumania even better is the coinciding hysteria over a shortage of “Tamiflu.” Let’s face it, there’s nothing that sells more than the fear of something that could shorten your cold by a mere half a day with side-effects far worse than the flu itself. Wait … you thought Tamiflu was safe and they didn’t tell you about its side-effects? Of course they didn’t. It make kids hallucinate, girls jump out of windows, and people die.

[…] Tamiflu use could induce sudden deterioration leading to death especially within 12 hours of prescription. These findings are consistent with sudden deaths observed in a series of animal toxicity studies, several reported case series and the results of prospective cohort studies. From “the precautionary principle” the potential harm of Tamiflu should be taken into account and further detailed studies should be conducted.

According to Cochrane (an independent network of health professionals who pour through scientific evidence to determine the safety and effectiveness of various treatments), Tamiflu is about as effective as drinking water from your dog’s bowl. Compared to the placebo, there were no reductions in hospitalization or serious influenza complications and it increased the risk of vomiting, nausea, headaches, and psychiatric events. The tradeoff? It will decrease your influenza-like symptoms by half a day (if you don’t go crazy first).

Tamiflu (the antiviral drug oseltamivir) shortens symptoms of influenza by half a day, but there is no good evidence to support claims that it reduces admissions to hospital or complications of influenza. […] Evidence from treatment trials confirms increased risk of suffering from nausea and vomiting. And when Tamiflu was used in prevention trials, there was an increased risk of headaches, psychiatric disturbances, and renal events.

When will they finally acknowledge that flu-like symptoms serve a purpose? A fever is a healthy immune response needed to kill pathogens and it’s stupid to suppress it (save the few exceptions). Fatigue is the body’s way of telling you to hold up. Vomiting (of the kind not caused by Tamiflu) is a way of removing bugs that get into the digestive tract or enforcing a fast (which diverts energy from digestion to fighting an illness). Wait, don’t answer that … you’ll never hear such things because there’s no money to be gained in telling people to go to bed.

If your doctor didn’t tell you about this – it’s probably time to find a new one, and if you didn’t find any of this information online, its because it’s suppressed like everything else that will harm the drug industry and their market. You’ll have to break out your Google degree, head to the web archive, and pour through the studies yourself. The flu vaccine is associated with the most reported side-effects of any other vaccine, Tamiflu is dangerously riddled with the same corruptive stink that accompanies much of the pharmaceutical industry, and neither of them work.

Is there a vaccine against flumania? If so, sign me up for that.

One thought on “FLUMANIA: What You Need to Know About the Flu Shot & Tamiflu”