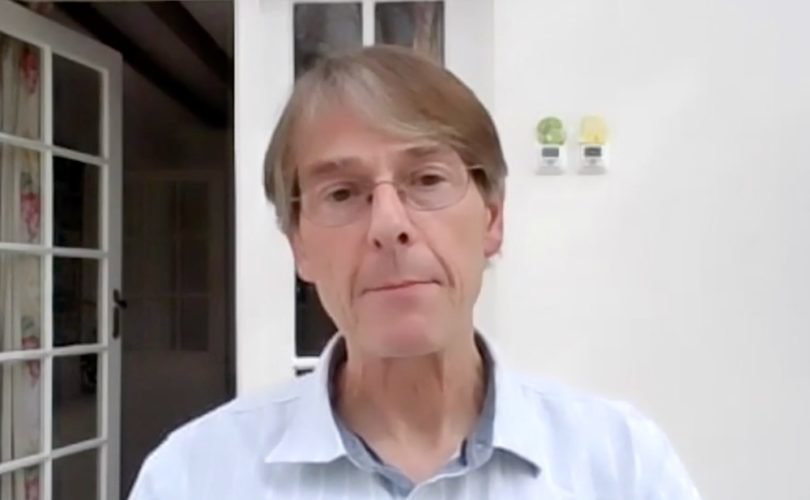 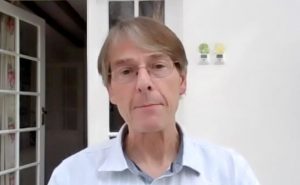 “You’re being lied to, I’m being lied to,” said the professional research scientist. “The authorities are not giving us full information about the risks of these products.”

Yeadon, who has degrees in biochemistry and toxicology and a Ph.D in respiratory pharmacology, worked for 32 years in the pharmaceutical industry and retired in 2011 from the most senior position in his field as vice president and chief scientist for allergy and respiratory at Pfizer. From there, he founded his own biotech company, Ziarco, which was sold to the world’s largest drug company, Novartis, in 2017.

Why ‘we never, ever, give experimental medicines to pregnant women’

The British national explained his first point as being “so obvious” that all can agree. “We never, ever, give experimental medicines to pregnant women. Why do we not do that?” he asked.

He went on to explain how 60 years ago “women were exposed to a new product for morning sickness called thalidomide and it led to at least 10,000 birth malformations.”

Studies before its release at the time were not capable of identifying “thalidomide as a toxin in the womb.” This tragedy, he explained, taught scientists that “babies are not safe and protected inside the uterus which is what we used to think. But, in fact, they’re a miracle of minute development. Critical stages, especially in the early stages, where if interfered with biochemicals or something else, can change the course of development of that child irreparably.”

“You never ever give inadequately tested medicines, medicinal products, to a pregnant woman,” he emphasized. “And that is exactly what is happening. Our government is urging pregnant women, and women of childbearing age, to get vaccinated. And they’re telling them they’re safe. And that’s a lie because those studies have simply not been done.”

Furthermore, “reproductive toxicology has not been undertaken with any of these products, certainly not a full battery of tests that you would want” Yeadon said.

“So, here we are. There’s been potentially hundreds of millions of women of child-bearing potential [injected] with products which are untested in terms of impacts on fertilization and development of the baby.

“That’s bad enough because what that tells me is that there’s recklessness. No one cares. The authorities do not care what happens,” he said.

But with a closer look, Yeadon said that given two other studies, the situation looks “much worse” due to evidence of actual damaging effects on fertility.

Yeadon discussed how a study obtained from the Japanese medicines agency due to a freedom of information request revealed “how the vaccine [substances] distributed around the body” of rats over time.

“What we find is the vaccine doesn’t just distribute around the body and then wash out again, which is what you’d hope. It concentrates in ovaries of rats, and it concentrates at least 20-fold over the concentration in other background tissues like muscles,” he reported.

“You don’t want this product in your ovaries. It’s simply not necessary to induce immunity to have a vaccine in your ovaries. And, as it’s concentrating in the ovaries, getting higher concentrations over time, they have not even defined what the maximum levels are or when that occurs,” Yeadon emphasized.

“So, now we have a second problem, that the vaccine, at least in a rat, distributes into the ovaries.

“And I will tell you, a general rule of thumb in toxicology is if you don’t have any data to contradict what you’ve learned, that’s the assumption you make for humans. So, my assumption at the moment is that is what is happening to every female who’s been given these vaccines. These vaccines are concentrating in her ovaries,” he lamented.

“It is very worrying. So, we don’t know what that will do, but it cannot be benign, and it could be seriously harmful because the vaccines will then express the coronavirus spike protein, and we know that there are unwanted [results] from that spike protein,” he said.

Yeadon called his final point “even worse” because it entails study results from experiments on actual humans.

Last December, Yeadon issued a petition to the European Medicines Agency with another physician from Germany expressing several concerns with the testing of the COVID-19 vaccines. As he explained, one such concern was that “the spike protein is faintly similar, not very strongly, but faintly similar to an essential protein in your placenta, something that’s absolutely required for both fertilization and formation, and maintenance of the placenta. So, you can’t get pregnant and have a successful pregnancy if this protein is damaged in any way.”

Noticing that the coronavirus spike protein was “similar enough,” Yeadon explained, “I wanted them to do some experiments, hopefully to rule out the possibility that when you vaccinate the person, who then makes spike proteins, and they develop immune response against this spike protein,” this would not issue “a faint signal that would potentially bind this similar protein in the placenta.”

While Yeadon’s petition was ignored, he states that “a study has just come out a few weeks ago, and it says exactly what I was worried about.

“So, I’m sorry to say this, but that is a vaccine-induced autoimmune attack on their own placenta. And I think you can only expect that that is happening in every woman of childbearing potential. It’s generating antibodies against this critical protein required for fertilization and successful pregnancy,” he said.

“Now, what the effect will be, we can’t be certain. Again, it can’t be benign. I don’t know whether it is enough to cause first trimester losses, but I would think it would, because I’ve looked at the literature. Women who are unfortunate enough to have what are called autoimmune diseases seem to have a higher rate of first trimester losses and what this vaccine has done is induced an auto-immune response,” Yeadon explained.

“So, I’m here to warn you that if you are of childbearing potential, or younger, not at menopause, I would strongly recommend you do not accept these vaccines,” he concluded.