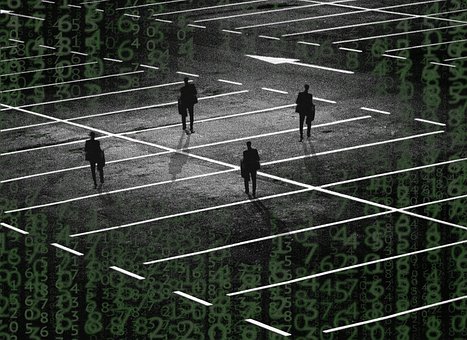 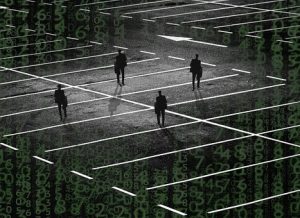 Dedicated to my friend and compatriot of many years, Robert Scott Bell

It all starts with the IDEA of the germ. Once people buy the idea and the story, everything follows. The planners build the story of the germ for a hundred years, so it transmits fear, and then one day they use it to spring the trap.

The truth is, we’re far stronger than any germ or any tale about a germ.

Dozing off thinking about the tale and the trap and what it’s brought to our door, I had a dream. Went something like this—

“South Carolina is happy to report the stunning success of our new treatment law. As you know, three years ago, we certified a bill allowing ANY healing method to be practiced on consenting adults, for any condition, so long as that method was not destructive. The result? A flood of practitioners and patients moving to our state. Our economy has nearly tripled in size. We are awash in new prosperity…”

New York: “Curfews must be more drastic. Only protesters and rioters will be permitted on streets after 2PM. We are issuing four color codes. Green, blue, yellow, and gray. They tell you when you may appear in public to pick up your food for the month at our government-dispensing canned goods centers. State income taxes are hereby raised to forty percent of gross earnings. All churches are permanently closed. Stop moving to South Carolina. If you do, you can never come back…”

“Nevada is announcing a new form of state money. Anyone who moves here will automatically be given four thousand dollars in casino chips, and a free hotel room for seven weeks. Masks and social distancing are forbidden. Vaccination is entirely voluntary. Anyone forcing a vaccine on another will be buried up to his neck in the desert, his face smeared with honey…”

Oregon: “The marijuana state is now entirely collective. No more private residences. Everyone must live in a commune of at least 60 persons. In each commune, the profits from growing pot will be equally divided among all members. No guns are permitted in the state. To achieve our goal of the cleanest air in the nation, cars are allowed on roads only between the hours of 7-9AM and 4-6PM. Trucks loaded with weed may move product at all hours. Come live with us.”

Maryland: “Our state is run by a consortium of mega-corporations and intelligence agencies. Everyone works for these organizations. There are no small businesses. Move here. You’ll be guaranteed a job after four weeks of training. Housing included. Stop fighting the Man. We are the Man. Free vaccinations.”

California: “Have you always yearned to be a Communist? Come to Cal. We’ve got Stasi, KGB, real-time satellite surveillance covering every inch of the state, as well as free Snitch Training. Unlimited immigration from all countries. We care. We have zero unemployment. Everyone works for the government. Are you wanted for offenses in other states or nations? No background checks. Warning: selling off-the-books black market items without paying sales tax is punishable by death.”

Idaho: “Free market economy. Make and sell just about anything. No state taxes. Gun rights guaranteed. All property is private. No welfare. Our cops only care about two offenses—encroaching on another’s freedom, and selling overtly harmful products. Public education is canceled. Only home and small community schooling are allowed. Want to make your own way? Idaho is the place for you.”

Illinois: “We are now a monarchy. As the hub for all street drugs distributed throughout the US and Canada, our king is chosen by the Sinaloa Cartel. Our police forces are gangs. We have disbanded our court systems. Personal and business protection is for sale. If you want to ‘live the life,’ move to Illinois. Free ballet lessons.”

Wyoming: “It took a long revolution to expel the former state government. In our free market economy, two prominent industries have emerged—hydrogen-powered car manufacturing/refitting, and water turbines for energy production. Our sales are soaring. Through state taxes agreed upon in a recent state referendum, we are financing research into several suppressed methods of energy innovation. Every citizen must own a gun, and must receive training in how to use it. Don’t move here expecting a free ride. Career criminals from other states—don’t even think about it. We’ll find you and root you out.”

New Jersey: “Our new state motto is ‘Graft, Gossip, and Waste Management.’ Our highway tolls are the highest in the nation. We are on permanent lockdown. If you want to pretend you’re important and have no credentials of any kind, move here and join us. The southern half of the state is being built out as one giant hospital complex, to treat and house those from the northern half. Free health coverage. Wear a badge of honor for each medical or psychiatric diagnosis.”

Massachusetts: “Aside from hospitals and Harvard global money laundering, our largest industry is selling rewrites of history to colleges. The American Revolution never happened. John Adams was an ambulance chasing personal injury lawyer. Thoreau was a petty criminal, fishing without a license. Plymouth Rock was once a popular form of cocaine trafficked along the east coast…”

A declared woo-woo pandemic in one state is nothing more than a joke in another.

Enforced and fake togetherness dissolves like sugar in water.

—As I started to wake up, I wondered, is this a good dream or a bad dream? A voice said, “Decentralization of power is good, but you can’t control how it works out. If you could, YOU’D be the central power.”

I fell back asleep.

I was standing on a street corner in a city. In the distance, buildings were burning. A crowd marched toward me, broadcasting waves of fear.

They stopped moving. A platform rose up and a speaker in a mask fiddled with a mic stand. Silence.

He looked over at me. He lifted his mask for a second, then put it back.

It was Mao Zedong. Chairman Mao. He told the quiet crowd, “I’ve got money. Rockefeller money. You understand, right? We’re going to start over. We’ve got important friends. We’ll use them and keep them safe for a while. In the new Republic, everything is free. You work for it, but it’s free. You don’t get ahead on your own. That’s over. You’re my troops. We’re burning down the northeastern United States and taking the land.”

“It’s freedom,” he said. “Forget all your old causes. Forget why you came here. It doesn’t matter anymore. We’re new. We’re finally getting justice. You know what justice is? Rice. Growing rice. That’s all. Everyone works. Everyone bends over and works, from the lowliest drug addict to a fat old Congresswoman, to the President, everyone works the soil, and admits their guilt. Their sins. After six generations, their descendants can be raised up. They’ll be clean. No taint left. That’s the new world. That’s what you’ve been fighting for. No more privilege.”

Suddenly, I was standing outside my house in the dark night.

There was somebody out there. I couldn’t see who he was.

He spoke. “Don’t let them take everything away. You have no idea how many of us there are. We’re not going to let this happen.”

One thought on “Free states: radical decentralization; the war for hearts and minds”