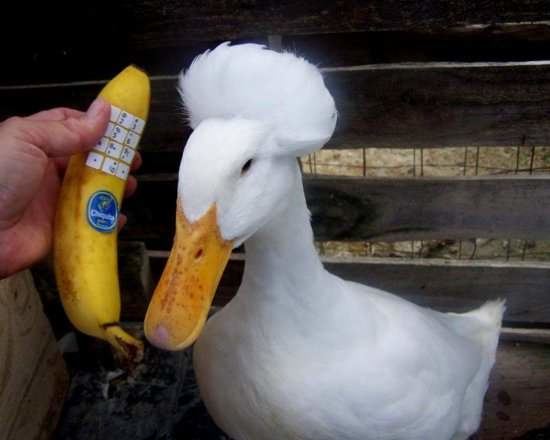 Action plan for Thursday 24 June 2016 for all interested natural therapy practitioners, and their patients – scroll down for the five key steps.

{ad – I am talking at CMA event tonight (Thursday 23rd) in Adelaide from 5.30pm – (livestream likely) and I am available Friday in Adelaide for practitioners to contact me – presenting in Sydney on wed 29 June too}

Check out the Friends of Science’s response to my Linkedin post to be found at Should Health Minister Ley resign for approving a…., namely failing totally to address the complete lack of scientific evidence as to the safety and efficacy of various Type 2 diabetes drugs, according to the esteemed Cochrane Collaboration’s current April 2016 review.

The sum total of the two comments from the Friends of Science In Medicine’s Facebook response amounted to :

(a) Loretta Marron, the CEO of Friends and its Facebook administrator, stating she could not find the link to the Cochrane report on my Post, even though the link is obvious in my Post, and does work, as I just tested it;

(b) sadly the second Friend, Marty Tio , has also a serious problem of see no evil, hear no evil, and speak no evil, as he missed reading anything about Minister Ley’s media release under the TGA banner. I thought that was the whole point of my post, but Marty wrote an incredible amount of raving and ranting. Wow I better spend a bit more time on this Friend’s site if this is the standard of the scientific world’s answer to the Catholic Church, and its regard for young boys over 50 years of denial and psychological mayhem.

I reproduce the start of the Friends rant and rave and you can study the full link here at  Rant and rave of CEO Loretta Marron, desperate not to read the Cochrane and have to make her first ever public comment about what Cochrane says about a drug used by a doctor, but you may need to scroll down two or three posts to see Sussan Ley’s smiling face:

“Can you please link to the Cochrane report, Peter. Your link goes to a rave by someone on LinkedIn. (SI)Like · Reply ·

Yesterday at 9:07pmMarty Tio That rant is ridiculously ignorant. my link goes to a rave by someone on Linkedin..

· Hmmm. That is a high standard of intellectual engagement Friends.

I challenge any “Friends of Science” member to a live Facebook debate with me upon the issues raised in my Post, and why they see no need to protect the public from this serious issue I have raised.

I will also invite Minister Ley, or her no 1  advisor.

I always seem to miss the point somehow when it comes to a debate with the Friends, AHPRA, VCAT and the Ministers of Health around the country. Friends are cherry-pickers and never want to discuss the actual science I raise directly with them, even when it is the precise science from the peak globally accepted independent authority they use to denigrate others, like Cochrane Collaboration, to be found at www.cochrane.org.

It would take around 30 seconds to find the actual Cochrane review anyway, as I did late one night after getting an email alert from the TGA as to a major safety upgarde in relation to diabetes 2 drug, Canagifloxin.

You do not need to be a Professor like Professor John “cherry-picking” Dwyer, to check out Cochrane. Cochrane is designed for you and me – non Professors and non doctors.

So here is the Action Plan for Thursday 24 June 2016 for all interested natural therapy practitioners, and their patients – scroll down for the four key steps.

Step 3 : Read the Cochrane review, or the first couple of pages in layman’s language will be enough, and then copy link to the Friends of Science Facebook site to be found at Friends of Cherry Picking Science in Medicine’s see no evil, hear no evil, speak no evil propaganda machine

Step 4 : Ask this question next to your posting on the Friend’s site ” Q. Is there any reputable Friend that will stand up to the Friends’ ring leaders, John Dwyer, Ken Harvey, John Cunningham and Loretta Marron, and say to the health loving public that Friends of Science in Medicine should no longer belittle and intimidate us and pretend we are all ignorant.

I want to find just one Friend that will be the first to tell the truth out of the pack of a 1000 plus Friends, combined with their bewildering array of affiliated associations. I just want a single Friend to tell the public what I have found in relation to nearly 700 heavily taxpayer subsidised drugs in relation to what peak accepted authorities say about our leading subsidised drugs.

We can keep this charade going for as long as the Friends have members, or a Court orders them to change their behaviour.

The cherry-picking Friends regard Cochrane as the bible to be used against natural therapists, as do AHPRA, our prime health regulator. I should know, because I fought for a natural health practitioner in a VCAT case which lasted 66 sitting days where AHPRA only filed scientific evidence from Cochrane to deregister my practitioner. Lucky AHPRA, spurred on by the cherry-picking Friends,  failed in their prohibition order though.

Professor John Dwyer should stand down if this is the extent of the science debate.

My view remains that Health Minister Sussan Ley should immediately resign, after perpetuating the cover-ups of proper science as well stated in my Post.

The diabetes 2 drugs mentioned in the Cochrane review should be immediately withdrawn from the market until a proper trial can be conducted, a difficult concept for our predominantly “conflicted by the Big Pharma $$$” scientists globally, and particularly in Australia.

Professor John Dwyer, head of the Cherry-Pickers, has well instructed his puppets that training manual 101, at peak times of embarrassment with their misguided enthusiastic manifesto, states – revert to “rave” and “rant” and “rave”BUT under no circumstances click on the two clear attachments that my Post was about that has also stumped the entire 70,000 plus readership base and the head honchos.

“Do the Friends of Science have any concern with a Cochrane Collaboration Review which found in April 2016 that there were no proper scientific trials done on these diabetes Type 2 drugs, including Johnson & Johnson’s Canaglifloxin, called INVOKANA in Australia

The Friends response was as follows, repeated from above:

“Can you please link to the Cochrane report, Peter. Your link goes to a rave by someone on LinkedIn. (SI)Like · Reply ·

Yesterday at 9:07pmMarty Tio That rant is ridiculously ignorant. my link goes to a rave by someone on Linkedin..

You be the judge