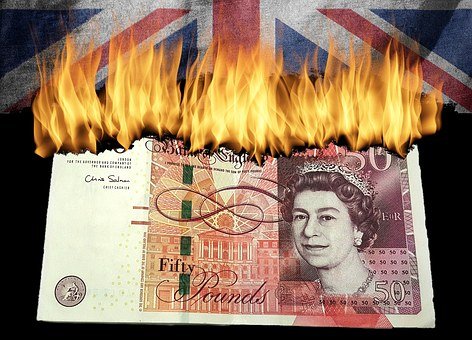 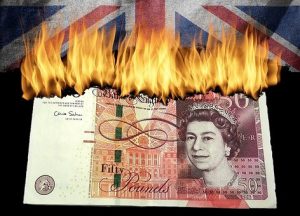 READ MORE AT THE OCCIDENTAL OBSERVER

It’s very easy to criticize Boris Johnson, the current prime minister of Britain and leader of the so-called Conservative party. Johnson is dishonest, devious and a dedicated shabbos goy. He serves Jews rather than Whites and Israel rather than Britain. 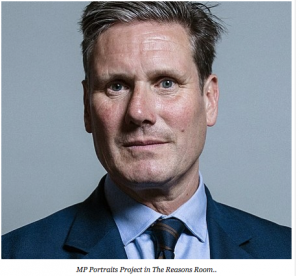 But there is one pit of depravity that Johnson has never plumbed and one crime against decency that has never besmirched his soul. He’s not now and never has been a lawyer. His dishonesty is natural, not nurtured, and he did at least try to reform Britain’s lawyer-and-humanities-graduate-infested government bureaucracy. He’s surrendered now and appointed a Jewish swamp-creature called Dan Rosenfeld as his Chief of Staff. But he did try. Keir Starmer, the current Labor leader, will never surrender because he’ll never fight. He sides automatically with government bureaucracy and slithered easily to the top of it during the previous Labor government.

Toasting the President of Israel

Starmer became head of the Crown Prosecution Service, Britain’s very politically correct overseers of the law, under Tony Blair. In other words, he is a lawyer. And that’s a very bad sign for working-class Whites whom the Labor party was explicitly founded to defend. Like the lawyer Tony Blair and the lawyer Barack Obama before him, Starmer heads a party that supposedly champions the downtrodden workers against the greedy bosses. But the Labor and Democratic parties long ago abandoned the workers to side with the bosses. And that means that they side with Jews against Whites. Blair and Obama both rose to power on a tide of Jewish money and media support. Starmer hopes to do the same. He’s married to a Jewish woman and has performed the goy grovel enthusiastically at the Jewish Chronicle:

Labour leadership frontrunner Sir Keir Starmer has revealed he participates in Friday-night dinners with his family, at which his proudly Jewish father-in-law says prayers. Speaking to the JC [Jewish Chronicle], the Holborn and St Pancras MP said he felt comfortable attending family and communal “barmitzvahs, weddings, and funerals”.

The married father of two children also said he had “no issue” with standing for the traditional toast to the president of the state of Israel at Jewish weddings. He told the JC: “I don’t have any issue with that — or with any of the traditions.” (Sir Keir Starmer opens up about his family’s Friday night dinners, The Jewish Chronicle, 5th March 2020)

Note that Starmer has a knighthood, which is a sure sign that the hostile elite sees him as no threat. When he spoke to the Jewish Chronicle, he was campaigning to replace Jeremy Corbyn, a politician who will never receive a knighthood because he isn’t interested in Jewish money and has never followed Jewish orders. Indeed, in a well-regulated world Corbyn would never have become Labor leader, because he had little support in the party’s pro-Jewish senior ranks. But he was put on the leadership ballot to make it look more diverse and won an easy but unexpected victory, because he was very popular with ordinary Labor members. 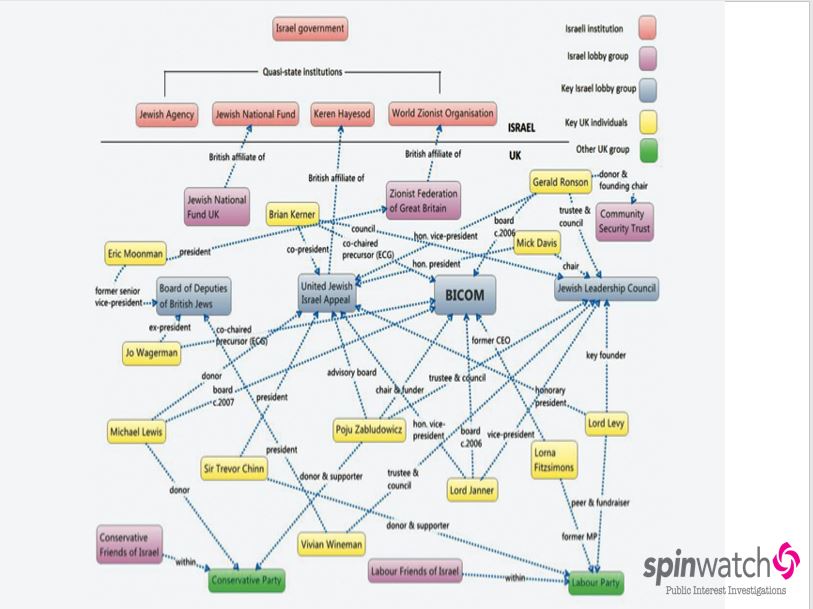 When he became Labour leader, Corbyn didn’t end the party’s tradition of working tirelessly against the interests of Whites. But he did end the party’s tradition of working tirelessly for the interests of Jews. And that’s why he was demonized as an “anti-Semite” and finally driven from office. Starmer isn’t going to make Corbyn’s mistakes. Not only is he married to a Jew, he has happily accepted money from at least one very rich Jewish businessman. In April 2020, the Jewish Chronicle reported that Starmer “had been targeted by hard-left activists after it emerged that Sir Trevor Chinn, a Jewish philanthropist, had donated £50,000 to his leadership campaign.” The activists were making the horrific allegation that Starmer would somehow be influenced by the Zionist Chinn simply because Chinn had given him large sums of money and helped him become Labor leader. 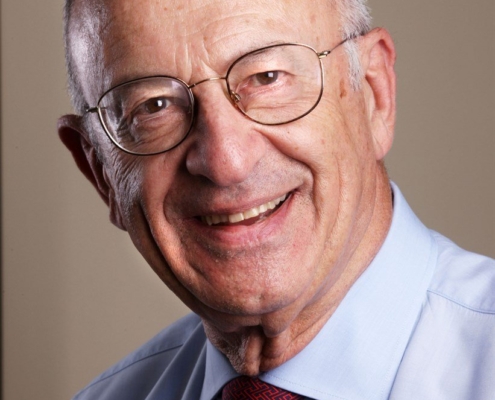 As all decent people know, that isn’t how rich Jews operate. They give money to politicians out of pure goodness of heart and with absolutely no expectation of return. Who but a vile anti-Semite would think that Chinn was trying to control or influence Starmer in any way? As the Jewish Chronicle pointed out, Chinn is a “philanthropist.” He works for the greater good of humanity, just like the Jewish “property developers” Zak Gertler and Richard Desmond, who have given large sums to the Conservative government. It’s pure coincidence that Tories “accepted a donation from Richard Desmond shortly after Jenrick approved plans for a £1bn housing development by the property developer.” In his previous incarnation as a pornographer, Desmond also donated large sums to Tony Blair’s Labour government.

Desmond’s donations to both Conservatives and Labor are further proof that rich Jews are impartial philanthropists — Desmond obviously ignores politics and gives for the love of giving. Of course, no-one accused Jeremy Corbyn of being influenced by Jewish money because he didn’t accept any. But that’s precisely why he had to be demonized and driven out of the Labour leadership. Unless Jewish millionaires like Chinn, Gertler and Desmond are funding both sides of British politics, how can people be made to understand that Jewish money comes with no strings attached?

During the previous Labor government, Tony Blair and Gordon Brown were ardent Zionists because they accepted the justice of Israel’s cause, not because Labors’ chief fund-raisers were first the Jew Michael Levy and then the Jew Jonathan Mendelsohn (both are now members of the House of Lords). And during the current Conservative government, David Cameron, Theresa May and Boris Johnson have been ardent Zionists because they too accept the justice of Israel’s cause, not because the Conservatives’ chief fund-raisers have been first the Jew Sir Mick Davis and then the Jew Sir Ehud Sheleg. 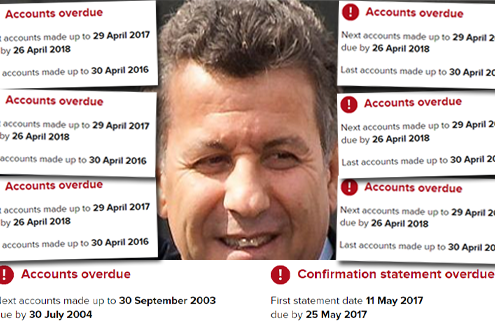 Despite the importance of his role as Conservative Party Treasurer, the Jewish millionaire Ehud Sheleg is almost unknown to the general public. Few people would even recognize his name. Even fewer know that he is an Israeli citizen, born in Tel Aviv, and has openly stated that Britain takes second place in his affections: “I was brought up, albeit in Israel, with the sentiment of very strong ties to Britain. In the family of nations, this has to be my favourite one. Second to my homeland, of course.” But why should anyone be interested in such biographical trivia? Only a vile anti-Semite would suggest that Sheleg might seek to influence government policy for the benefit of Jews and Israel, rather than for the benefit of Whites and Britain.

Keir Starmer certainly isn’t going to raise any uncomfortable questions about Sheleg’s role in the Conservative government. He would be denounced as an anti-Semite if he did, of course, but that doesn’t explain Starmer’s silence. He’s silent because he doesn’t see anything wrong in Israel-firsters like Sheleg and Chinn being in control of British politics. Starmer has a Jewish wife and is funded by Jewish millionaires. Like Boris Johnson and Tony Blair, he’s a wholly owned subsidiary of Zionism Inc. I don’t think he will ever become British prime minister, but if he does, we will hear a familiar refrain: “Meet the new boss — same as the old boss!” Britain’s anti-White and pro-Jewish politics will proceed as before. Gold guides goyim and Jewish money controls British politics. See above.

One thought on “Funding Both Sides: How Jewish Money Controls British Politics”