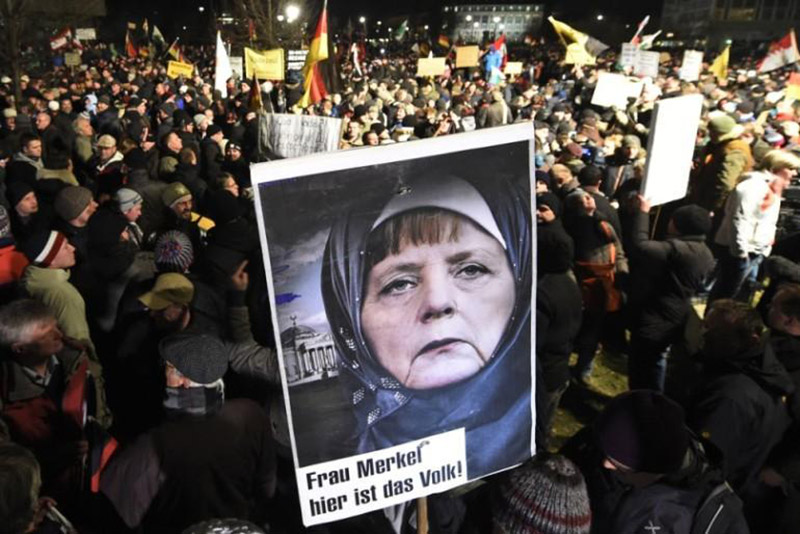 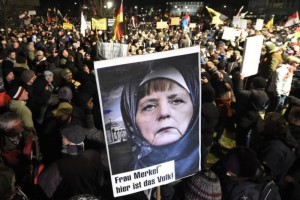 Despite controlled media coverage pretending that ordinary Germans welcome the nonwhite invasion of Europe, in reality they are opposed to it and want the invaders deported, some German politicians have admitted.

The admission has emerged in the infighting aftermath within the German coalition government’s about turn over its “open borders” policy—even though these same politicians deliberately forced through “refugee” policies which they knew the German people opposed.

The current German government is comprised of a “center-left” coalition between Angela Merkel’s Christian Democratic Union of Germany (CDU), its sister party in Bavaria, the Christian Social Union in Bavaria (CSU), and the Social Democratic Party of Germany (SPD).

The first indication that this grand coalition had cracked over Merkel’s declaration that Germany would accept “unlimited” numbers of nonwhite invaders, came with the surprise announcement on Sunday September 13, that the German border with Austria was being closed.

Significantly, the announcement was made by the German Interior Minister, and not by Merkel who, as late as Friday, September 11, was still insisting that anyone was welcome in Germany.

However, CSU leader Horst Seehofer, who is also Prime Minister of Bavaria, was the first to attack Merkel, calling her decision to allow the invasion an “unparalleled historical mistake.”

Seehofer told Der Spiegel magazine: “It was a mistake that will occupy us for a long time yet. I see no possibility of putting the cork back into the bottle.”

Then the CSU vice chairman and former Minister of Transport, Peter Ramsauer, told the Bild newspaper that he must “warn against demanding too much. The mood of the population is already nearing tipping point, and we cannot afford that. The public wants it stopped and rejected asylum seekers to be deported. We must not overburden the citizenry’s tolerance.”

German Transport Minister Alexander Dobrindt (CSU) warned that the “limits have been reached, and this message must be unequivocally sent out. We will take a long time to sort out the existing difficult situation. Now, effective measures are needed to stop the influx.”

The controlled media has continually tried to present the German people as welcoming the invasion, relying on images of a few hundred far-leftist fanatics applauding arriving invaders at Munich railway station.

However, both in official opinion polls and on social media, the true voice of the German people has been heard.

A Eurobarometer opinion poll conducted in February this year found 71 percent of Germans opposed Third World immigration outright, and 45 percent wanted illegal immigration into the EU “counteracted at both EU and national levels.”

The same opinion poll found that opposition to Third World immigration was even higher in Italy (75 percent), Latvia (79 percent), and Slovakia (74 percent).

The German reaction on social media against the nonwhite invasion has been even more stark, and has taken on such proportions that Merkel has personally asked Facebook to act against those making derogatory comments about the invaders.

Speaking to the German newspaper the Rheinische Post, Merkel said that “When people stir up sedition on social networks using their real names, it’s not only the state that has to act, but also Facebook as a company should do something against these slurs.”

The conflict within the government coalition has confirmed that there is serious unease over the invasion, and that voters are extremely unhappy with developments.

The sudden closure of the borders has, without doubt, been influenced by public opinion—and time will tell how the problem of the invaders already present in Germany will be dealt with.