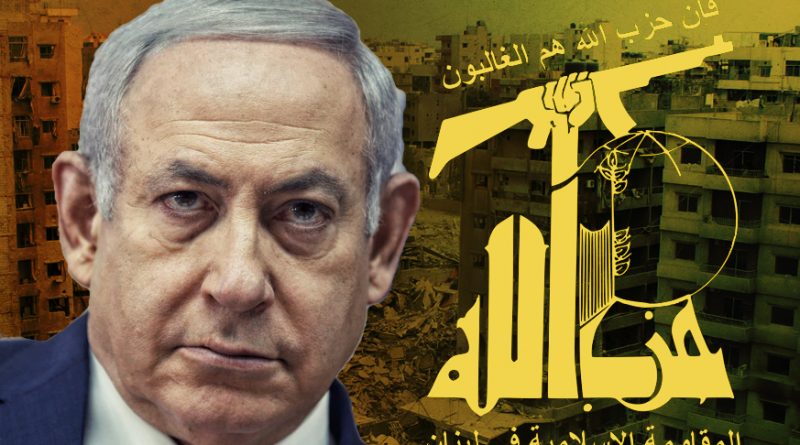 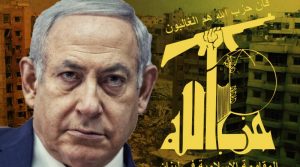 It will be up to you, the clueless American citizen, to fight and pay for Israel’s war against its neighbors. This coming war was announced this week by Aviv Kochavi, the Israel Defense Force chief of staff. 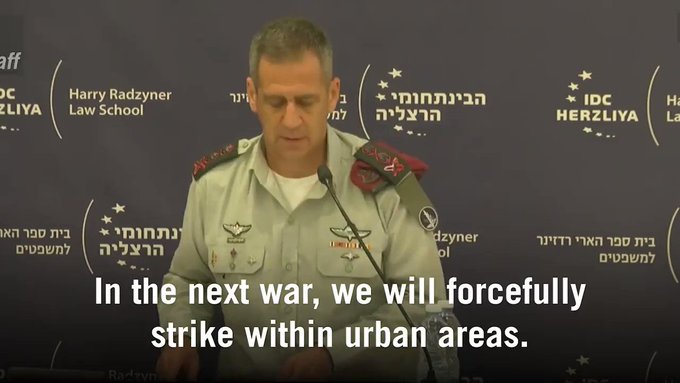 2,651 people are talking about this

Kochavi’s “lecture at the Interdisciplinary Center Herzliya seemed to be aimed at both the ears of Israeli citizens and the ears of Iran, Hezbollah and Hamas,” reports Ynet, the online outlet for Yedioth Ahronot propaganda.

Kochavi “sought to adjust the public’s expectations, while simultaneously sending a message of deterrence to the enemy,” the newspaper continues.

This was an attempt to convey to the Israeli public that the home front will come under intense fire and the army will suffer great losses.

All of this plays an important part in preparing for a wide-scale military conflict. It’s important to remember, however, one of the vital parts in waging a military conflict is setting clear and achievable goals, and that is the job of the IDF and the political echelon.

Part of the current propaganda effort is to prepare the Israeli people to live in bomb shelters while their homes, schools, and hospitals are bombed—little different than what Israel has done in Gaza and did in the past to Lebanon—and “allocate hundreds of millions of shekels to obtain air defense systems that are able to thwart any potential missile attack Iran may launch at Israel.” The track record on the effectiveness of these so-called defense systems is dismal.

Last year, Israel’s David’s Sling missile defense system failed stupendously to intercept missiles fired from Syria, a neighbor obsessively bombed by Israel over the last few years. “This has been a recurring problem for nations with substantial investments in interceptor missiles. The costly missiles have tended to perform poorly in even the most favorable tests, and using them against perceived threats, as today, risks very public failures,” writes Jason Ditz.

So, basically, Kochavi has told the Israeli people they will suffer inestimable losses in human life and property and their children will be conscripted to fight and die in order to pound Iran to dust, something the little country of Israel—which would not exist without American largess dispensed under what amounts to a voodoo trance—is unable to do on its own.

This means, of course, the US military will be obliged to finish what Israel has long itched to start—a regional war to reduce Iran, Gaza, Syria, and Lebanon to smoldering ruins similar to those created by the psychopathic “creative destruction” neocons during the years of Bush the Lesser.

Kochavi played fast and loose with the lives of Israeli citizens, who are as brainwashed and oblivious to their destruction as millions of Americans.

“Although such actions could lead to an escalation in violence and casualties, they put Israel back in the driver’s seat and allow it to redirect the dynamics in the needed direction [in the direction of Zionist domination of the region and the continued dispossession of the Palestinian people],” Kochavi summarized.

The willingness to act sends a message to the enemy that contrary to Israel’s image as a country that only launches airstrikes and is not prepared to absorb casualties, the willingness to exert force and risk that price to ensure peace for its citizens, reinforces Israel’s deterrence and may delay a major confrontation, or alternatively allow us to control one when it finally happens.

This message—prepare for immense suffering, standby and witness your relatives and friends blown to bloody pieces in the name of Zionist domination—is not simply intended for the fat and happy living in the racist and ethnic cleansing state of Israel. It is, as well, a message to the American people—you will be required to fight the Zionist war of domination, a war Israel knows it cannot win, never mind the fantasy Israel will win any contest due to its “skilled and deadly ground forces.”

Congress has repeatedly, over successive decades, promised that it will not only subsidize Israel, but fight its wars as well. This would be impossible if not for endless propaganda portraying tiny Israel locked in am existential battle with a world of antisemites.

THANK YOU Congress and thank you @AIPAC!!

(But one thing: Please don’t call it “security assistance” – Israel’s GDP is $370 billion and we don’t need financial assistance. The $3.8 bill is a investment into a joint security development fund that protects both the US and Israel.) https://twitter.com/AIPAC/status/1207767475607277587 …

AIPAC applauds Congress for providing the full $3.8 billion in security funding to Israel, without added conditions, as outlined in the 2016 U.S.-Israel Memorandum of Understanding. This includes $3.3 billion in security assistance & $500 million for missile defense cooperation. 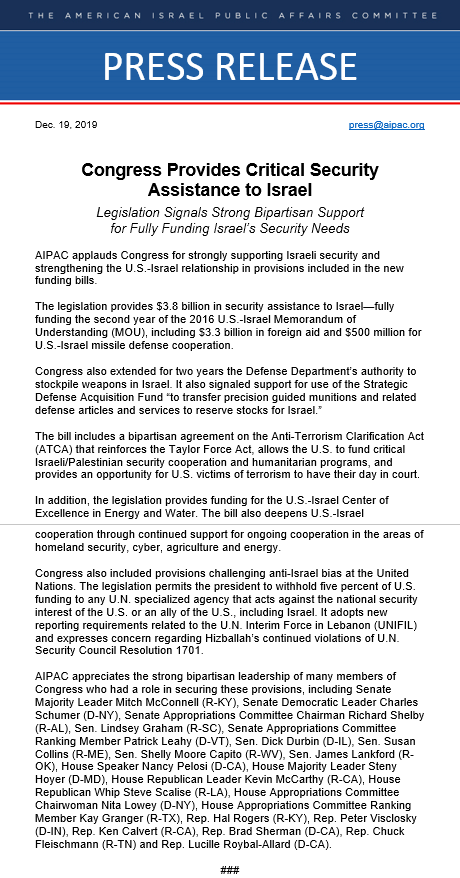 20 people are talking about this

95% of Congress is ok with Israel’s torture of Palestinian children#Palestinian children are regularly beaten, tortured, & imprisoned by Israel. Congress member @BettyMcCollum04 has introduced a bill to stop U.S. tax dollars from funding this… 1/
Read: https://bit.ly/2P7SUdV 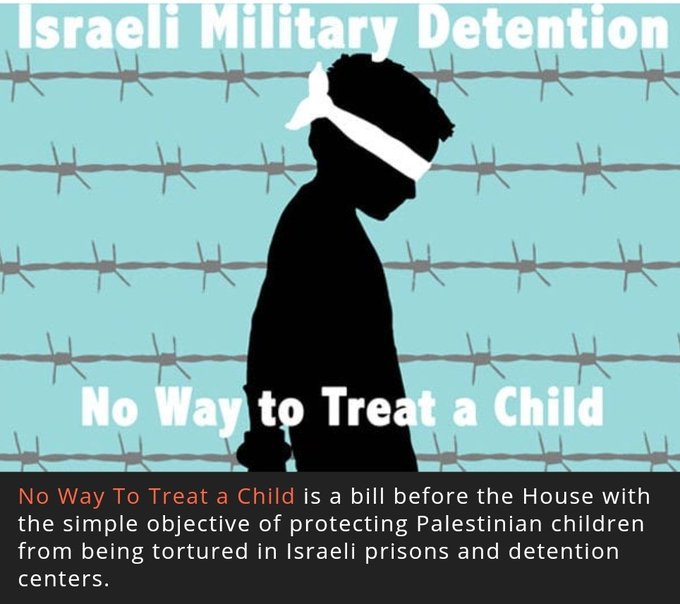 98 people are talking about this

“Indeed, one might argue that there is a tendency in Washington to see the world and even domestic policies through Israel’s eyes,” writes Philip Giraldi. “One might even suggest that the United States government is being progressively Zionized because of the free hand that Israel and its supporters have, which gives them the ability to seek benefits for Israel that they would be unlikely to pursue for the United States.”

The remarks of Colonel Pat Lang, a former special ops officer and head of the Defense Humint Service, are worth quoting at length.

It’s an open question but I think the answer is probably yes. The U.S. military now seems to be totally focused on Israeli policy goals in Iran, Syria and Iraq… Israel wants Iran neutered and eliminated as a power rival in the Middle East. The putative Iranian nuclear weapons program is just one target of Israeli policy toward Iran. To reach the goal of Morgenthau-style comfort with regard to Iran, Israel wants to destroy Syria and Hizbullah as allies of Iran… The process of conditioning American officers to make them Zionists has been ongoing for a long time… Americans are mentally driven by aggressive sports analogies and Israel was a winner [of the 1967 “Six Day War”]. That made a big difference in spite of the repeated day long attacks by the Israeli air force and navy against U.S.S. Liberty, an American SIGINT collector positioned off the Egyptian coast…  The indoctrination and conditioning program described by Shoshana Bryen began in earnest after that and has carried through to the present under the umbrella of AIPAC and its galaxy of linked organizations especially JINSA. This program has been wildly, incredibly successful. As a result, there is an unthinking willingness among senior, and not so senior American officers to support Israeli policy in Iran, Syria, Lebanon, Palestine and now Saudi Arabia. The handful of M[iddle] E[ast] trained and educated U.S. officers are ignored, treated as technical experts or shoved out the door when they speak up.

This control of the US military by a foreign power was admitted by Shoshana Bryen. She is an ardent neocon involved in the indoctrination of US military personnel, a former director of the Jewish Policy Center, and a senior director of Jewish Institute for National Security Affairs. “The United States military… is a Zionist institution,” she said, according to Pat Lang.

This means that a fight initiated by Israel against Iran and its “proxies” will certainly involve the US military. Criticism of this war by the people who will pay and die for it will be censored, denounced as antisemitism, and declared to be treason (recall the corporate media talking heads excoriating antiwar activists during Bush’s illegal invasion of Iraq in 2003, most notably Bill O’Reilly at Fox News).

I hate to end this post on a sour note, but there really is no other choice. Israel has long prepared to attack Iran—and Hezbollah in Lebanon (the 2006 effort failed)—and has demanded the US do the dirty work despite the fact there is no chance Iran will bomb the US with its intermediate missiles. Chants of “Death to America” are rhetorical and hardly a threat.

But then, as the arch neocon above admitted, the Pentagon is Zionist occupied territory. Add to this the unswerving support of Congress for Israel’s crimes against humanity—and its tireless effort to shut down any opposition to the endless violence of Zionists (including subverting what is left of the Bill of Rights)—and you can bet your bottom dollar we will be sucked into another catastrophic war.