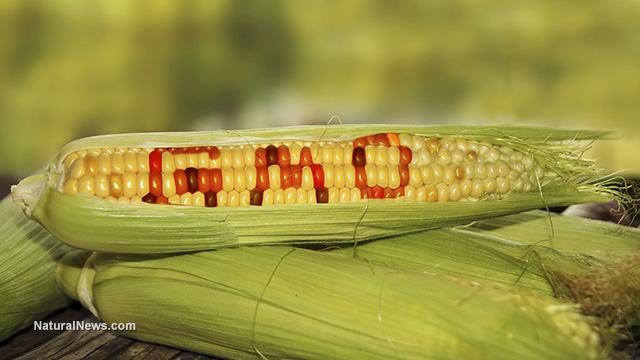 Over the years of watching and occasionally blogging about the international scope of the GMO issue, I’ve also watched the development of GMO geopolitics, as I like to call it. We may conveniently define this in two ways: (1) those powers of nations which are home to large agribusiness cartels and trusts, like the USA or Germany with IG Farbensanto, will pursue agricultural policies on the world stage designed to curtail, and eventually eliminate, natural (or as they’re sometimes called, heirloom) seeds, thus gaining control over the world’s food supply, and enriching themselves in the process, since heirloom seeds cannot be patented and charged a royalty for use, while GMO seeds can. In pursuit of this nothing-less-than-diabolical goal, any science or counter-arguments about the health and/or environmental safety of GMOs, or, in some cases, studies about falling yields and rising cost studies that would indicate heirloom seeds are a better investment than GMOs, will be suppressed. Farmers who have not planted GMOs will be hauled into court is GMO plants are discovered on their property, and sued for non-payment of royalties, even though the presence of GMOs on their fields might have been the result of natural processes. You get the idea. The counterpart of this is (2) nations or powers that do not rely on GMOs for their agricultural production can, by careful marketing, actually capture a large share of the world’s agricultural trade, since many people don’t want to eat foods that have been genetically modified. Such nations will also engage in their own counter-propaganda pointing out the problems of GMOs, of GMO corporations and their “behavior”, and so on.

With billions at stake in profits on either side, and with the ultimate prize, corporate control of the world’s food supply in the hands of people like IG Farbensanto, it should come as no surprise that GMOs have been the quiet “players” in recent events, from the coup in the Ukraine, to… well, we’ll get to that in a moment in today’s high octane speculation.

But first, consider this article shared by Mr. M.A.:

A Turkish project to preserve 17 varieties of #Syrian wheat

The story is simple enough:

The Agricultural Research Institute has launched “the Southeast Anatolia Development Project” which is a project to cultivate 17 varieties of Syrian wheat in cooperation with the Qatar Red Crescent, to protect these seeds from extinction and re-plant them in Syria in the future.

The director of the center, “Ibrahim Khalil Getner” told Anadolu news agency many plants are vulnerable and will disappear in Syria, and the agricultural activities have reached the point of cessation, stressing that “more than 20 varieties of wheat is threatened of extinction because of the crisis.”

He added that Ankara had been forced to move to mitigate the consequences of the crisis on the future of the neighboring country. The Qatari Red Crescent brought 17 types of wheat threatened to disappear, nine of which were for the pasta industry and 8 for bread. (Emphases added)

Now, there’s two things to note here: (1) Turkey is playing the role of “concerned regional agricultural citizen”, a role which I don’t buy for a moment, since it’s been instrumental in helping exacerbate the crisis in the first place, and (2) Syria’s agriculture, as a result of the crisis, is faced with the extinction of “more than 20 varieties of wheat,” varieties which, let us add, have been carefully cultivated and bred through centuries of agronomical practice.

So on to the high octane GMO geopolitics speculation. Ever since the disastrous post-9/11 U.S. interventions in the region, the standard explanations for the U.S. presence have been about oil, about controlling the Middle East’s supply of oil and its transportation. Concomitant with that explanation is a corollary: that the U.S. presence is also about counter-acting China’s silk road plans, and gaining control of pipeline routes, railroad routes, and so on.

But what if there’s been another hidden agenda all along? To eradicate the Middle East’s supply of heirloom seeds, and to make the Middle East reliant upon western GMO suppliers? A little thought will reveal that this may not be so far-fetched, because two nations in the region, in particular, had national seed banks storing heirloom seeds:

And with that said, one wonders if Iran does as well (and I’d be very surprised if it didn’t).

From the standpoint of “GMO geopolitics,” it makes some sense. GMOs were a factor in the coup against the government of The Ukraine, as certain large American “agribusiness” companies had obtained special rights and port facilities along the Black Sea. Thus, President Putin’s re-incorporation of the Crimean peninsula into the Russian federation may not have been merely about its Black Sea Fleet’s base at Sevastopol, but also about denying certain ports to those companies, and about the ability to interdict the rest. Russia, after all, is not a GMO-growing country, as I’ve pointed out from time to time. In fact, there is serious indication that Russia is playing GMO geopolitics game number two. In terms of the Middle East, controlling and switching its food supply from heirloom to GMO seeds would provide the West with a revenue stream to counteract the outflow from purchasing Middle East oil, and be a means to control a far more valuable resource and commodity: food. On this view, it isn’t just about oil, or the threat of Iranian a-bombs, it’s about food.

My bet? If the Syrian crisis ever does resolve, I wouldn’t expect Turkey to be too willing to sell those seeds or even give them back (after all, they belong to Syria in the first place). Turkey will be “lobbied,” threats will be made, payola will change hands under the table, and IG Farbensanto will  be granted “special market concessions.” You get the idea.