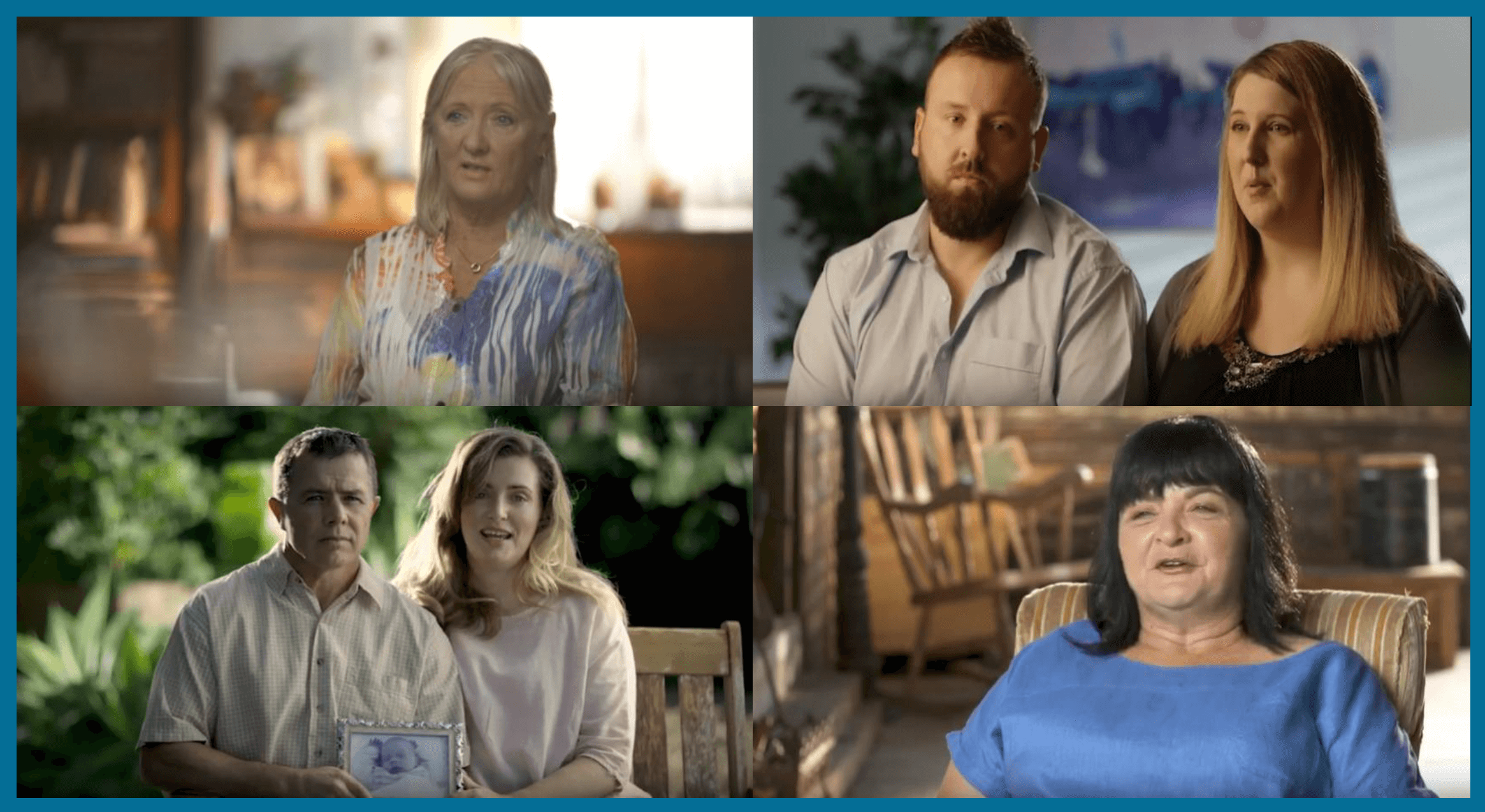 Trigger warning – those videos contain false and misleading claims, so watch them at your own peril. Like her fellow Stop the AVN mandatory vaccination activists, Cecily has a staggering sense of entitlement combined with a callous disregard for parents who have lost children to vaccination.  She has a long history of trolling the AVN, going as far as crashing AVN events attended by grieving parents whose children have died from vaccination.

Immunisation advocate Cecily Johnson takes a photo of her daughter Laine and her death certificate to anti-vaccination meetings to fight their message that “immunisation harms” after Laine lost her life to complications from measles.

Laine should have turned 30 last week, but she passed away in 1995 from subacute sclerosing panencephalitis, an infection related to the measles that left her blind and unable to walk or talk.

Seven years after she contracted measles as a 10-month-old baby, Laine told her mother she felt “dumb” – it was the first sign of a complication caused by the measles virus that afflicts two in every thousand.

Laine had not been vaccinated against measles as the first jab is only given at 12 months of age.

Mrs Johnson says she’s worried parents who attend anti-vaccination meetings aren’t given the facts about the deadly effects of not vaccinating their children.

At meetings, she questions their claim that no children have died from measles and then “I pull out a picture of my daughter in a coffin to shock them”, she says.

Source: I lost my child to Measles

To our knowledge, Cecily has not revealed publicly whether or not her daughter was vaccinated against Measles despite having had the disease.  This is important, because it has been reported that MMR vaccination can cause SSPE. Renay Newman is a long-term member of Stop the AVN

Freedom of Information (FOI) decision documents provided to the AVN by a member of the public show that the Hughes and McCafferys were paid talent fees by a company contracted by the federal Department of Health to produce the ‘Get the Facts’ videos.  The government contracts website shows that this company received $608,652.00 for phase one of the campaign.

Document 1 is a decision by the FOI section of the Department of Health refusing access to the documents requested.  Notably, the Hughes and McCafferys did not consent to the release of the documents.

Extract of page 5 of FOI decision

What are they hiding?  They must have been paid quite handsomely otherwise why would they seek to prevent the release of the documents?  Ka-Ching!

The decision-maker appears to have defended them by asserting (on page 5) that the “families did not request payment for their story”, as if that is somehow relevant.

(on an unrelated note, Catherine Hughes was also recently granted over $20,000 by the AMP Foundation)

Document 2 is a decision affirming the original decision to deny access to the documents in response to a request for an internal review.

Although payments made to Cecily Johnson and Renay Newman were not included in the Freedom of Information request, we have no reason to believe that they weren’t also paid talent fees.

The obvious question arises as to why members of a mandatory vaccination lobby group (some with links to vaccine manufacturers), and who were responsible for convincing politicians about the alleged imperative for coercive vaccination laws using multiple falsehoods, have been paid by the department responsible for advising government on vaccination.

This represents nothing short of corruption, for which there should be an immediate inquiry.