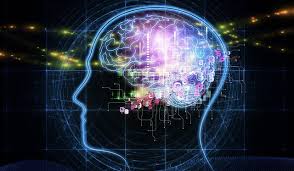 Two heads are better than one, and three monkey brains can control an avatar better than any single monkey. For the first time, a team has networked the brains of multiple animals to form a living computer that can perform tasks and solve problems.

If human brains could be similarly connected, it might give us superhuman problem-solving abilities, and allow us to communicate abstract thoughts and experiences. “It is really exciting,” says Iyad Rahwan at the Masdar Institute in Abu Dhabi, UAE, who was not involved in the work. “It will change the way humans cooperate.”

The work, published today, is an advance on standard brain-machine interfaces – devices that have enabled people and animals to control machines and prosthetic limbs by thought alone. These tend to work by converting the brain’s electrical activity into signals that a computer can interpret.

Miguel Nicolelis at Duke University Medical Center in Durham, North Carolina, and his colleagues wanted to extend the idea by incorporating multiple brains at once. The team connected the brains of three monkeys to a computer that controlled an animated screen image representing a robotic arm, placing electrodes into brain areas involved in movement.

By synchronising their thoughts, the monkeys were able to move the arm to reach a target – at which point the team rewarded them with with juice.

Then the team made things trickier: each monkey could only control the arm in one dimension, for example. But the monkeys still managed to make the arm reach the target by working together. “They synchronise their brains and they achieve the task by creating a superbrain – a structure that is the combination of three brains,” says Nicolelis. He calls the structure a “brainet”.

These monkeys were connected only to a computer, not one another, but in a second set of experiments, the team connected the brains of four rats to a computer and to each other. Each rat had two sets of electrodes implanted in regions of the brain involved in movement control – one to stimulate the brain and another to record its activity.

The team sent electrical pulses to all four rats and rewarded them when they synchronised their brain activity. After 10 training sessions, the rats were able to do this 61 per cent of the time. This synchronous brain activity can be put to work as a computer to perform tasks like information storage and pattern recognition, says Nicolelis. “We send a message to the brains, the brains incorporate that message, and we can retrieve the message later,” he says.

This is the way parallel processing works in computing, says Rahwan. “In order to synchronise, the brains are responding to each other,” he says. “So you end up with an input, some kind of computation, and an output – what a computer does.” Dividing the computing of a task between multiple brains is similar to sharing computations between multiple processors in modern computers, he says.