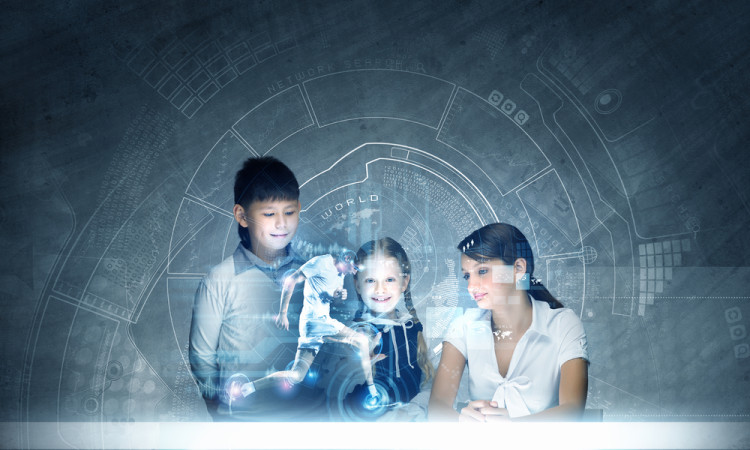 Microsoft Research showed off new communications technology that relies on holograms to holoport people, but it still requires a lot of work

Microsoft has perhaps brought fictional Star Wars technology finally to life by creating “holoportation” – a 3D video capture system which allows users to transport their holograms to other locations. While the world is not quite at the teleportation stage just yet, holoportation brings sci-fi tech to life, but in a fairly limited capacity. The technology is not as simple as tapping a watch to bring up a hologram – it requires an elaborate set of motion-capturing equipment, and perhaps equally impressive computing power, to make it work.

Interactive 3D Technologies, part of Microsoft Corporation’s (NASDAQ:MSFT) research division, has created this technology which can facilitate remote face-to-face conversations. The YouTube video by I3D shows Shahram Izadi, research manager for the product, standing in a room appearing to talk to different people. He demonstrated how the technology works, by talking to different people including his own daughter.

He mentioned how Microsoft had to create new 3D capture technology, which requires the user who wants to be holoported to be surrounded by 3D cameras developed by the Microsoft Research team. Each camera captures the user from a different point, and the output is fused together in a temporally consistent model. A HoloLens tracking system allows users to take a 3D model and place it in the real world in real-time. The data is textured, compressed, and transmitted to the receiver, who will need to wear a HoloLens device to see the holoported person in front of them.

Mr. Izadi showed how he was able to communicate with his daughter, who holoported in the room since she was surrounded by the capture rig. Since she did not have a HoloLens device on, she was not able to see her father, but she could still hear him. After the session was complete, the Microsoft Research project lead showed the rig’s playback capabilities, which could play back the entire conversation in 3D. This allows users to replay conversations in an eerie fashion, hence going back in time. The whole experience is reminiscent of the pensieve from Harry Potter, which allows users to relive stored memories.

That said, this technology is also adaptable in terms of scale. Users can shrink down the subjects in the stored footage; if two people were shown conversing with each other, the size of the two people could be reduced to fit even on a coffee table. This particular feature can perhaps be used by tech giants to shrink down 3D capturing technology in the future – perhaps allowing users to communicate through a smartwatch, much like in sci-fi movies?

It is interesting to note that the figures are surrounded by a blue light, so the output is not entirely natural. There also appeared to be a bit of a lag in the video transition, resulting in the user’s movements being mimicked a second later. This appears to be akin to when a Skype call starts lagging, but given that this type of live recording technology is still in infancy, maybe Microsoft will iron out this issue in the long term.

Another drawback of this technology is that users cannot actually touch each other. This was expected, given that the tech is called holoportation, not teleportation. However, as with most technological advancements, one cannot completely put it past Microsoft incorporating technology that gives users the impression of touch. For example, it might be possible for Microsoft to give the impression that users are high-fiving when in a holographic state by allocating sensors for both parties involved in a holoportation session.One more problem with the HoloLens is the field of view, which does not appear to be as expansive as the one regular VR users would experience. That said, the main logistical issue appears to be the need to wear a HoloLens headset to actually see the other person in a 3D surrounding. Even so, the holoportation device can be useful in conducting business meetings for companies who have employees spread out across the globe. The potential cost of the hologram device (not unveiled yet) might end up being more feasible than paying for trips when conducting global meetings. More information about this rig, including the pricing, will perhaps be unveiled at Microsoft’s BUILD conference in April.
Source: http://www.bidnessetc.com/66188-microsofts-holoportation-rig-brings-star-wars-type-holograms-life/

One thought on “holoportation: virtual 3D teleportation in real-time”