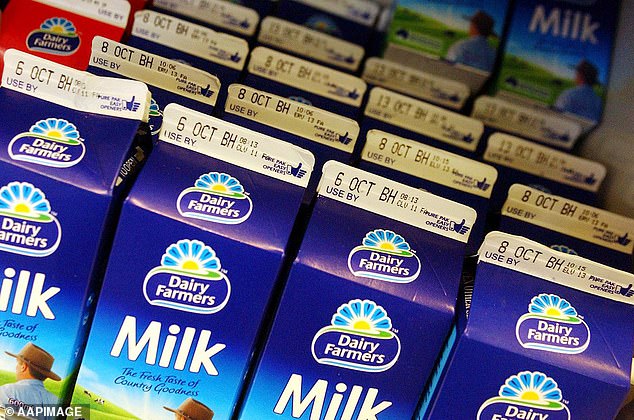 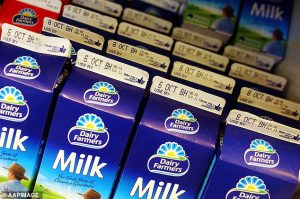 Australian milk brands Big M and Dairy Farmers have been given the green light to be taken over by a Chinese company.

The whopping $600million deal was announced on Friday after the Australian Consumer and Competition Commission said they would not oppose the takeover of either of the brands by China Mengniu Dairy Company Ltd.

Following research of the potential impact on competition, Mick Keogh, the ACCC’s deputy chair, said Burra and Lion D&D are not close competitors which makes the takeover fair.

‘Two other large raw milk buyers remain in the Gippsland region, Saputo and Fonterra, as well as some smaller processors.’ 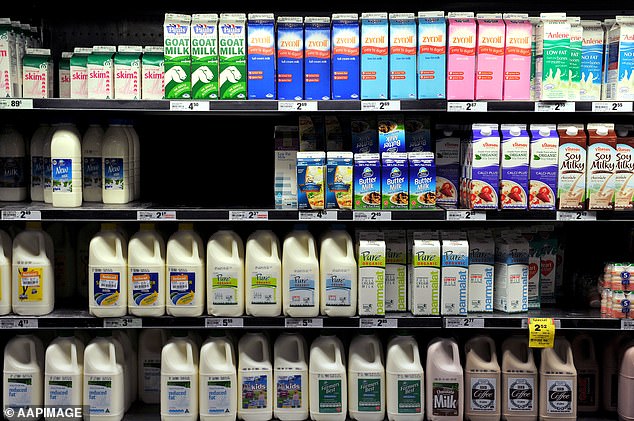 In 2011, Mengniu came under fire after it was found they were selling milk contaminated with a cancer-causing substances.

A government watchdog found the milk to contain the substance aflatoxin, which is produced by fungus that can cause severe liver damage, including liver cancer.

The company apologised to it’s consumers after destroying all contaminated milk and ensured customers that none of the tainted products made its way to supermarket shelves.

‘Mengniu would like to express our sincere apologies to consumers,’ the company said.

‘We will draw a big lesson from this incident and will work harder to meet all national and corporate standards on quality in the future,’ it said.

Australian powdered milk is still highly sought after in China after six children died from consuming poisoned powered milk in 2008.

Mengniu is a Chinese dairy company listed on the Hong Kong Stock Exchange.

A subsidiary of Mengniu owns a 43.35 per cent minority interest in Inner Mongolia Fuyuan International Industrial (Group) Co., Ltd, which in turns owns 51.35 percent of Burra.

Burra is an Australian producer and wholesale distributor of dairy products. It has one raw milk processing facility located at Korumburra in Gippsland, Victoria.