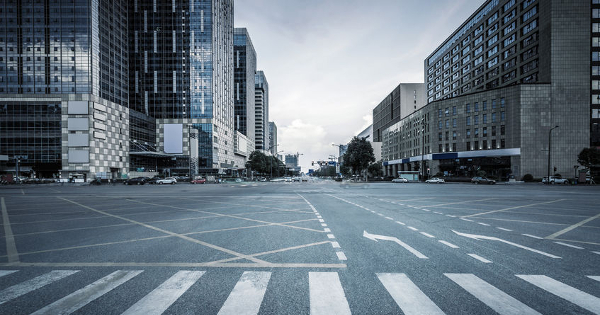 The idea of a country-wide shutdown order from the Trump administration appears to be a nonstarter. As reported last week, states have moved individually to enact various levels of ‘stay at home’ orders. At the time of this writing [Saturday, 3/28/20, 5pm EST], 24 states, or over half of the U.S. population, is being urged to stay home.

With the current climate in America and across the world, the surveillance state is leaping into action. Able to move freely and embed itself more intrusively into our lives, there is concern that the solutions being proposed may have longer lasting negative effects than the current problem they’re purporting to address.

In a recent interview Edward Snowden, former National Security Agency contractor who leaked documents about mass surveillance activities, said governments can extend the access they have to people’s personal information during a crisis and use it to monitor their actions.

“We absolutely must, must, resist government run amok taking advantage of a crisis. This is how your liberty dies. Stand up America and resist.”

“Rhode Island plans to send the National Guard out to knock door-to-door in an attempt to hunt down anyone who has arrived in the tiny state from New York City during the coronavirus pandemic. State police, meanwhile, have begun pulling over cars with New York state plates.”

Chicago Mayor Lori Lightfoot delivered a public warning to residents stating, “Only go out for essentials. You have to readjust your thinking.” Concerning gathers Lightfoot stated, “Not only will our police be deployed to shut them down if you are not abiding by these orders we will be forced to shut down the parks and lakefront…You cannot go on long bike rides. Playgrounds are shut down. You must abide by the order.”

Regular mainstream news headlines are now regularly proclaiming that ‘We’re not going back to normal‘ and that social distancing is here to stay. How will it be enforced moving forward? While police are becoming acclimated to ‘a new beat‘ to enforce social distancing, the ground is being laid for such resources-consuming and limited solutions to give way to tech-based surveillance.

Data protection ‘officials’ around the world are loosening rules on how your data can be used during the COVID-19 outbreak. Italian and U.S. based research group Ghost Data, in collaboration with LogoGrab, are targeting regions in Italy where residents were supposed to be on lockdown. Ghost Data used data mined from Instagram to automatically identify people and places. The company found at least 33,120 people violated Italy’s quarantine orders. The researchers said permission to collect the data wasn’t necessary because the posts are public. Users weren’t asked to give their consent.

The World Health Organization has called for ramping up technology to track the spread of COVID-19 while praising the ‘Chinese response’ on several occasions. With the U.S. recently overtaking China in tested cases of COVID-19, the talking point is now ripe for ‘officials’ to attempt to ease America towards Chinese-style tracking and censorship to fight the virus better…like China did.

As the talking point emerges, the narrative is already racing for you to accept it as a forgone conclusion. Forbes reports ‘COVID-19 Phone Location Tracking: Yes, It’s Happening Now–Here’s What You Should Know.’ Labeling the UK and U.S. as “countries within which the sacrifice of freedom still causes anxiety, despite the clear public interest.” Forbes latches on and runs with the ‘China good, America bad,’ psychological operation writing “It turns out that after years of critiquing China’s surveillance state, come the crisis there were some useful lessons to be learned.”

Another aspect of past totalitarian regimes poking into modern America is the snitch culture where citizens are prodded to report on their neighbors. Police in Bellevue, Washington have launched an app which will allow residents to report violators of the states ‘stay at home’ order. The app generates a heat map showing where there are potentially ‘illegal’ gatherings or business activity for police to respond to.

Similarly, Michigan’s attorney general is asking residents to contact local law enforcement for violators. “Consequences will result to those found to be in willful violation…” statedAG Dana Nessel

California recently quarantined its entire population citing that without it, over 25 million risk infection. In Los Angeles, the mayor went a step further threatening to cut power and water for businesses violating coronavirus orders.

In an eye-opening Op-ed, American Constitutional lawyer Robert Barnes recently wrote, “The real pandemic threat is here. It’s the panic that will quarantine our Constitution.” Barnes concludes in part, “Our founders were intimately familiar with pandemics, viruses and plagues, yet they did not allow any to suspend our Constitutional liberties.”

A trauma-based seed is being planted in much of the global population. The future idea of a ‘lockdown’ response at the snapping of government fingers for real, perceived or manufactured crises is attempting to root. Micromanaged intrusion into and tracking of one’s life instantly sidelining the Constitution and Bill of Rights are ‘common sense’ reactions officials will expect from populations moving forward. How we move into the future from this point will shape a culture rapidly polarizing at opposite ends of agreement or opposition to the dystopian aspects of the COVID-19 response.

Jefferey Jaxen is a researcher, investigative journalist, writer and host of the Jaxen Report on the front lines of society’s shift towards health freedom and higher consciousness.

Disclaimer: This article is not intended to provide medical advice, diagnosis or treatment. Views expressed here do not necessarily reflect those of GreenMedInfo or its staff.
This article is copyrighted by GreenMedInfo LLC, 2020
Visit our Re-post guidelines