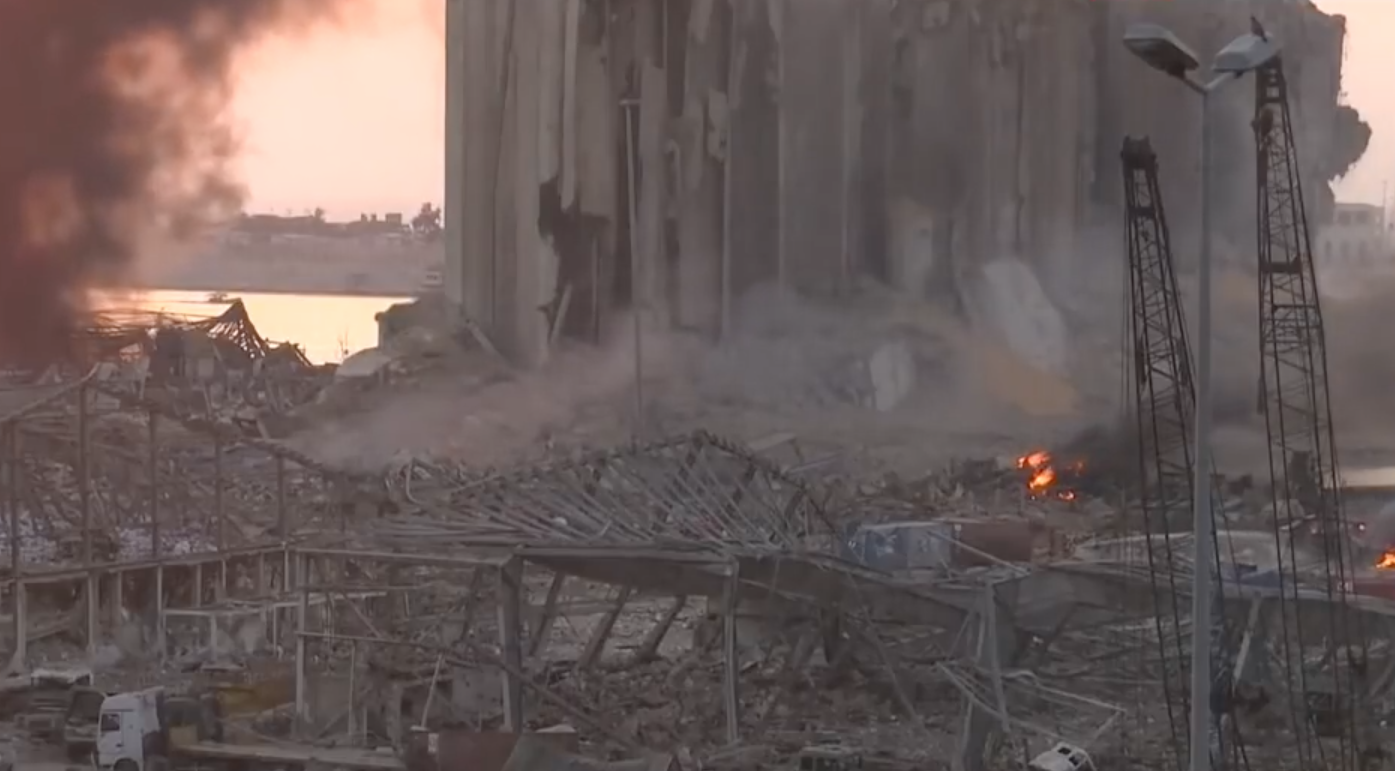 This was published 5 days ago as a warning.  Today’s attack, confirmed, is Israel protected by Trump teaching helpless Lebanon a lesson.

A senior defense official told Yisrael Hayom that Gantz issued the order to prepare such a response during meetings on Thursday with IDF Chief of Staff Lt. Gen. Aviv Kochavi and other members of the general staff.

Tensions have rapidly escalated between Israel and the terrorist organization since the death of Hezbollah terrorist Ali Kamel Mohsen Jawad, along with two other terrorists, during an airstrike on Damascus International Airport earlier this month.

Hezbollah has vowed revenge for Jawad’s death, leading the IDF to move reinforcements to the northern border in preparation for an attack by the Shiite terror organization.

In Thursday’s meetings, Kochavi presented the IDF’s position on the matter, saying Israel must hold Hezbollah and the Lebanese government responsible for any future attack and its consequences.

According to the defense official, Israel didn’t kill the Hezbollah terrorists who attempted to carry out an attack in the Har Dov area on Monday, and didn’t release footage of the incident, in order to give the terror group a chance to save face and de-escalate the situation, but that Hezbollah was not taking the opportunity.

“If [Hezbollah] tries perpetrating another attack, we will see an unusual response from the IDF against [the organization] and the country of Lebanon,” the official said.

Following the Second Lebanon War in 2006 – in which Israel did not destroy government infrastructure – Israel has emphasized that it will also target Lebanon in any future conflict with Hezbollah. And while this threat has only generally applied to a broad conflict with Hezbollah, Thursday’s order marked the first time Israel has officially declared it will harm Lebanon even in response to an isolated tactical attack.

In recent years Israel has tried implementing this deterrence strategy in other sectors as well. Throughout the Syrian civil war, Syrian infrastructure was hit every time a terrorist attack emanated from Syrian territory. In Gaza, too, Israel targets Hamas when terrorist attacks are carried out by other groups.

Now, for the first time, Israel is applying this deterrence policy to Lebanon. This is a dramatic policy shift because in previous rounds of fighting between the IDF and Hezbollah, Israel has avoided bombing Lebanese infrastructure.

Although the current Lebanese government is extremely weak and is effectively controlled by Hezbollah, the expectation in Israel is that the coronavirus pandemic and country’s dire economic straits – combined with the fear that an Israeli offensive would be devastating – will provide the impetus for heavy pressure on Hezbollah to call off another attack.

IDF officials on Thursday assessed that Hezbollah is determined to carry out a successful attack, but one that incurs a minimal risk of an escalation.

“The coming days will be critical,” a senior IDF official said. “The IDF is on high alert for an attack” and ready to execute a harsh response.

One thought on “Israel: Nuke bombing of Beirut Retaliation against Hezbollah Attack on Golan”