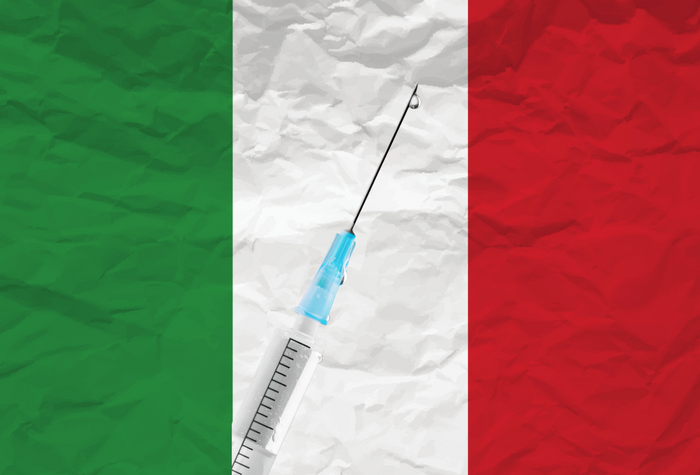 The people of Italy are currently facing an unprecedented assault on their health choice and informed consent.

A 2015 government plan in Italy aimed to boost vaccination rates and introduce a series of new vaccines triggering protests among Italian citizens. The National Vaccination Plan for 2016–18 would instantly make Italy a European frontrunner in vaccination. At the time, many questioned the sudden vaccine push. Some suspected the hand of Big Pharma behind the government’s new plan which was confirmed when the Italian Medicines Agency (AIFA) suspended Sergio Pecorelli, the president of its board and one of the authors of the new plan, because of his conflicts of interest with Big Pharma. In addition, GlaxoSmithKline made headlines in 2015 with their announcement to invest more than €1 billion in Italy over the next four years.

Now recently, The Council of Ministers, on the proposal of President Paolo Gentiloni and the Minister of Health Beatrice Lorenzin, approved an emergency decree containing what they deemed “urgent measures in disease prevention.” According to the decree, vaccinations may only be omitted or deferred in the event of an established health condition in relation to specific, documented proof by a general practitioner or pediatrician. The full language of the decree has not been made public, causing many in Italy to speculate as to what is in the document. Only a short list of bullet points has been posted on the government’s website containing the information below.

The decree has the following key measures:

The vaccinations the Italian decree demands parents comply with are:

Echoing Nancy Pelosi’s infamous 2010 statement “We have to pass the bill so that you can find out what is in it,” Italy’s mandatory vaccine orders will become public once they are signed into law by the President of the Italian Republic. Initially, the Italian government declared that children will be removed from their families for not complying and then immediately retracted the statement without explanation. It wasn’t until journalists revisited the topic that it garnered widespread public backlash, however there’s been no further official statement from the Italian government other than what little information is suggested on their website.

Many in Italy have been vocal on both sides of the vaccine push. As witnessed in other countries, false vaccine industry talking points, regurgitated through official government mouthpieces, are being increasingly dismantled with facts or simply ignored by the public. Many Italian citizens are questioning the deeper intentions and risks of mandatory vaccinations. The Italian government’s response of censorship and force is speaking volumes to those watching.

Ranieri Guerra, the director general for preventive health at the Ministry of Health speaking about the vaccine hesitancy of younger parents stated,

“The usual institutional lines of communication do not work…” Guerra continued, “We’re talking about letting them know what appropriate information they can access, rather than using whatever rubbish is published on the internet – because that’s another issue.” The government is also looking into ways of prosecuting doctors who actively persuade parents against vaccination. “This is unacceptable … it’s close to being a crime,” added Guerra.

For some public figures in Italy, there is no illusion as to what their country appears to be facing.
Italy’s populist five-star movement founder Beppe Grillo wrote in 2015,“Mandatory vaccination represented a gift for multinational pharmaceutical firms” as his party attempted to pass a law prohibiting mandatory vaccination. Recently appearing on Italy’s Radio 24, Senator Bartolomeo Pepe said, “Vaccines are not safe. I will give fifty thousand euros to those who show the opposite.” Pepe went even further saying, “The Italian Medicines Agency and The European Medicines Agency are at the service of pharmaceutical companies.”

Shortly before GlaxoSmithKline announced its €1 billion investment in Italy, The Italian Medicines Agency suddenly and without warning stopped publicly publishing its vaccine surveillance data, which tracks adverse vaccine reactions. On May 19, President of the Italian consumer advocacy group called Coordination of Associations for the Protection of the Environment and the Rights of Users and Consumers (CODACONS) Carlo Rienzi announced his organization is making a formal complaint to the Minister of Health to publish all vaccine adverse event data for the period from 2014 to present. CODACONS has activated in the face of Italy’s mandatory vaccination decree by helping parents navigate the proposed law in an effort to understand their vaccine rights.

Italy’s history of mandatory vaccination is rooted in political corruption at the hands of Big Pharma. In 1991, then Minister of Health Francesco De Lorenzo made the Hepatitis B vaccine [Engerix B] mandatory after accepting € 600 million from GlaxoSmithKline (then SmithKline Beecham). More than twenty years later in 2012, the Italian Supreme court found De Lorenzo, and his Health Ministry counterpart Duilio Poggiolini, guilty of corruption and bribery. The pair was also sentenced to pay over € 5 million each for the damages caused by the unnecessary vaccine mandate. In Italy, the right to a public education is not only guaranteed, it is also compulsory by law. The Italian government’s emergency vaccination decree, if signed into law, will be at direct odds to its own long-standing public education mandate. As for testing medical products [vaccinations] on the public, a 2016 bill was approved by the Italian Senate of the Republic. The Initiative relaxed the standards and research protections regarding clinical trials of medicines, including vaccinations, and set in motion the reorganization of the Italian healthcare system.

Despite facing what appears to be institutional and regulatory corruption, the Italian people are rapidly activating in defense of their medical rights and in protection of their children. Many have been vocal in public and online pointing out their captured governmental agencies as well as the well-documented dangers of vaccination. A national public demonstration and protest is planned for June 11 in Rome.

Jefferey Jaxen is a researcher, independent investigative journalist, writer and voice for health freedom on the front lines of society’s shift towards higher consciousness.  Visit his website here to learn more.