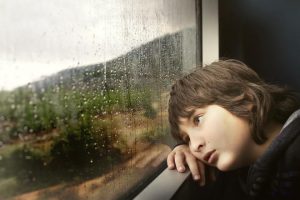 For those of you who are unaware, CFS is a debilitating illness characterized by extreme tiredness and persistent exhaustion. Other symptoms that were found listed on the NHS website include:

However, after years of speculation as to why some women develop this condition post-vaccination, one doctor in Japan believes that he has the answer.

Chronic epipharyngitis is difficult to diagnose because it is often asymptomatic and presents no abnormal gross appearance. The epipharynx is rich in lymphocytes with phenotypic analysis showing highly activated T and B lymphocytes. Ciliated epithelial epipharynx cells express class II antigen and act as antigen-presenting cells. Chronic epipharyngitis thus may act as a focal infection, similar to chronic tonsillitis, in developing various types of autoimmune disease such as glomerulonephritis and chronic skin conditions.

Between October 2014 and September 2015, Dr. Osamu Hotta and his team examined 41 patients exhibiting ‘cellios somatic symptoms’ following the HPV vaccine. Dr. Hotta explained that the most common symptoms suffered by their patients were headache, general fatigue and sleep disturbance. However, other symptoms that were listed in his presentation were:

He explained that due to their symptoms, 34 of the examined patients were unable to attend school.

To treat the condition, the team swabbed the back of their patients nose and throat with cotton swabs coated with 0.5% ZnCI2 solution (a solution of zinc chloride). Dr. Hotta explained that the degree of bleeding from the epipharynx (back of nose and throat) after treatment indicates the severity of the epipharyngitis that the patient is suffering and that surprisingly all 41 of their patients had severe bleeding indicating that they were suffering from severe epipharyngitis.

Sixteen patients consented to hospital observation in order to (undergo) invasive epipharyngeal treatment. They had been previously treated using a number of approaches, including steroids; non-steroidal anti-inflammatory drug, sleep inducing drug, anti- anxiety drug, vitamins and biological products. However, their condition did not significantly improve and respond to any of these interventions. Marked improvement symptoms was noted in thirteen of sixteen patients, four patients eventually achieved resolution of symptoms. Given the degree of impairment and quality of life previously observed in these patients the overall effect of this treatment was quite remarkable.

Dr. Hotta continued his presentation by demonstrating how effective their treatment could be by showing footage of a young woman with severe epipharyngitis who suffered from complete paralysis. On her first day of the treatment, the young woman was unable to move or lift her legs in any way. However, after 46 days of being treated with ZnCI2 solution she was fully mobile and able to be discharged.

Chronic epipharyngitis may have an important role in the development of various autoimmune diseases and disorders of the autonomic nervous system.

The condition of epipharynx may be worthwhile examining in the broader context in treatment of autoimmune disease and autonomic nervous disorders regardless of the initial cause.

Given that chronic epipharyngitis is not fully understood, this condition should be an important direction in future research.

Dr. Hotta is not the first researcher to link the symptoms of CFS to vaccination.

Researcher Who Discovered Link Between Vaccines and CFS Refused Funding

In 1992, Doris Jones, a postgraduate medical research student, applied for funding from the Medical Research Centre (MRC) to research what she believed to be the link between vaccinations, antibiotics and the subsequent development of ME/CFS.

On May 25, 1992, Jones wrote a letter to Dr. Peter Dukes of the MRC, stating how a Ciba (Ciba Geigy Corporation, a Swiss pharmaceutical company now owned by Novartis) open meeting that she attended had been a unique experience for her. She explained that although she did not belong to the medical profession and was not affiliated with any patient organizations, she was studying the subject of ME/CFS for her postgraduate degree.

She described how shocked she was that there had been what she described as “a huge chasm between how the illness was perceived by general practitioners and psychiatrists compared to how it affects sufferers in real life and what its true nature may turn out to be.”

Ms. Jones described in depth a comprehensive, multifactorial, epidemiological research project that she had recently completed on ME/CFS. Enclosing the abstract for Dr. Dukes to read, she wrote:

You will note that details on associated factors like vaccinations, antibiotics and allergies may be especially relevant, as may those on diet, stress and earlier infections. It is disconcerting that some of these associated factors can also be seen in certain apparently healthy subjects, notably in normal students, which seems to coincide with concurrent emergence of similar symptomatology.

She backed up her theories with references to other published research, in particular the work of Professor Behan. She enclosed one of his papers for Dukes to read. She wrote:

Indeed one of Professor Behan’s teams recently identified sequences of an enterovirus which were identical to the polio vaccine virus in a proportion of carefully selected PVPS patients.

Jones offered various other examples of carefully researched material to support her claims, mentioning various vaccinations and antibiotics as possible triggers to ME/CFS.

Although Jones appeared to supply the MRC with sufficient documented evidence for funding to be granted, she was turned down in favor of other research projects that supplied less evidence to support their application.

At the time of her application, ME/CFS was being portrayed as a psychiatric disorder and Jones wished to dispel this myth, proving that ME/CFS was in fact a physical disorder caused by vaccinations, in particular the tetanus vaccination and/or antibiotics.

Was it because research into vaccinations and antibiotics is financially beneficial to the pharmaceutical industry and therefore, not a viable option for research?

See VacTruth for more details and exposed secret documents that were only revealed after a FOI request was initiated.

Obviously researching vaccinations and antibiotics as a possible trigger of ME/CFS was not scientific enough to meet the “high standards” required by the MRC. It is a real shame that the MRC did not realize Doris Jones’ true potential, as she went on to gain a Master of Science degree and publish a selection of papers on the subject. One of her papers, titled ME and Vaccinations, was published in 1997 and read:

Cases where ME subjects had been vaccinated in the month before developing an infection and/or other health problems which resulted in ME, attracted my particular attention; in some instances there were no infections – an immunization alone seemed to have triggered the onset of ME. There was also a small group who informed me they had received long term corticosteroid treatment for health problems before receiving a vaccination which triggered their illness. Significantly perhaps, adverse reactions to vaccines, drugs as well as sensitivities to chemicals and foods were reported with almost predictable regularity. Results of my study were first shown at the International Conference on Chronic Fatigue Syndrome, Dublin, in 1994.

At the time, finding funding for such controversial but crucial research was nearly impossible and conferences such as the 4th International Symposium on Vaccines did not exist. This is because 90 percent of such research would be funded by the pharmaceutical industry and this is precisely why the CMSRI exists.

The CMSRI is a public charity that was established to provide independent funding for research into causal factors of chronic disease and disability. There is growing recognition that vaccinations and autoimmune disease are causally linked. Scientists must have sources of funding to pursue hypotheses which pushes forward knowledge about how vaccines affect our overall health, providing answers to perplexing questions and improving outcomes.

Please note all of Dr. Hotta’s quotes were taken directly from video footage.

Sanevax.org and Health Impact News are leaders in the Alternative Media documenting real life stories of young women being killed and injured by the HPV vaccine, which is usually censored from the mainstream media. Here are a few we have covered: