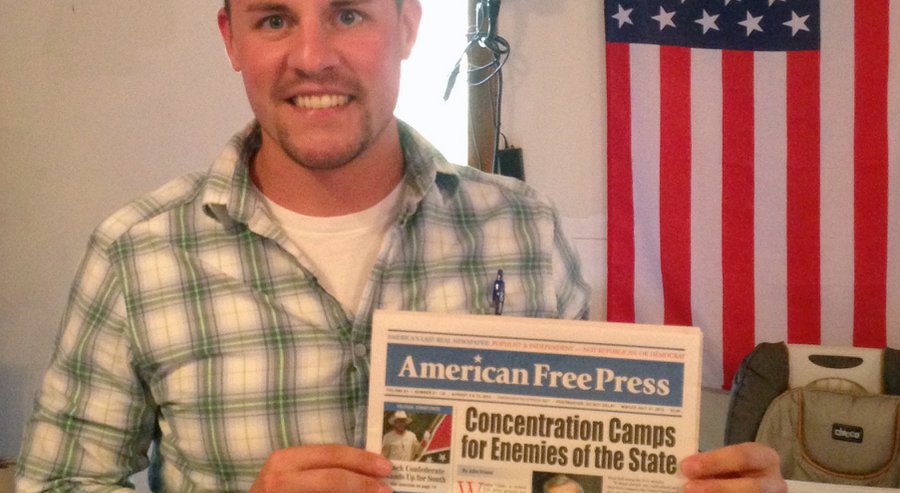 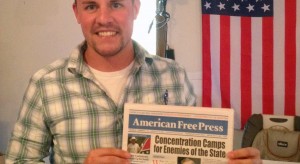 ESCONDIDO — A 29-year-old clerical employee in the Escondido City Manager’s Office was forced out of his job this week after city officials learned he operates an anti-Semitic website and is active in a movement that blames Jews for the 9/11 terror attacks.

Poway resident John Friend was hired by Escondido about three months ago as a division coordinator, which is responsible for a variety of administrative duties in the City Manager’s Office including supervising support staff and helping develop office policies and procedures, according to the city’s website.

City officials said they were unaware at the time that Friend is an outspoken blogger and contributor to several white supremacist publications.

Friend told a reporter he finds “inspiration and guidance from America’s Founding Fathers” as well as “white Christian patriots” such as Adolf Hitler and Joseph Goebbels.

City Manager Clay Phillips said he was unaware of Friend’s activism until a reporter began asking questions about it on Tuesday and a second person called in the same tip.

Friend — an “at will” employee for the city — said he was called into his supervisor’s office on Wednesday and given the option of stepping down or being fired. He chose to resign.

Though he enjoyed his job, Friend — who had previously worked part-time in Escondido’s recreation department — said he wasn’t surprised he was ultimately let go.

Phillips said he could not comment in detail about the situation because it’s a personnel issue.

However, he said, “John worked in this office and I did find out about some of his writings on the Internet and it certainly raises concerns for the city and for me personally as his boss.”

Sources said Friend kept his political beliefs quiet while working and was generally well liked in the office.

In an email interview with the Union-Tribune, Friend said he didn’t list any of his writings or website work on his resume or in his job interview, but neither did he try to conceal his political or social views.

On his website, therealistreport.com, Friend posts stories that assert, among other things, that the Holocaust is a false and inaccurate interpretation of history made up by the Jewish-dominated media, and that the 9/11 attacks were orchestrated by the Israel government to create the international war on terrorism.

In a blog post five months ago, he said “The huge numbers of ‘holocaust survivors’ — well into the hundreds of thousands still today — are undeniable proof that the extermination claims are a hoax… The Nazis kept them alive as best they could under nearly impossible circumstances. The real mass murderers were the western Allies.”

In his email to the Union-Tribune, Friend said he considers himself a white Christian American patriot who finds philosophical and intellectual inspiration from America’s Founding Fathers.

“I have also researched and studied a number of important, yet completely marginalized and in many cases demonized, White Christian patriots including Adolf Hitler, Joseph Goebbels, George Lincoln Rockwell (the founder of the American Nazi Party… and many others.”

Friend said while he is highly critical of the federal government, he was impressed with the leaders and employees of Escondido and that he enjoyed his time there.

“To my knowledge, no one in the office had complained about me, and I was unaware of any complaints emanating from the outside public relating to my work performance,” he said.