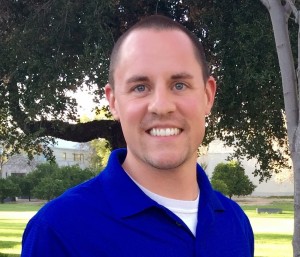 A VARIETY of clues to the motives of Dylann Storm Roof, the suspect in last week’s mass shooting at Emanuel African Methodist Episcopal Church in Charleston, S.C., have emerged. First, we saw the patches he wore on his jacket in a Facebook photo: the flags of regimes in South Africa and Rhodesia that brutally enforced white minority rule.

Then, a further cache of photos of Mr. Roof — seen in several bearing a Confederate flag — was discovered on a website, Last Rhodesian, registered in his name, together with a manifesto, a hodgepodge of white supremacist ideas. The author (most likely Mr. Roof) calls on whites to take “drastic action” to regain dominance in America and Europe.

These themes, popular among white supremacists in the United States, are also signs of the growing globalization of white nationalism. When we think of the Islamist terrorism of groups like Al Qaeda and the Islamic State, we recognize their international dimension. When it comes to far-right domestic terrorism, we don’t.

Americans tend to view attacks like the mass murder in Charleston as isolated hate crimes, the work of a deranged racist or group of zealots lashing out in anger, unconnected to a broader movement. This view we can no longer afford to indulge.

When, according to survivors, Mr. Roof told the victims at the prayer meeting that black people were “taking over the country,” he was expressing sentiments that unite white nationalists from the United States and Canada to Europe, Australia and New Zealand. Unlike those of the civil rights era, whose main goal was to maintain Jim Crow in the American South, today’s white supremacists don’t see borders; they see a white tribe under attack by people of color across the globe. […]

It has been pointed out by numerous commentators that the photos of Storm Roof posing with the Confederate flag and with patches of the flags of South Africa and Rhodesia under White rule on his jacket appear to be photoshopped. Storm Roof’s alleged manifesto makes a number of accurate arguments regarding racial matters, including the biological differences between Blacks and Whites, the outrageous and underreported phenomenon of Black-on-White violent crime, and the lack of racial consciousness amongst the vast majority of Whites in America (and around the world), but it has not been proven that the manifesto was actually written by Storm Roof, nor does it prove he actually committed this purported mass shooting.

The entire situation in Charleston is extremely bizarre, and it has not been conclusively demonstrated a shooting even took place in the Emanuel African Methodist Episcopal Church resulting in the deaths of 9 individuals. The Obama DOJ is already handing out millions of dollars to the alleged victim family members, many of whom have given incredibly scripted and phony interviews to the mainstream mass media. Do you honestly believe these purported “victim family members” are genuine?

The Op-Ed published by the leaders of the SPLC argue that “White supremacists” (read: racially conscious White people who care about the future of their family, children, communities, and nations) see the White race “under attack by people of color across the globe,” a fact which is demonstrated on a daily basis.

White people are the only people in the entire world who are not allowed to have their own sovereign nation states, political parties and lobbies, schools, neighborhoods, media outlets, and any other exclusively all White organizations. “Diversity” and “multiculturalism” (codewords for White genocide) are state sanctioned and enforced. Millions of non-White immigrations – legal and illegal – are flooding into White nations every year. Whites are violently attacked in their homes and on their streets. They are verbally and psychologically abused and slandered in their schools and history books. The mass media and elite political class are openly hostile to the interests of Whites.

There is a war being waged on Whites all around the world. And it emanates from the organized Jewish community, who have always been and will always remain hostile to traditional Western civilization. These are facts that are easily verifiable for anyone who takes the time to do it.

Dees and Cohen go on to lament the fact that pro-White activists, intellectuals, writers, and leaders are developing effective public relations strategies (such as “the mantra”), organizing political parties, spreading information via blogs, radio programs, and websites, networking with other nationalist and racially-oriented groups in Europe and elsewhere, and otherwise connecting with individuals via the Internet who care about the future of the White race. How dare White people challenge and resist their own destruction!

The movement is bound to produce more violence, not necessarily from organized groups but from lone wolves like Anders Behring Breivik, the Norwegian terrorist who killed more than 70 people in his country in 2011 because he wanted “to save Europe from Islam.” Mr. Breivik had ties to American white nationalists as a registered user of Stormfront, a web forum founded by a former Ku Klux Klan leader that has more than 300,000 members (about two-thirds are American).

Europe has also seen the rise of a powerful, far-right political movement that rejects multiculturalism. The anti-Semitic Jobbik Party in Hungary and the neo-fascist Golden Dawn in Greece are prime examples. In Germany, there has been a series of murders by neo-Nazis. Britain, too, is experiencing an upswing of nationalist, anti-immigrant politics.

This month, S.P.L.C. staffers will join activists from the United States and Europe at a conference in Budapest about this transnational white supremacism that is emerging as the world grows more connected by technology. The message of white genocide is spreading. White nationalists look beyond borders for confirmation that their race is under attack, and they share their ideas in the echo chamber of racist websites.

The days of thinking of domestic terrorism as the work of a few Klansmen or belligerent skinheads are over. We know Islamic terrorists are thinking globally, and we confront that threat. We’ve been too slow to realize that white supremacists are doing the same.

The SPLC and other anti-White hate groups expect us to simply accept our displacement and destruction. They are actively attempting to silence us and target us, arguing that we must be viewed as the next “scary boogeyman” in the never ending “Global War on Terror.” This is unacceptable, and a sure sign that the enemies of the White race recognize our time is coming – finally.

https://crazzfiles.com/wp-content/uploads/2015/06/TODAY-WITH-JOHN-FRIEND.mp3Podcast: Play in new window | DownloadSubscribe: Apple Podcasts | Email | RSS “PODCAST” Disconnecting From MSM Propaganda & The Big Virus Lie With Dawn Lester On tonight’s podcast show 25/01/23 i am joined by author and researcher Dawn Lester to chat about her incredible work and break down the entire COVID PSYOP.  Dawn Lester[…]