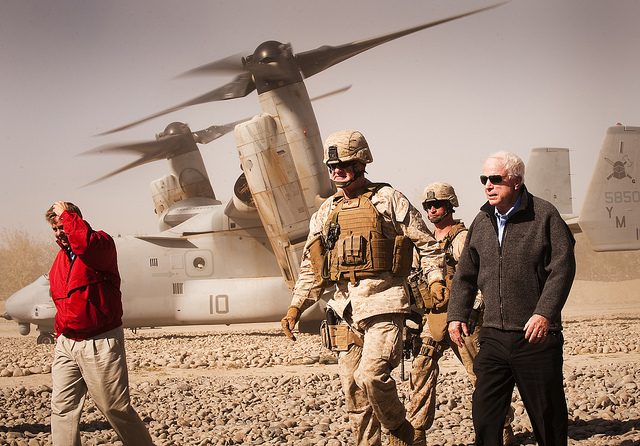 I hate to differ with the redoubtable Norman Finkelstein, but he was dead (pun intended) wrong when, toward the end of an unsparing obituary for the late dissident-cum-demagogue Christopher Hitchens, he wrote that “every death is a tragedy.” This seemed to me a silly thought from a serious mind. All deaths, after all, are not created equal—nor are all men, but that’s another story for another time. True, many deaths are tragic: civilian casualties of state terror; unarmed individuals gunned down by racist policemen; animals run over by cars in the street or, for that matter, carved up on the blood-soaked floor of the abattoir; anything involving children.

But death is not inherently tragic, any more than life is. To say that death is tragic is to say the same of life, since the former cannot exist without the latter. Death, like oxygen and water, is simply there. Circumstances alone determine whether a visit from the Grim Reaper is tragic, or neutral, or, as is often the case, favorable.

Was Pol Pot’s death tragic? Adolf Hitler’s? Joseph Mengele’s? How about another infamous Joe, surname Stalin—was his death tragic? Henry VIII’s? The Zodiac Killer’s, assuming he’s given up the ghost by now? Will it be tragic when Dick Cheney kicks the bucket? Only if he’s not waterboarded beforehand.

You get the point. None of the above-mentioned deaths were, or will be, tragic, and I don’t have to explain why. Nor should I have to explain why John McCain’s death, now the subject stomach-churning eulogies from every corner of our morally bankrupt “news” media, far from being tragic, is a decidedly happy occasion. But I’m going to anyway.

First things first. McCain was 81 years old. That means he surpassed by more than two years the average life expectancy in the United States, which, trending downward, currently sits at 78.6 years. So, however much we’d like to ascribe his cancer diagnosis to karma, we cannot. Actuarially speaking, McCain had already overstayed his welcome; he was tempting fate merely by being alive. But what’s this business about karma? As Henry Kissinger (a great favorite of McCain’s, incidentally) continues to demonstrate, it’s an illusory concept. Nevertheless, it’s useful in a rhetorical sense, and few if any public figures in the United States are more deserving of it than was John “Insane” McCain. What goes around comes around, as the cliché has it.

It’s no accident that a new bill allocating $716 billion—well over half the discretionary federal budget—to the Pentagon is called the John S. McCain National Defense Authorization Act. A frantic jingoist (or “patriot” in American newspeak) who never met a war by which he wasn’t visibly aroused, McCain was a walking billboard for US imperialism, and all the mayhem it continues to unleash upon the world. Of course, because our universe is devoid of justice, he died from natural causes rather than a direct hit from a drone strike.

The only tool in Old Man McCain’s shed was the sledgehammer. Consequently, every geopolitical issue looked to him like something that had to be obliterated, as opposed to resolved, and so a demolition project was invariably prescribed. Mother Jones once compiled a list of countries that McCain, at one point or another, wished to apply his patented sledgehammer treatment to.

The list is not exhaustive. It was published before the Euromaidan uprising and subsequent coup in Ukraine, about which, needless to say, McCain was very giddy. This in spite of, or probably because of, the fact that it was spearheaded by neo-Nazi thugs (for a primer, read up on Svoboda and Right Sector). Video clips exist showing McCain delivering swashbuckling speeches to mobs of protesters in Kiev as the crisis approached its boiling point. Likewise, McCain fetishized the al-Qaeda-led insurgency in Syria, traveling to the war-plagued country and posing for photographs with a few “freedom fighters” in 2013.

Nor did Mother Jones make reference to McCain’s role in the American empire’s war of destruction against Indochina, specifically Vietnam. Noam Chomsky and Edward Herman summed up the outcome of that disastrous adventure in Manufacturing Consent, writing:

Something like three million Vietnamese were killed as a result of the American invasion, most of them civilians. McCain was a bomber pilot during the war. He flew more than twenty criminal bombing missions over North Vietnam (the number of innocent people McCain directly killed is anyone’s guess) until, in October 1967, his plane was downed by a surface-to-air missile. He was captured in Hanoi and imprisoned for five years, eventually confessing to being a war criminal, something he claimed never to have lived down. But don’t get him wrong: McCain wasn’t ashamed of his crimes, just that he buckled under pressure and admitted to them.

In 1970, McCain was interviewed by Spanish psychiatrist Fernando Barral. The doctor, later maligned by McCain as a “Cuban propagandist,” didn’t mince words while speaking of our late, great war hero’s psychological makeup:

From the moral and ideological point of view he showed us he is an insensitive individual without human depth, who does not show the slightest concern, who does not appear to have thought about the criminal acts he committed against a population from the almost absolute impunity of his airplane, and that nevertheless those people saved his life, fed him, and looked after his health, and he is now healthy and strong. I believe that he bombed densely populated places for sport. I noted he was hardened, that he spoke of banal things as if he were at a cocktail party.

McCain would go on to flaunt his lack of human depth in various ways, on various occasions. While campaigning for president in 2000, he was asked a question pertaining to his experience as a POW in Vietnam. “I hate the gooks,” he replied, using the Asian equivalent of “kike” or “nigger.” “I will hate them as long as I live.” (This is hardly surprising—after all, can you carpet bomb a people you don’t hate?) Curiously, or perhaps not, the viciously racist comment barely registered with the press, and did no damage to his absurd reputation as a man of impeccable fortitude and probity. Indeed, he managed to secure the Republican nomination for president eight years later, selecting as his running mate the one and only Sarah Palin, a “very low IQ individual,” as Trump might say.

It goes without saying that McCain was a big fan of NATO expansionism, a deranged policy pushing us to the brink of a military conflict with Russia—i.e. terminal nuclear war. Last year, McCain threw a temper tantrum on the floor of the Senate when Rand Paul thwarted his attempt to hold a vote on Montenegro’s prospective entry into NATO, accusing Paul of “working for Vladimir Putin.” In hindsight, Paul’s riposte seems prophetic. “I think [McCain] makes a really, really strong case for term limits,” he said. “I think maybe he’s past his prime. I think maybe he’s gotten a little bit unhinged.” Were the rogue cancer cells already eroding McCain’s gray matter? It’s difficult to say, as he was never exactly “hinged” to begin with.

If in spite of everything you’re still anxious about drinking to McCain’s death, bear in mind that he was instrumental in the US government’s disgraceful efforts to bury evidence that hundreds of American POWs were knowingly left behind in Vietnam. The sordid affair was presented in great detail by investigative journalist Syndey Schanberg; his myth-shattering article, “McCain and the POW Cover-Up” is required reading for anyone interested in the reality of the “Last Lion of the Senate,” as the New York Times saw fit to label him.

All in all, John McCain was a terrible scourge on our Republic and the world at large. I’d be lying if I said that, upon catching wind of his death, the air didn’t suddenly seem a little fresher, even here in smoggy Saigon. Good riddance to bad rubbish, indeed.