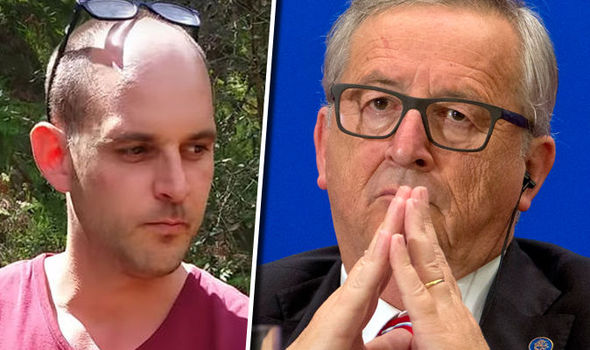 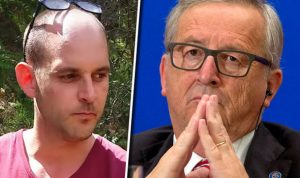 AN ANGRY Dutch citizen has vowed to destroy the European Union (EU) by launching a tribunal against Jean-Claude Juncker, Angela Merkel and all other Eurocrats involved in the 28-country “illegal operation”.

Muriel Muyres told Express.co.uk he was ready for the collapse of the EU and the establishment of a fairer system afterwards – free from officials in Brussels “breaking their own rules”.

He has launched www.eutribunal.com, a website he will use to “document, track and prosecute individuals” involved in the EU. After the bloc collapses he will use a “grand jury unlimited in numbers formed by the free people of Europe” to hold trials and dish out punishment.

The 36-year-old political researcher, who refuses to pay taxes or claim benefits, will prosecute for “false tax money transfers, illegal agreements and treaties” and “sacrificing lives and security to keep authority above freedom”, among other crimes.

He said it was only a matter of time before the union collapses – although in his eyes it never really held any power.

Mr Muyres said: “It is not only going to collapse, it never really lived.”

He kickstarted his campaign with an open letter to European Commission President Juncker, in which he declared: “You are exposed.”He said: “Mr Juncker, today you face the end of your reign. We are ‘The movement of the free people of Europe who openly support and force the breakdown of the European Union.’

“We ask you to dismantle the European Union, step down as an authority and release the freedom in Europe which you and your servants in the Union falsely claim to be yours.” 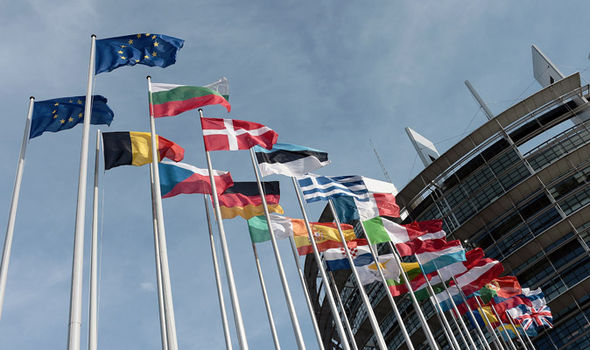 He told Express.co.uk that he was also frustrated with the ongoing migrant crisis and the lack of a real plan by Mr Juncker and German Chancellor Merkel, who has championed an open-borders migrant policy.Mr Muyres, 36, said: “Merkel and Juncker are working on a plan but we have to wait and find out. What is it we have to deal with? If there is some paradise where everyone is happy and delight, why is it not here now?

“The Germans don’t like her. No one knows what she is doing. I have never met her but her politics are devastating. 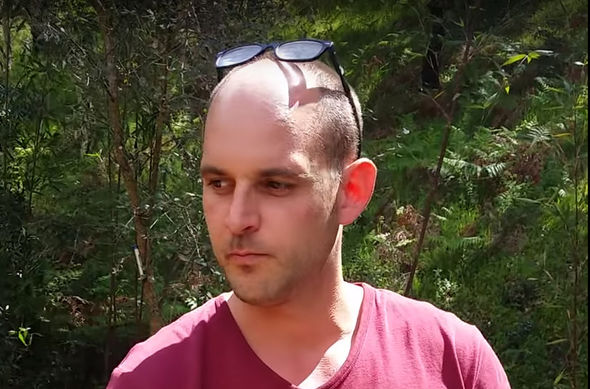 “The EU taxpayer has paid for a refugee influx that is beyond control. Even the refugees aren’t safe in Europe now.”He welcomed the UK’s decision to leave the EU and expressed his hope other countries would follow suit.

Mr Muyres said: “I used to live in London and I still have friends there. I said ‘please get the heck out!’” 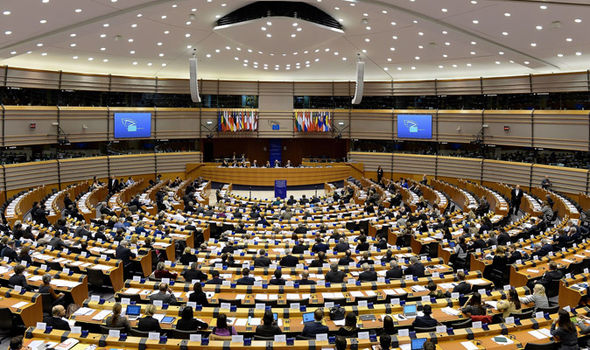 Muriel Muyres said he would take down the EU

He said the Netherlands, however, is still “stuck with this s**t”.Mr Muyres said above all he wanted to wake Europeans up to how much they were being controlled by EU bureaucracy – and how much power they themselves still had.

He said: “There is freedom, we have it in our pocket. I want to show we can protect the freedom we already have.

“The first thing is to remind likeminded people it is still available to rise up and oppose the EU.”