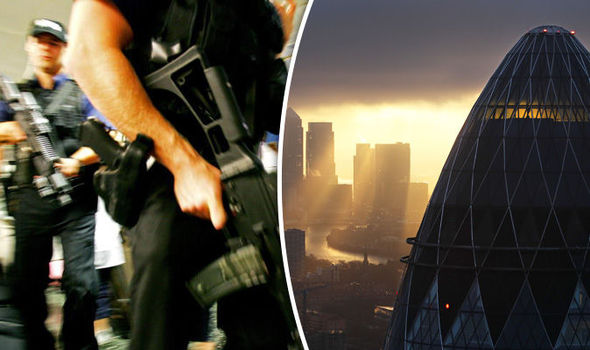 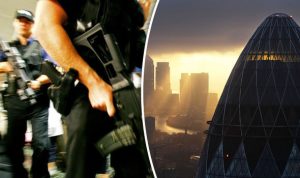 A £5 MILLION ’ring of steel’ involving man power and tough new security measures will be introduced to the British capital, London.

The proposals are intended to protect London’s finance district and its skyscrapers from a terrorist attack.

The last time manned checkpoints were used was in 1992 following the IRA’s bombing of Baltic Exchange.

When the IRA bombed the Baltic Exchange in April 1992, three people died and 91 people were injured.

In 1993, the IRA also bombed Bishopsgate detonating an explosive in London’s financial district, killing one and injuring 44.

A Corporation of London report said they “had identified that the area was highly sensitive to… a hostile vehicle-borne security threat”.

Security across Europe is striving to beat terror in the wake of the Berlin Christmas market terror attack on Monday when Anis Amri ploughed into shoppers, killing 12 and injuring 49 people.

The new proposed ring would border Liverpool Street, the Bank of England and Fenchurch Street, which is home to some of the council’s most renowned skyscrapers.Will Geddes, founder of International Corporate Protection, said: “Although we’ve seen of late ‘lo-fi type’ attacks, like the Berlin Christmas market where a lorry that was hijacked and driven into a crowded area, we cannot discount the type of attack that will include a large truck packed with explosives.”

The new proposal could be fully implemented by 2022.