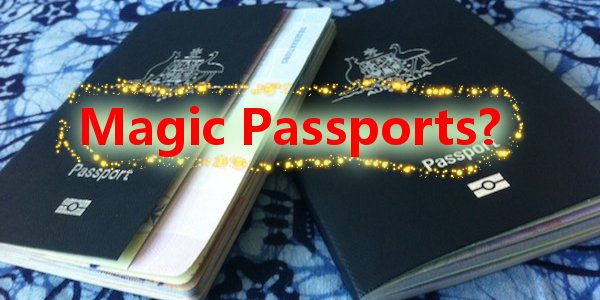 We’ve heard this one before, but this time they are doubling down on this all-too familiar set piece.

Details are emerging after last night’s horrific events in Paris, and one particular item of investigation is all too familiar.

AFP, RT, Reuters, ITV, Sky News, AP, Fox News and Sputnik, are all reporting that a Syrian passport was found either on, or near, the body of one of the suicide bombers in Paris.

For those of you unaware, this story is a mirror image of another that surfaced on the morning of Sept. 11, 2001.

Apparently, according to CBS, “a passerby found the passport of one of the hijackers” on the street just hours after the 9/11 attacks.

Interestingly, in the same breath, a FOX News reporter speaking about the story says that the building it supposedly came from was completely engulfed in fire.

How would a passport survive the ordeal of being crashed into a building while inside a plane loaded with jet fuel?

This story was eventually buried and given very little coverage at all by media outlets.

This theme was repeated last January in the wake of the Charlie Hebdo Attack, when one of the alleged gunman’s ID card was magically left on the seat of their ‘get-away’ car. This convenient placement was used to establishment the ‘terrorists link’ to Yemen and the illusive “al Qaeda in the Arabian Peninsula”.

However, with events in Paris, mainstream media seems to be doubling down on this latest ‘magic passport’ story.

Chaos on the streets last night.

With ISIS already allegedly claiming responsibility, and Hollande saying this is an act of war, this supposed Syrian passport will probably be used as the physical evidence required to condone an attack on Syria.

Instead of blindingly accepting this story from French authorities, mainstream media would do themselves far better by asking the following questions:

Was the passport found on, or nearby, the suicide bomber? If it was not physically on their person, it is possible that it did not belong to them.

Speaking of not belonging to them, just because someone is in possession of an object does not necessarily make them the owner of it.

Who exactly found this passport? Is the passport real? If it is real, is it valid?

When was the passport last used to make entry into France?

What condition is the passport in?

Is it possible that the passport was planted by a third party?

Could the passport have ever survived in the conditions under which it was supposedly exposed to?

These are all questions that any real investigator should, and hopefully will, be asking. The consequences of this alleged Syrian passport being used as evidence can only be dire.

With Russian operations intensifying in Syria, any Western escalation could have serious ramifications and heightens the potential for wider, if not global, conflict.