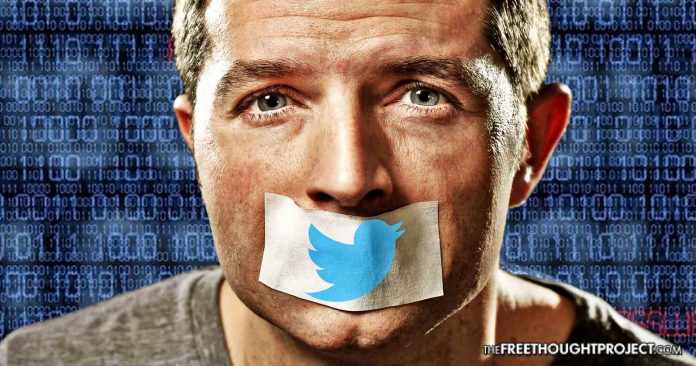 Conservative political activist James O’Keefe, who has a knack for stirring the media pot, has struck again. On January 3, an undercover member of Project Veritas, the anti-fraud and anti-corruption organization O’Keefe founded in 2010, sat down with an unsuspecting senior network security engineer at Twitter, Clay Haynes, who was caught confiding: “We’re more than happy to help the DOJ with their little investigation” of President Donald Trump.

Meeting with the undercover journalist at a popular San Francisco cafe, Haynes seems to have dropped his guard, unloading both his personal and professional sentiments with regards to both company information and the US leader.

With a bit of prompting for details as to what Twitter could effectively do, Haynes says, “Basically, giving them every single tweet that he’s posted. Even the ones he’s deleted, any direct messages, any mentions…”

In a separate comment made to Project Veritas, Haynes supports this claim by providing a glimpse of the power that Twitter wields over each user’s account.“We have full access to every single person’s account, every single direct message, deleted direct messages, deleted tweets, I can tell you exactly who logged in from where, what username and password, when they changed their password,” he boasted.

As for President Trump, there is apparently very little love lost: “He’s dangerous, I don’t like him and he’s a terrible human being and I want to get rid of him.”

“I don’t like being part of the machine that is contributing to America’s downfall,” Haynes adds.

On its website, Project Veritas emphasizes it is not known – assuming the claims by Haynes are valid – whether Twitter is “voluntarily disclosing this sensitive information or acting under a court order.” In other words, there was no proof from the undercover interviews that Twitter has been cooperating with the Department of Justice in its investigation of Donald Trump.

However, O’Keefe may have succeeded in revealing a rumored leftist political bias at Twitter, which the comments by Haynes would tend to support.

In the past, Project Veritas has tended to focus its undercover work on mainstream media organizations, particularly over the unsubstantiated claims that Russia somehow interfered in the 2016 US presidential election.

In June, the group released a video featuring CNN anchor Van Jones referring to the investigation into Russia’s alleged meddling in the 2016 election as “a big nothing burger,” and adding, “There is nothing you can do.”

Jones, in an opinion piece for CNN, called O’Keefe a “notorious con artist” for posting videos that are allegedly “fake” and “doctored.”

Meanwhile, Twitter rejected the claims made by Haynes in comments to International Business Times.

“The individual depicted in this video was speaking in a personal capacity and does not represent or speak for Twitter,” a spokesperson for Twitter told IBT. “Twitter only responds to valid legal requests, and does not share any user information with law enforcement without such a request.”

“We deplore the deceptive and underhanded tactics by which this footage was obtained and selectively edited to fit a pre-determined narrative,” the spokesperson added.