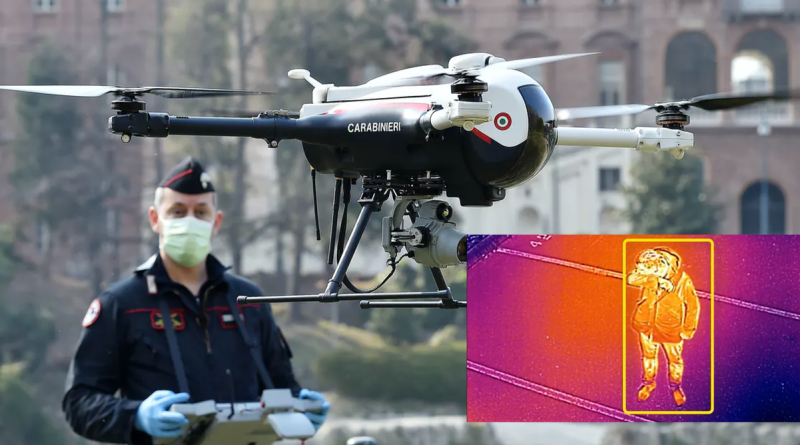 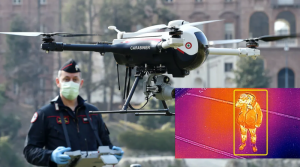 In the early days of the virus pandemic, we covered multiple stories involving drones equipped with thermal optic sensors and artificial intelligence to detect if a person was feverish. More than a year later, this dystopic technology has been deployed over Italian beaches.

According to RT News, citing local Italian media, so-called “medical drones” will hover over the beaches of Ostia, a neighborhood of Rome, on Saturday and Sunday, using thermal optic sensors to measure beachgoers’ temperatures to identify those who may be infected with COVID-19.

Ostia health officials said the drone utilizes artificial intelligence to “automatically” measures temperatures of beachgoers while hovering at an altitude of 75-90 feet. The officials said the initial flight is part of a pilot program and will begin this weekend between 11 am and 4 pm local time.

“When the drone detects a person with a fever, it identifies them and alerts the medical surveillance team,” the officials said. “Doctors then arrive at the site for investigation, which can lead to a Covid-19 test.”

“It’s just a way to make sure that an illness or an accident on the beach or at sea is detected immediately and not a single moment is lost in the rescue efforts,” Branca tweeted. “My father had died like that. Maybe, with that drone he would still be here.”

There was no word if the drone had facial recognition software, though officials promised to respect privacy.

Drones flying around beaches with thermal optics powered by artificial intelligence, hunting for infected people could be part of the growing surveillance state that is increasing worldwide.

Mainstream media is conditioning people to accept public surveillance (aka Big Brother state) disguised under the umbrella of COVID as there is no turning back.