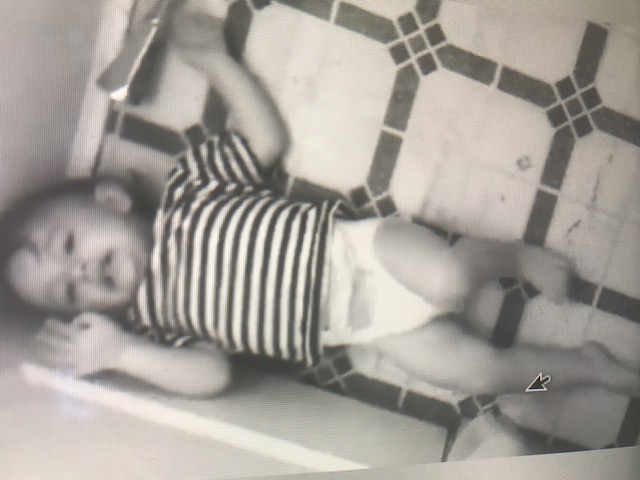 Instead of going to jail for permanently harming him, his doctor is cashing bonus checks for vaccinating his patients. Instead of staying up all night with Greyson when he is ill, his doctor sleeps in a huge expensive house.

Here’s is Greyson’s story as told by his mother Ashlee (link to her post in the first comment).

“We got his official diagnosis on in May: neutropenia which was caused by a vaccine reaction. April 21st was the day everything changed at Greysons Well Child Visit with the doctor.

I thought the doctor was looking out for my sons best interest by recommending the MMR and Varicella Vaccines. Whether he knew so or not, he wasn’t. He was looking out for his own interest and abiding by what doctors are taught, do you know doctors offices receive bonuses based upon how many fully vaccinated patients they have?

Not only did the vaccines make him ill physically, Greyson’s behavior changed drastically overnight. He began to bang his head repeatedly to the point of bumps and bruises all over his face, pull his hair, smack himself in the face. He has screaming fits. He has drastically regressed verbally and hardly talks anymore. We have had evaluations done and he is now behind in categories he used to excel in.

If this was a problem prior to the vaccines my son would have been constantly sick which he wasn’t, at all. Exact opposite actually. The second those chemicals entered his body they began working to damage his body. His bone marrow stopped producing a sufficient amount of white blood cells to fight off germs. As this happened he began to get sicker and sicker and sicker. As he got worse the doctors continued to down play the severity of what was happening, every time I asked if the vaccines could cause this they squirmed and told me no. They didn’t want to get to the bottom of what was wrong because they knew it was their fault. They knew they caused this, that they had lied over and over and over again, and made it even worse by being so negligent. I was at the office multiple times a week in tears telling them something was wrong with my son and begging them to find out what it was and help him. Only to be hushed, brought into far away rooms where other parents couldn’t hear what I was saying. Dismissed as paranoid. Questioned for going above the pediatricians head and taking my son to the ER multiple times right after he was seen in the drs office and sent home with diagnosis like teething. This was 100% preventabley. All of it. Had he not gotten the vaccines.

Please don’t make the same mistake that I did. Please. Your child depends on you to protect him/her, especially from the very people who are supposed to help keep him/her healthy. Don’t be naive. Do not trust what doctors tell you. Doctors aren’t bad people, they are simply taught by the government textbooks which support big pharmaceutical companies who manufacture vaccines for reasons much bigger than you or I, reasons they deem more important than the lives of OUR CHILDREN.”

Does your doctor tell you the real side effects of vaccines? Or does he just cash the check?!!