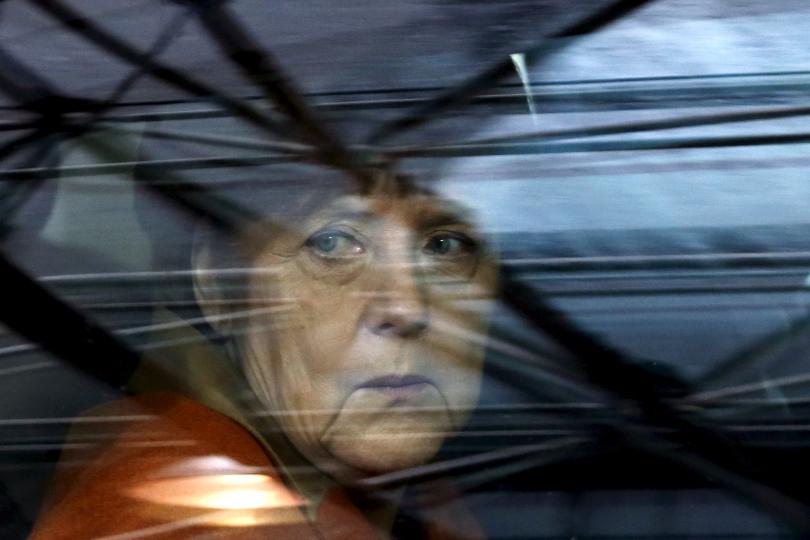 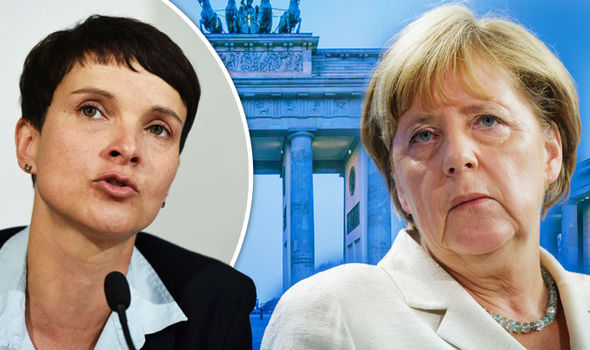 Exit polls said her ascendant arch-political rival – the Alternative for Germany (AfD) party – clinched 12.9 per cent of the vote, higher than the 11.5 per cent predicted earlier.

The win comes a fortnight after it pushed the chancellor’s CDU conservatives into third place in Mecklenburg-Western Pomerania, her home state.

He said: “There is no question. We didn’t get a good result in Berlin today.”

Her conservative CDU party is predicted to come in second place, with 18 percent of the vote, behind the centre-left SPD which polled 23 percent.

But that is likely to mean the SPD ditches its coalition with the CDU, to instead team up with the Green Party and the hard-left Die Linke, who both won a predicted 27 per cent of the vote.

According to the predicted result, a coalition between the SPD and the CDU would only gain 66 seats, well below the 75 needed to form a majority.

In total there are 149 seats up for grabs.

If the exit poll is accurate the result would be the worst election performance in history for the CDU in the Berlin state elections.

While not a wipe out for Merkel’s CDU, the fact that the anti-EU, anti-immigrant and anti-refugee AfD party could score such a high percentage of the poll in multi-cultural and ‘hip’ Berlin is an indication of how far Merkel has alienated voters with her refusal to change direction on the migrant issue.

He added: “A long-term and massive loss in trust among traditional voters threatens the conservative bloc.” 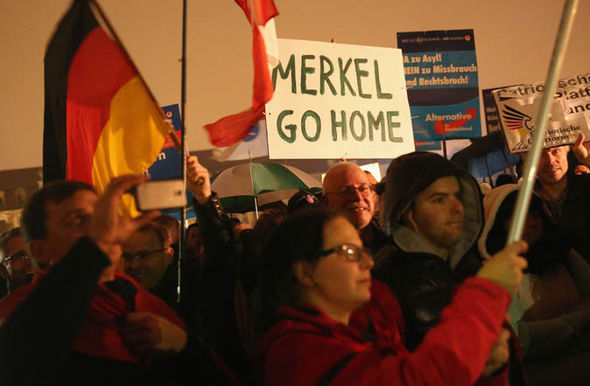 The AfD has mobilised and anti-Islam sentiments to win opposition seats in nine out of 16 states in Germany in the past few months.

Now it will sit in the parliament of the nation’s capital as it mulls its strategy to get into the national legislature in the general election due to be held in the autumn of 2017.

Georg Pazderski, AfD’s leading candidate in the Berlin elections, said the result was a sign of things to come. 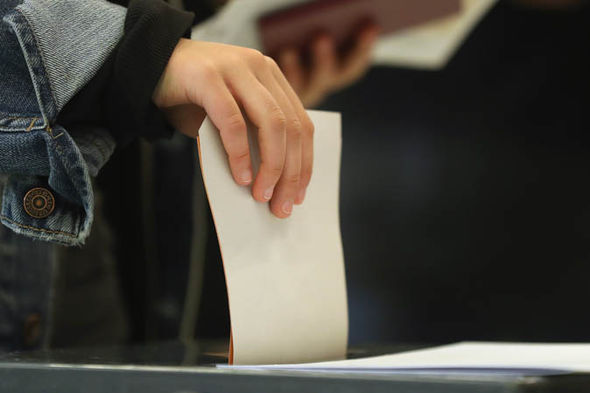 Alternative for Germany (AfD) party scored 11.5 percent of the vote according to exit polls

He said: “From zero to double digits, this is unparalleled in Berlin…

“The Great Coalition has been voted out, not yet in the federal government but that will happen next year.”

More than 70,000 of the 1.2 million asylum seekers welcomed into Germany by Mrs Merkel came to Berlin. Many of them are still in shelters spread out across the capital.

Merkel has been criticised for welcoming asylum seekers in Berlin

Mrs. Merkel – booed with “get lost” cries by right-wing activists at a campaign event with her party’s candidate earlier this week – conceded she finds it ever harder to reach “protest voters” who have deserted her CDU.

On Saturday she announced plans to jettison her “we can do this” mantra about accommodating refugees as her poll ratings continue to slump.

“It’s become a simple slogan, an almost meaningless formula,” she told a German newspaper, adding: “Some feel provoked by the expression which of course was not the idea.”

The strong Berlin showing by the AfD – founded, originally as a eurosceptic fringe party just over three years ago – hurt all major parties and continue a long-term fragmentation of the political spectrum.

Her CDU served as junior coalition partners to the centre-left Social Democrats (SPD) of Mayor Michael Mueller in Berlin. But that is unlikely to continue.

Overall voter turnout is predicted at 66 per cent, and marked differences have emerged between west Berlin and the former soviet east Berlin.

Exit polls showed the CDU gained 21 per cent of the vote in the east, while just 13.5 per cent voted for them in the west.

The AfD are estimated to have won 14 per cent of the vote in the former soviet bloc, with only 9.5 per cent voting for them in the western part.