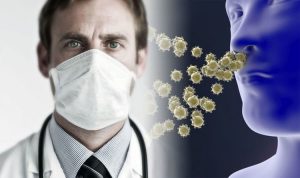 In past articles, I’ve offered compelling evidence that researchers never discovered a new coronavirus by proper scientific procedures, and therefore the whole pandemic-story rests on nothing.

In this piece, I’m coming at that point from a different angle: misplaced faith, an unwarranted transference of feeling.

Start here: Because a man was put back together by ER surgeons after a car wreck on the I-15, he believes doctors know everything there is to know about germs, infections, and long-term chronic conditions.

Analogy: Joe, at the end of his rope, his life a mess, happens to have a casual conversation with a small-town preacher on a park bench. He emerges with a new-found sense of faith, and then…

The next time we see Joe, he inexplicably has a job washing down steps and statues in Vatican City, and he’s attending Mass three times a day, where the priests deliver services in Latin. He’s shining the shoes of a Bishop who’s been transferred from his posting three times to avoid prosecution as a pedophile…

Boggling leap and transference of faith.

A Hollywood actress gets a first-class nose job from Dr. Frankenstein in Beverly Hills, and therefore she believes everything doctors tell her about viruses and childhood vaccines.

Athletes wised up to this problem of misplaced faith about 25 years ago. A successful Tommy John surgery wasn’t proof doctors knew anything about nutrition or workout regimens.

Medical societies, their propagandists, and their press colleagues know they’re operating a major con. They can parlay a cast on a broken arm, an operation to correct a deformity, and a benign cyst removal into a sales job about an outbreak of a new virus on the other side of the world.

The only common denominator? All the pros are wearing white coats and have a diploma hanging on the wall.

I do put it that way, because that’s the way it is.

The Church of Pandemic Theology and Mystical Discovery of New Viruses, run by holy initiates schooled in the arcane arts of molecular biology, are not the same breed as old Doc Brown who stiches up a cut after a fall, or a guy who has done a thousand kidney-stone laser surgeries, or an orthopedist who hands out a walking boot to a child who suffered a broken toe on a tennis court.

A moth is not a pelican.

But there are people all over the world who have been treated for one thing and another by doctors, and for most of those patients, all doctors are the same.

And then, when, lo and behold, the clouds part, and a public health expert steps up to the podium, to speak at a televised White House press conference on the pandemic, why he must be a doctor’s doctor, a ranking cardinal in the church, a man with knowledge so advanced, it stuns the mind to imagine it. He can put a bandage on a wound AND isolate and purify a never before seen infectious particle, in the lab.

“Listen, when I was twelve years old, I had a cut on my leg, and a doctor with a long needle punched me in the ass with a shot of penicillin, so I KNOW the SARS-CoV-2 virus has the potential to kill a hundred million people.”

Once in a while, if you’re lucky, things can break the other way. I was lucky, when I was 11. My parents took me to an Ortho because I had a minor back problem after a baseball game, and he gave me a cloth vest to wear. It had buckles and straps, and I was supposed to put it on every morning and cinch it up tight and keep it on all day long. Many battles ensued between my parents and me. One day, for a reason I can’t remember, I was taken to our family doctor. He had served as a surgeon in World War Two. Good man. Tough guy. I took off my shirt and he saw the vest, and he said, WHAT THE HELL IS THIS? My mother explained, and he shook his head and said THERE’S NO REASON TO WEAR THAT DAMN THING, TAKE IT OFF. He instantly had a friend for life. This was a medical opinion I could understand. I’m sure if he’d lived to the ripe old age of 120, and watched Fauci deliver one of his ex-cathedra pandemic pronouncements on television, he’d say, WHAT THE HELL IS THIS, WHO IS THAT DOPE? GET OUT IN THE OPEN AIR AND LIVE, PEOPLE, FORGET ALL THE STUPID ADVICE.

Even within the medical fraternity, there is a great deal of misplaced faith. An internist from Boston trusts molecular biologists in California who are confirming the sequence of a new virus. Why? Because they’re all serious professionals and brothers in arms. An insult to one is an insult to all.

When it comes to the delicate inner-sanctum discovery of a new virus, there must be no doubt about veracity. The ayes have it. After all, these high priests in their lab deploy a SYSTEM. They proceed step by step. They couldn’t possibly be wrong. If they were, the whole system would be discredited and it would fail, and THAT is not possible. Not conceivable. Not permissible. Because the stakes are so high, the results are automatically correct.

And yet, they aren’t. Not by a long shot.

But untold numbers of people believe those results, based on zero knowledge, because once upon a time, a doctor felt their pulse, put a stethoscope on their back and told them to breathe, wrote a prescription, peered in their ears, tested their reflexes, examined a wart, operated on a relative, prescribed plenty of rest, put a splint on a finger, suggested avoiding fatty foods, and referred them to a specialist.

Which is like saying a guy changing the oil in your car inspires your confidence in reports that there are rocket races in outer space from Saturn to Mars every Thursday.

This is why, after I write an article about the failure to do a large electron microscope studies, in order to confirm the existence of the SARS-CoV-2 virus, a reader will write, “I told my doctor about your piece and he said it’s very clear the virus WAS isolated…”

Yes. Of course. Performing an appendectomy proves there is a man in the moon eating a green cheese sandwich. Slam dunk.

Misplaced transferred leaps of faith are provoked by the medical cartel on a continuing basis. They’re in that business.

The author of three explosive collections, THE MATRIX REVEALED, EXIT FROM THE MATRIX, and POWER OUTSIDE THE MATRIX, Jon was a candidate for a US Congressional seat in the 29th District of California. He maintains a consulting practice for private clients, the purpose of which is the expansion of personal creative power. Nominated for a Pulitzer Prize, he has worked as an investigative reporter for 30 years, writing articles on politics, medicine, and health for CBS Healthwatch, LA Weekly, Spin Magazine, Stern, and other newspapers and magazines in the US and Europe. Jon has delivered lectures and seminars on global politics, health, logic, and creative power to audiences around the world. You can sign up for his free NoMoreFakeNe