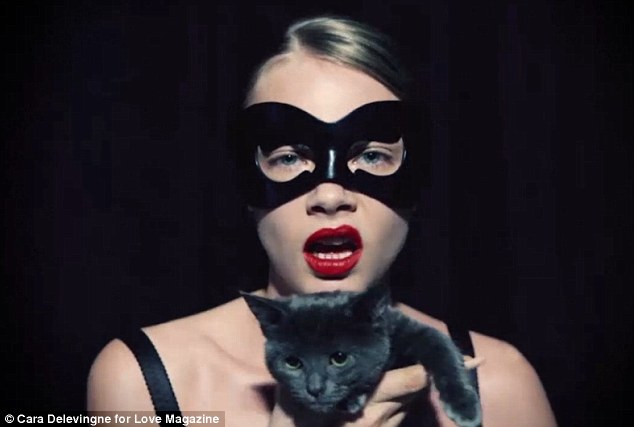 By Michelle Walling, CHLC
Editor, Howtoexitthematrix.com
This one really goes down the “rabbit hole”.
MK Ultra sex kitten programming is a part of the mind control programs used for pleasure rewards as well as potential blackmail and bribery of public officials, businessmen, and men who have the potential to make a difference in this world.
These women may not even realize they are programmed. The chosen sex kittens are usually actresses, models, strippers, porn stars, and hookers who will do anything for money. The decency of a normal modest human being is programmed right out of them, to where they have no shame for their sexual perversions and the use of sexual promiscuity being used to control the opposite sex. This power is used against men and is a trap set under the domination and control program in the hierarchical pyramid.

The cabal have the ability to program these women, (and even children sex slaves) to play whatever role they need, programming them with the data intel and training they need to carry out their job. The power of seduction and the ability to ruin lives and tear apart families are their most powerful weapons.
Unfortunately this MK Ultra programming is done by inducing trauma in order to split off “alters” that can be put into action with the command from the handler. The original personality does not remember what has occurred when it returns.
This will be a part of the deep dark filth that will be uncovered along with the pedophilia, etc., SOON.
Media is used to make the sex kitten role not only look normal, but make young girls and women want to aspire to be like them. This programming began very early with television and the 50’s/60’s.

As more people begin to awaken their psychic abilities, keeping secrets will become impossible. Telepathy, higher self guidance and information, and reading one’s energy field (aura) and akashic record will be possible.
THERE WILL BE NO SECRETS, and the dark knows it. They must be shi++ing their pants about now.
Here is a bit more about the Sex kitten program. We need to be able to identify this so that we can put an end to it and remove it along with all other sexual perversions from the earth timelines.
“Beta Mk Ultra is referred to as “sexual” programming (slaves). This programming eliminates all learned moral convictions and stimulates the primitive instinct, devoid of inhibitions. “Cat” alters may come out at this level. Known as Kitten programming, it is the most visible kind of programming as some female celebrities, models, actresses and singers have been subjected to this kind of programming. In popular culture, clothing with feline prints often denote Kitten programming.
Beta – This is the second Greek letter, and it represents the sexual models and sexual alters that the Programmers are creating. The primitive part of the brain is involved in this type of programming. An early sexual abuse event will be used to anchor this programming. These sexual slaves will develop sexual abilities that are far beyond what the public is aware is even possible. They also receive the worst kind of abuse far beyond what most people’s imagination can picture. Beta alters generally see themselves as cats.” Source~ theforbiddenknowledge.com
Healing for sex kittens:
Just like anyone else who has had a fractured part of their psyche from trauma or programming, it is important to integrate all aspects of the psyche back into the heart. Behavioral changes must move from the basal survival/sexual/power lower chakras to the heart. Counseling is suggested to learn how to have a healthy sexual relationship that is equal and based in love. This counseling should include appropriate public appearance/dress out of respect for others, self respect and worth exercises, and deep removal of layers and layers of abuse energies (and usually entity attachments). The most difficult part is that most of these sex kittens do not even know they are mind controlled to act the way they do, and usually have no memory of their actions, therefore will usually deny any need for healing.
Someone very familiar with this program and who may be a resource for help is Eve Lorgen.
Source: http://howtoexitthematrix.com/2017/11/17/mk-ultra-sex-kitten-programming/