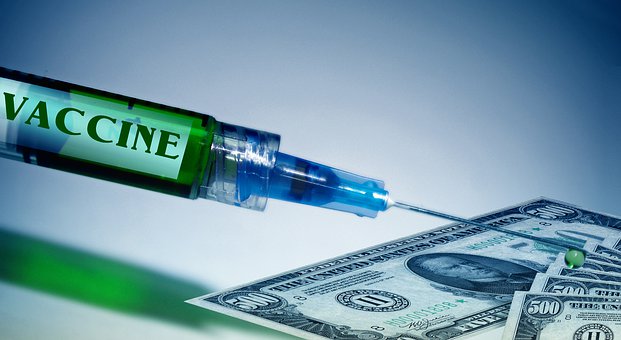 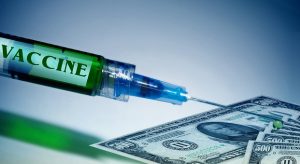 “It’s completely correct to say that NIAID will reap a profit on the Moderna/NIAID vaccine. There are 6 NIAID scientists who work for Dr. Fauci, each of whom would get $150,000/year indefinitely as their reward. So that’s $900,000 to his subordinates every year in perpetuity.” Mary Holland, General Counsel, Children’s Health Defense

Would you buy a used car from the company called Moderna?

The US government has shelled out $500 million to this Massachusetts-based biotech firm for a COVID vaccine.

Forbes, May 8: “It’s a big bet for the ten-year-old company, which currently has 24 products in its pipeline—but nothing yet on the market. The biotech sports a huge market cap of $17.5 billion, but it posted a net loss of $514 million on revenues of just $60 million last year. And most of that incoming cash came from government grants and research collaborations with big pharmaceutical companies.”

Moderna has never put a single product into the marketplace.

But it’s somehow worth billions.

No RNA drug or vaccine product has ever been certified for public use.

Other companies have tried and failed, mainly because safety was a serious problem.

Moderna is partnering with the National Institute of Allergy and Infectious Diseases (NIAID), the federal agency headed up by Tony Fauci.

How many red flags do you need?

ONE: Fauci, Gates, and others are itching to get an RNA product approved for public use. In the area of vaccines, the manufacturing process is far quicker and easier than the traditional approach. Thus, they can flood the world with all sorts of new vaccines at the drop of a hat. That’s what they want: a massively vaccinated planet under the gun.

TWO: If Fauci can ram through his partner Moderna’s vaccine, get it approved and released, his heroic status among the dumbed-down public would skyrocket even higher. He could write his own ticket. Head of the giant National Institutes of Health. Director General of the World Health Organization.

THREE: Does Fauci stand to gain a personal fortune from his connection with Moderna, if the COVID RNA vaccine is approved? I don’t know, but of course, a quiet back-door $$$ deal involving Fauci would be a simple proposition.

If Fauci weren’t 80 years old, he’d be an ideal running mate for Joe Biden. And if wobbly Joe won, and didn’t last out his term, Fauci would become the president of the United States. After all, he’s been serving as the interim president for months, dictating lockdown policy and the massive destruction of the economy.

Maybe Tony could tease out a few hundred million more for Moderna, so they could whip up a super-special anti-aging cream for him. Rub on, wait five minutes, and you look thirty. Voila.

It’s time for a medical doctor to win the presidency. It’s a natural. Testing for everyone, wall-to-wall contact tracing, social credit score, mandatory vaccination, immunity certificates, cancellation of the Constitution, laws against freedom, destruction of human life as we know it, daily bullshit medical updates from the Oval Office…

“…Today, the president took out his prescription pad and wrote his latest orders to the nation: ‘If after receiving your RNA Cybervaxx shot, you fall down in the street foaming at the mouth, be aware that you’re experiencing an adverse event. It’s called an auto-immune response. Basically, your body is attacking itself. Hopefully, you’re carrying your cell phone with you. Step one—remove your mask to avoid drowning in your own fluids. Step two—try to bring your tremors and flopping motions under control. Step three—take out your cell and press 9^83*2A-7bX6. This code is case sensitive. Step four—shelter in place, help is on the way. In some areas, especially large cities, there will be delays, owing to technical system overload. Roaming mobs of liberals are rioting. They expected a smooth miracle with Cybervaxx. But rollouts of new technology always involve problems and adjustments. This is how science works. And now a word from the Secretary of the Treasury on the new currency. Bill, take it away’…”