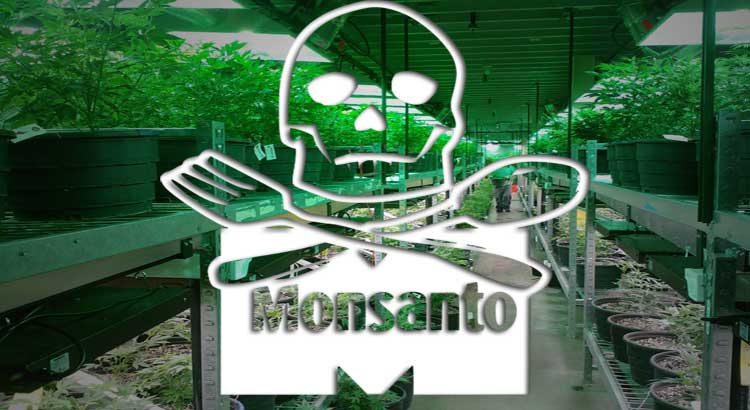 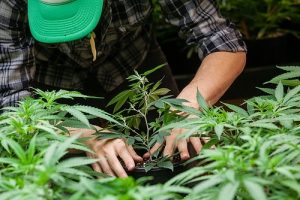 As detailed in my recent article “The War on Weed is Winding Down,” the health benefits of cannabis are now well established. It is a cheap, natural alternative effective for a broad range of conditions, and the non-psychoactive form known as hemp has thousands of industrial uses. At one time, cannabis was one of the world’s most important crops. There have been no recorded deaths from cannabis overdose in the US, compared to about 30,000 deaths annually from alcohol abuse (not counting auto accidents), and 100,000 deaths annually from prescription drugs taken as directed. Yet cannabis remains a Schedule I controlled substance (“a deadly dangerous drug with no medical use and high potential for abuse”), illegal to be sold or grown in the US.

Powerful corporate interests no doubt had a hand in keeping cannabis off the market. The question now is why they have suddenly gotten on the bandwagon for its legalization. According to an April 2014 article in The Washington Times, the big money behind the recent push for legalization has come, not from a grassroots movement, but from a few very wealthy individuals with links to Big Ag and Big Pharma.

Monsanto now appears to be developing genetically modified (GMO) forms of cannabis, with the intent of cornering the market with patented GMO seeds just as it did with GMO corn and GMO soybeans. For that, the plant would need to be legalized but still tightly enough controlled that it could be captured by big corporate interests. Competition could be suppressed by limiting access to homegrown marijuana; bringing production, sale and use within monitored and regulated industry guidelines; and legislating a definition of industrial hemp as a plant having such low psychoactivity that only GMO versions qualify. Those are the sorts of conditions that critics have found buried in the fine print of the latest initiatives for cannabis legalization.

Patients who use the cannabis plant in large quantities to heal serious diseases (e.g. by juicing it) find that the natural plant grown organically in sunlight is far more effective than hothouse plants or pharmaceutical cannabis derivatives. Letitia Pepper is a California attorney and activist who uses medical marijuana to control multiple sclerosis. As she puts it, if you don’t have an irrevocable right to grow a natural, therapeutic herb in your backyard that a corporation able to afford high license fees can grow and sell to you at premium prices, isn’t that still a war on people who use marijuana?

Monsanto has denied that it is working on GMO strains. But William Engdahl, author of Seeds of Destruction: The Hidden Agenda of Genetic Manipulation, presents compelling circumstantial evidence to the contrary. In a March 2014 article titled “The Connection Between the Legalization of Marijuana in Uruguay, Monsanto and George Soros”, Engdahl observes that in 2014, Uruguay became the first country to legalize the cultivation, sale and consumption of marijuana. Soros is a major player in Uruguay and was instrumental in getting the law passed. He sits on the board of the New York-based Drug Policy Alliance (DPA), the world’s most influential organization for cannabis legalization. The DPA is active not only in the US but in Uruguay and other Latin American countries. Engdahl writes:

Studies show that Monsanto without much fanfare conducts research projects on the active ingredient in marijuana, namely THC (tetrahydrocannabinol), in order to genetically manipulate the plant. David Watson of the Dutch company Hortapharm has since 1990 created the world’s largest collection of Cannabis seed varieties. In 1998, the British firm GW Pharmaceuticals signed an agreement with Hortapharm that gives GW Pharma the rights to use the Hortapharm cannabis for their research.

In 2003 the German Bayer AG then signed an agreement with GW Pharmaceuticals for joint research on a cannabis-based extract. In 2007, Bayer AG agreed to an exchange of technology with . . . Monsanto . . . . Thus Monsanto has discreet access to the work of the cannabis plant and its genetic modification. In 2009 GW Pharmaceuticals announced that it had succeeded in genetically altering a cannabis plant and patented a new breed of cannabis.

Monsanto could have even greater access to the Bayer/GW research soon. In March 2016, Monsanto approached the giant German chemical and pharmaceutical company Bayer AG with a joint venture proposal concerning its crop science unit. In May, Bayer then made an unsolicited takeover bid for Monsanto. On May 24th, the $62 billion bid was rejected as too low; but negotiations are continuing.

The prospective merger would create the world’s largest supplier of seeds and chemicals. Environmentalists worry that the entire farming industry could soon be looking at sterile crops soaked in dangerous pesticides. Monsanto has sued hundreds of farmers for simply saving seeds from year to year, something they have done for millennia. Organic farmers are finding it increasingly difficult to prevent contamination of their crops by Monsanto’s GMOs.

In Seeds of Destruction, Engdahl quotes Henry Kissinger, Richard Nixon’s Secretary of State. Kissinger notoriously said, “Control oil and you control nations; control food and you control the people.” Engdahl asserts that the “Green Revolution” was part of the Rockefeller agenda to destroy seed diversity and push oil- and gas-based agricultural products in which Rockefeller had a major interest. Destruction of seed diversity and dependence on proprietary hybrids was the first step in food control. About 75% of the foodstuffs at the grocery store are now genetically manipulated, in what has been called the world’s largest biological experiment on humans.

Since the cultivation of cannabis plants in Uruguay is allowed, one can easily imagine that Monsanto sees a huge new market that the Group is able to control just with patented cannabis seeds such as today is happening on the market for soybeans. Uruguay’s President Mujica has made it clear he wants a unique genetic code for cannabis in his country in order to “keep the black market under control.”

Genetically modified cannabis seeds from Monsanto would grant such control. For decades Monsanto has been growing gene-soybean and GM maize in Uruguay too. George Soros is co-owner of agribusinesses Adecoagro, which planted genetically modified soybeans and sunflowers for biofuel.

[W]ith the cannabis industry predicted to generate over $13 billion by 2020, becoming one of the largest agricultural markets in the nation, there should be little doubt that companies like Monsanto are simply waiting for Uncle Sam to remove the herb from its current Schedule I classification before getting into the business.

In a 2010 article concerning Proposition 19, an earlier legalization initiative that was defeated by California voters, Conrad Justice Kiczenski noted that criminalization of cannabis as both industrial hemp and medical marijuana has served a multitude of industries, including the prison and military industry, the petroleum, timber, cotton, and pharmaceutical industries, and the banking industry. With the decriminalization of cannabis, he warned:

The next stage in continuing this control is in the regulation, licensing and taxation of Cannabis cultivation and use through the only practical means available to the corporate system, which is through genetic engineering and patenting of the Cannabis genome.

Suspicions like these are helping to fuel opposition to the Adult Use of Marijuana Act (AUMA), a 2016 initiative that would rewrite the medical marijuana laws in California. While AUMA purports to legalize marijuana for recreational use, the bill comes with so many restrictions that it actually makes acquisition more difficult and expensive than under existing law, and makes it a criminal offense for anyone under 21. Critics contend that the Act will simply throw access to this medicinal wonder plant into the waiting arms of the Monsanto/Bayer/petrochemical/pharmaceutical complex. They say AUMA is a covert attempt to preempt California’s Compassionate Use Act, Proposition 215, which was passed in 1996 by voter initiative.

Prop 215 did not legalize the sale of marijuana, but it did give ill or disabled people of any age the right to grow and share the plant and its derivatives on a not-for-profit basis. They could see a doctor of their choice, who could approve medical marijuana for a vast panoply of conditions; and they were assured of safe and affordable access to the plant at a nearby cooperative not-for-profit dispensary, or in their own backyards. As clarified by the 2008 Attorney General’s Guidelines, Prop 215 allowed reimbursement for the labor, costs and skill necessary to grow and distribute medical marijuana; and it allowed distribution through a “storefront dispensing collective.” However, the sale of marijuana for corporate profit remained illegal.  Big Pharma and affiliates were thus blocked from entering the field.

At the end of 2015 (effective 2016), the California state legislature over-rode Prop 215 with MMRSA – the Medical Marijuana Regulation and Safety Act of 2015/16 – which effectively rewrites the Health Code pertaining to medical marijuana. Opponents contend that MMRSA is unconstitutional, since a voter initiative cannot be changed by legislative action unless it so provides. And that is why its backers need AUMA, a voter initiative that validates MMRSA in its fine print. In combination with stricter California Medical Association rules for enforcement, MMRSA effectively moves medical marijuana therapy from the wholistic plant to a pharmaceutical derivative, one that must follow an AUMA or American Pharmaceutical Association mode of delivery. MMRSA turns the right to cultivate into a revocable privilege to grow, contingent on local rules. The right to choose one’s own doctor is also eliminated.

Critics note that of the hundreds of millions in tax revenues that AUMA is expected to generate from marijuana and marijuana-related products, not a penny will go to the California general fund. That means no money for California’s public schools, colleges, universities, hospitals, roads and other infrastructure. Instead, it will go into a giant slush fund controlled by AUMA’s “Marijuana Control Board,” to be spent first for its own administration, then for its own law enforcement, then for penal and judicial program expenditures.

Law enforcement and penalties will continue to be big business, since AUMA legalizes marijuana use only for people over 21 and makes access so difficult and expensive that even adults could be tempted to turn to the black market. “Legalization” through AUMA will chiefly serve a petrochemical/pharmaceutical complex bent on controlling all farming and plant life globally.

Ellen Brown is an attorney, founder of the Public Banking Institute, and author of twelve books including the best-selling Web of Debt. Her latest book, The Public Bank Solution, explores successful public banking models historically and globally. Her 300+ blog articles are at EllenBrown.com