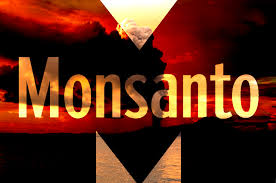 Working quietly on the back of political turmoil driven by Western special interests (including itself) Monsanto has begun literally planting the seeds of genetically modified organisms’ spread throughout Europe, starting in Ukraine and working westward toward the European Union thanks to a slowly but surely softening by regulators regarding GMOs, despite their widespread unpopularity.

Regarding this American biotech company and others like it, and their attempts to infest the planet with genetically modified organisms (GMOs), and in particular their attempts to corrupt the whole of Europe with their unwanted poison through a backdoor (Ukraine), has prompted Russia to speak up for their Eastern European neighbor. Up until the armed coup in 2013-2014, also known as the “Euromaidan,” Ukraine had adamantly rejected GMOs.

With an obedient client regime now installed in Kiev, a series of political, economic and military decisions have been made that have more or less extinguished Ukraine as a sovereign nation state. Along with its extinguished sovereignty comes a complete lack of desire for self-preservation, and so, sowing one’s fields with genetically tainted, unsafe, literal poison goes from being adamantly avoided, to being openly embraced.