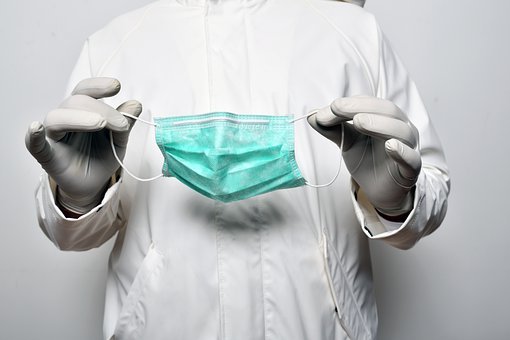 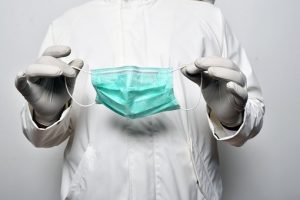 Amid the rush to force everyone to wear face masks to “stop the spread” of the coronavirus, very few people stopped to ask if there was any actual data to support that demand. Anthony Fauci, the joyless worrywart in FEDGOV’s health apparat who demands that anything remotely enjoyable be forbidden forthwith, went so far as to say that there was no need for any scientific study of mask effectiveness.

“I would not want to do a randomized controlled study because that would mean having people not wear masks and see if they do better,” said Fauci according to a Breitbart report in July.

He also said, on the subject of randomized controlled studies of mask effectiveness: “Right now, I’m convinced enough in the summation and totality of the data that has been analyzed by meta-analysis that I’m convinced that the benefit of wearing a mask clearly is there and is better than not wearing a mask.”

This from the same man who in the past dismissed the findings of meta-analyses and observational studies of hydroxychloroquine as non-scientific. In those cases, Fauci has claimed, only randomized controlled studies should be considered because they are “the gold standard.”

Apparently, not when it comes to masks, however. This is more hypocrite than Hippocrates.

Pesky scientists in Denmark, not persuaded by Fauci’s fulminations and flip-flops, went ahead and performed a randomized controlled study of masks for themselves to see how well they might work at thwarting the virus.

The results, now, are in. But we can’t see them because establishment-connected peer-reviewed journals won’t publish the results.

This was revealed on October 22 by the major Danish newspaper Berlingske. The paper’s headline: “Professor: Large Danish mask study rejected by three top journals.” In its subtitle to the story, the paper wrote: “The researchers behind a large and unique Danish study on the effect of wearing a mask even have great difficulty in getting their research results published. One of the participating professors in the study admits that the still secret research result can be perceived as ‘controversial.’”

The full article, in Danish, is behind a paywall. But the article starts this way (via Google Translate):

For weeks, media and researchers around the world have been waiting with increasing impatience for the publication of a large Danish study on the effect — or lack thereof — of wearing a bandage [mask] in public space here during the corona pandemic.

Now one of the researchers who has been involved in the study can state that the finished research result has been rejected by at least three of the world’s absolutely leading medical journals.

One would think, in normal times, that this result would mean the study is flawed in some way. But these are not normal times. Instead, today ideology trumps truth and facts, if they undermine the prevailing propaganda, are secondary to fiction.

While we don’t know what the study found, it seems probable that the results of the study do not support the mask mandates; the human-dignity destroying policies that have become articles of faith to leftist progressive tyrants who delight in enforcing subservience to the state.

This point was made on Twitter by Copenhagen-based economist Lars Christensen. A senior fellow at London’s Adam Smith Institute and former head of emerging markets research at Danske Bank in Copenhagen, Christensen noted that the journals in question — The Lancet, JAMA, and the New England Journal of Medicine — refused publication of the study “Apparently because the results might not show what is politically correct.”

As Daniel Horowitz noted for The Blaze, “Dr. Andrew Bostom of Brown University posted a translation of the text he obtained” of the Berlingske article. Much there is revealing, including the revelation that another peer-reviewed journal is considering publication of the study. But the translation reveals important facts about the study.

“The study was initiated at the end of April after a grant of five million kroner [around $800,000] from the Salling Foundations. It involved as many as 6,000 Danes, half of whom had to wear masks in the public space over a long period of time. The other half was the control group. A large part of the test participants were employees of Salling Groups supermarkets…. The study and its size are unique in the world, and the purpose was once and for all to try to clarify the extent to which the use of masks in public space provides protection against corona infection.”

Former New York Times journalist Alex Berenson has been active throughout the COVID pandemic on Twitter calling out and counteracting the mainstream fearmongering pandemic propaganda. On the matter of the Danish mask study, he wrote, “To be clear: The Danish study is the most important research on masks. If it shows they don’t work, we need to know, so we can try other solutions. If it shows they’re harmful, we need to know, SO WE DON’T TELL PEOPLE TO WEAR THEM. POLITICS CANNOT HOLD HEALTH HOSTAGE. PUBLISH.”

Earlier, Berenson had a revealing e-mail exchange with one of the scientists who worked on the Danish mask study. Berenson asked the researcher when the study would be published. According to Berenson, “His answer: ‘as soon as a journal is brave enough.’”

Again, we don’t know what this study concluded, so a rush to judgement should be avoided. But one Twitter user replying to Berenson’s tweets offered this perceptive comment: “The journal editors’ refusal to publish this study is an accurate proxy for a study conclusion that masks didn’t prevent spread of the rona,” said Twitter user “Jon A.” The user continued: “Everyone knows they would quickly publish an RCT concluding masks effectively prevent spreading.”

Some scientists, though, stating that they’ve reviewed the methodology of the Danish study, concluded that it was “underpowered.” Noah Haber and Sarah Wieten, postdoctoral fellows at Stanford, and Emily R. Smith, assistant professor of the departments of global health and of exercise and nutrition sciences at Milken Institute School of Public Health, George Washington University, offered a critique of the Danish researcher’s approach to the study, writing: “The trial is … severely underpowered based on the effect size assumption in the protocol, exacerbated by the low incidence of COVID-19 in Denmark.”

“In sum,” they wrote, “this study has a number of critical design limitations which lead it to being biased toward the null and underpowered to answer the question of interest as stated by the investigators.”

For reference, the methods used by the authors are detailed at PubMed. According to the Danish researchers:

This study will be a two-arm, unblinded, randomised controlled trial. We will include adults (>18 years of age) without prior confirmed COVID-19 or symptoms suggestive of COVID-19, who spend more than three hours per day outside the home with exposure to other people. A total of 6,000 participants are randomly assigned 1:1 to use face masks or not for a 30-day period during the pandemic. Participants will perform self-testing; quick test for SARS-CoV-2 antibodies (immunoglobulin M (IgM) and immunoglobulin G (IgG)) (the Livzon lateral flow test) and oropharyngeal/nasal swabs for viral detection using polymerase chain reaction (PCR). The primary endpoint following the 30-day study period is the difference in the number of SARS-CoV-2-infected individuals between the two study groups as assessed by a positive nasopharyngeal swab, a positive antibody test or a hospital-based diagnosis of SARS-CoV-2 infection.

This is a very straightforward approach, one that is likely to provide insightful information. So why the upfront criticism from some scientists?

In their letter criticizing the Danish methodology, Haber, Wieten, and Smith write: “This study poses a serious risk of mistranslation, in part due to misleading statements about what the study actually measures in the protocol paper and trial registration. To most decision-makers, null or too-small effects will be misinterpreted to mean that masks are ineffective. However, the more accurate translation is that this study is uninformative regarding the benefits (or lack thereof) of wearing masks outside of the healthcare setting. As such, we caution decision-makers and the media from interpreting the results of this trial as being anything other than artifacts of weak design.”

The way science should work is that this paper should be published. The full methods used should be published alongside the results in transparent fashion. Other researchers can then investigate the methods and results and repeat the work to either fortify or falsify the original research findings. Meanwhile, the findings can be weighed and utilized by free citizens and professionals alike.

This is how knowledge progresses.