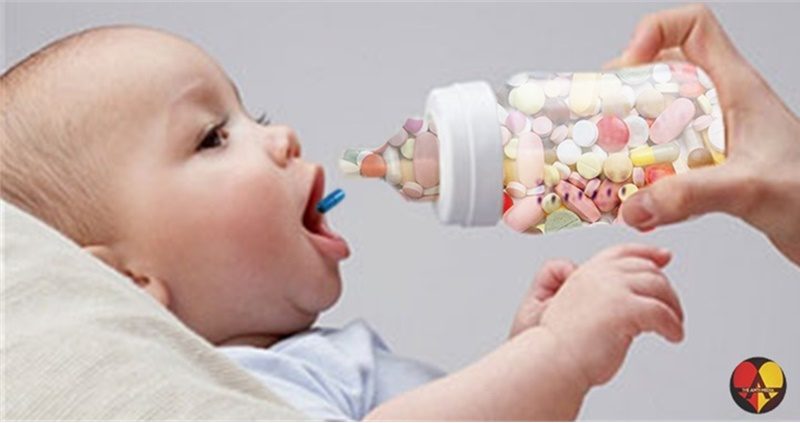 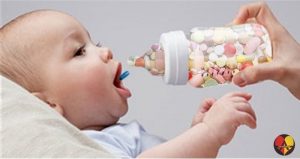 By Carey Wedler of AntiMedia

Just weeks after the FDA banned the sale of e-cigarettes to children, arguing the variety of flavors could spur addiction, a new, potentially addictive ADHD drug for kids has hit the market — in candy form. Commercial efforts were ‘ramped up’ this week to promote the FDA-approved extended release chewable, which represents the latest manifestation of the pharmaceutical industry’s attempts to profit from the over-diagnosed condition.

Adzenys is a drug similar to Adderall produced by Neos Therapeutics, and its fruit-flavored, chewable form and extended release features make it a “milestone,” according to Neos CEO and president Vipin K. Garg. The Attention Deficit Hyperactivity Disorder (ADHD) treatment is also different because rather than coming in a pill bottle, it comes in blister packs, which makes it quicker and more convenient to use. “Garg says the new, quick-dissolving formulation will help harried mothers get their kids medicated faster before school,” STAT News, a science-oriented offshoot of the Boston Globe, summarized. The drug is also intended for use in adults.

According to the FDA, which deemed the pharmaceutical safe in January, “CNS [central nervous system] stimulants, including ADZENYS XR-ODT, other amphetamine-containing products, and methylphenidate, have a high potential for abuse and dependence [emphasis added]” The agency cautions that for children aged six to twelve, common side effects — designated as occurring in over 5 percent of subjects in trials — include“loss of appetite, insomnia, abdominal pain, emotional lability, vomiting, nervousness, nausea, and fever.”

Further, the FDA warns it can cause stunted growth in children, and among kids with cardiac abnormalities, it is linked to “sudden death.” Further still, it “may cause psychotic or manic symptoms in patients with no prior history, or exacerbation of symptoms in patients with pre-existing psychosis,” advises the agency that deemed the drug safe for children. The FDA also approved oxycontin, a highly addictive opiate, for use in children last year.

In spite of the FDA’s own warnings, Garg’s enthusiasm for the new drug was evidently so great he mobilized efforts to promote it for children “ahead of back-to-school season,” STAT reported. “We’re launching now at full speed,” Garg said. Interestingly, public school policies have been implicated in the over-diagnosis of ADHD.

The company’s plan to push the drug should come as no surprise considering their stock prices soared after the FDA formally approved the drug in January. “The Grand Prairie-based company’s stock traded as much as 67 percent higher and ended Thursday with a gain of $3.96 a share, or 42 percent, to close at $13.38,” theDallas Morning Newsreported at the time.

Neos Therapeutics was also encouraged by medical professionals’ receptivity to the new drug. “The company has 125 sales reps across the United States, and they’re having ‘no problem’ getting appointments with doctors interested in prescribing this new formulation, Garg said,” STAT wrote. “The product is winning support from doctors who see it as a convenient way to give children the drugs they need. And analysts are generally bullish about Neos’s prospects.”

However, doctors have been widely criticized for their role in what many view as the over-diagnosis of ADHD — though they are not the only culprits. Psychologists who define the guidelines for psychological disorders in theDSM-5 are also to blame. A study published in the British Medical Journal found widening definitions of the disorder contribute to higher rates of diagnoses, also noting that “Among the work group advisers of DSM-5 for ADHD and disruptive behaviour disorders, 78% disclosed links to drug companies as a potential financial conflict of interest.”

Still, much of the increase in ADHD diagnoses and treatment can be attributed to aggressive marketing efforts from pharmaceutical companies. As the New York Times reported in 2013:

“The rise of A.D.H.D. diagnoses and prescriptions for stimulants over the years coincided with a remarkably successful two-decade campaign by pharmaceutical companies to publicize the syndrome and promote the pills to doctors, educators and parents. With the children’s market booming, the industry is now employing similar marketing techniques as it focuses on adult A.D.H.D., which could become even more profitable.”

One example includes the makers of Adderall subsidizing 50,000 copies of a comic strip promoting the drug, though the advertising techniques often vary. Indeed, the number of children on ADHD medication catapulted from 600,000 in 1990 to 3.5 million in 2013. As many as 10,000 toddlers take drugs like Adderrall and Ritalin for the condition.

As Dr. Kenneth Connors, a psychologist and professor emeritus at Duke University who originally helped legitimize ADHD, said, “The numbers [spanning 1990 to 2013] make it look like an epidemic. Well, it’s not. It’s preposterous.” He added, “This is a concoction to justify the giving out of medication at unprecedented and unjustifiable levels.” Unsurprisingly, sales for amphetamines increased fivefold over a decade — $1.7 billion to $9 billion from 2002 to 2012.

Dr. Mukund Gnanadesikan, a child and adolescent psychiatrist in Napa, California, commented on the emergence of Adzenys. As STAT noted, he said “Presenting amphetamines in a tasty, convenient package is ‘a recipe for people to request it and then sell it.’”

“I’m not a big fan of controlled substances that come in forms that can be easily abused — and certainly a chewable drug falls into that category,” he added.