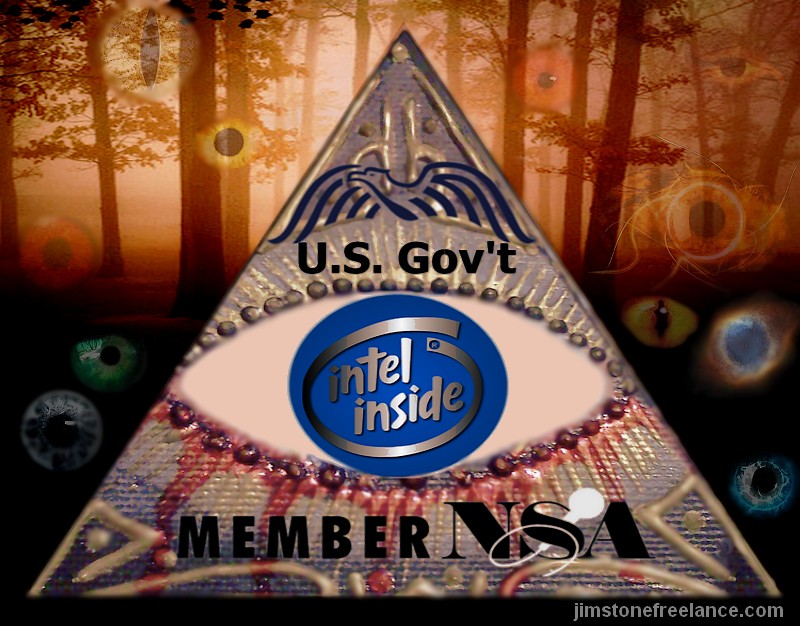 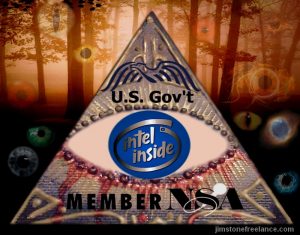 So you think no one can access your data because your computer is turned off. Heck it’s more than turned off, you even took the main hard drive out, and only the backup disk is inside. There is no operating system installed at all. So you KNOW you are safe.

Frank from across the street is an alternative operating systems hobbyist, and he has tons of computers. He has Free BSD on a couple, his own compilation of Linux on another, a Mac for the wife, and even has Solaris on yet another. Frank knows systems security, so he cannot be hacked . . . . . . . or so he thinks.

The government does not like Frank much, because they LOVE to look at everything. Privacy is a crime don’t you know, and it looks like Frank’s luck with privacy is about to run out.

This is being touted as something that makes IT administration easy. It is being advertised as something that will allow IT professionals the ability to remotely troubleshoot a PC no matter what is wrong with it. It allows IT professionals to view the contents of hard drives, check the memory, or hunt for problems on a machine without actually being in front of it. And to that, I call B.S, outside of snooping it’s only real world applications would involve accessing a recovery partiton and restoring the computer to out of box state, installing software outside the knowledge of the main operating system, and secretly placing or deleting files.

But the intelligence agencies LOVE THIS. Because Frank is going on vacation soon and they know it. They have listened to all of his calls. They KNOW frank is a terrorist, because they have never been able to access anything Frank has done with a PC, and who would hide their use, other than a criminal? Frank keeps his computers up to date, and THREE of them now have Core vPro processors in them, and when Frank is gone, they are going to get their chance to access ALL of his files because the main backup hard disk went into the newest machine.

Real world use for Core vPro processors will involve the following:

Accessing any PC ANYWHERE, no matter what operating system is installed, even if it is physically disconnected from the internet. You see, Core vPro processors work in conjunction with Intel’s new Anti Theft 3.0, which put 3g connectivity into every Intel CPU after the Sandy Bridge version of the I3/5/7 processors. Users do not get to know about that 3g connection, but it IS there. Frank was not stupid so he unplugged his router. Unfortunately for Frank, that won’t work, because anti theft 3.0 always has that 3g connection on also, even if the computer is turned off.

Sorry frank, you were good with operating systems, but did not know EVERYTHING about hardware. And now the real reason for your finicky security habits will be known to the NSA – you found a way to route photons to any place in the world without any sort of cable. You revolutionized communications. You were going public when you returned from your vacation, but thanks to your new Core vPro processors, a major communications firm is going to go public with your invention BEFORE you get home, and your research will be deleted and replaced with “kiddie porn” so you will be arrested when you get back and unable to speak about the theft of your invention. Fascism is GREAT.

If a system has the ram chips pulled, a Core vPro processor will read the hard disk anyway because it has all the ram it needs embedded in the vPro core.

If you encrypted your hard drive, a Core vPro processor will read it anyway, because it snagged your encryption key

If your system has been taken apart, and has no video card, ram, floppy, or hard drive, your Core vPro processor nailed you, because you left a flash drive plugged in. Or a CD in the CD drive. And what about that web cam?

The bottom line? The Core vPro processor is the end of any pretend privacy. If you think encryption, Norton, or anything else is going to ensure your privacy, including never hooking up to the web AT ALL, think again. There is now more than just a ghost in the machine.

The Zionist, Globalist, Banker scamming war mongering cabal has a history of using the marketing of security as a means to remove ALL security and nail you. If you believe Intel’s cheerful hype about these processors making things more secure than ever, think again, because any processor which allows a machine to be accessed even when it’s turned off equates to an information tyrant’s dream come true

Please engage your brain while watching this, the security pitch is unadulterated B.S. These processors in fact represent an ABSOLUTE BREACH of security no matter HOW they are marketed.  From the technical viewpoint of someone who worked for an intelligence agency, I call B.S. on Intel, avoid these processors like the plague!