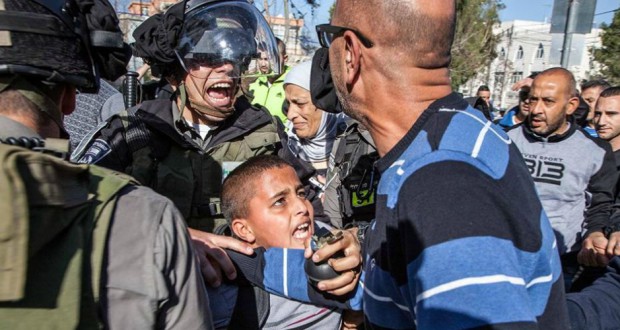 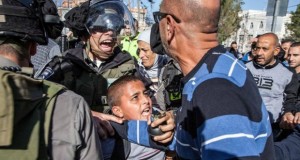 Israeli forces are choking, beating, and abusing Palestinian children as young as 11, arresting and coercing them into confessions without granting them access to lawyers or even informing their parents of their whereabouts, a new investigation from Human Rights Watch reveals.

The findings are contained in a report—Israel: Security Forces Abuse Palestinian Children—based on interviews with six children between the ages of 11 and 15, and corroborated by witness testimony and video evidence. All of the children were accused of throwing rocks between March and December 2014—a common charge that can lead to decades in prison.

“Israel has been on notice for years that its security forces are abusing Palestinian children’s rights in occupied territory, but the problems continue,” said Sarah Leah Whitson, Middle East and North Africa director for HRW. “These are not difficult abuses to end if the Israeli government were serious about doing so.”