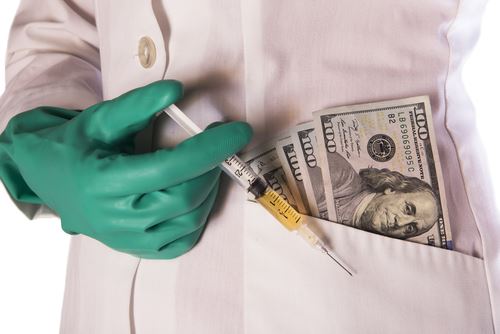 Many of us either personally knows of someone who has been diagnosed with autism or know someone else who does. The number of children suffering from the condition appears to be on the increase, and although many of us believe that we know the real cause of autism, scientists from around the world blame the ever-increasing numbers on everything from cold parenting to the month of the year that the child was born.

In 2009, Simon Baron-Cohen announced that autism was genetic and that, in the future, prenatal testing would allow parents to be able to choose whether or not they wanted to give birth to an autistic child.

Whilst the news of prenatal testing for autism excited many parents, the mere idea of aborting children with autism sent shock waves through the autistic community.

Child psychologist and expert in autism Lisa Blakemore-Brown was absolutely horrified by Baron-Cohen’s suggestions and told reporters on One Click News that she was totally bewildered by the research scientists obtaining funding from the U.K. government were undertaking. She wrote:

“It is shocking that autistic children and their suffering is routinely ignored for years and years, until Professor Baron-Cohen suggests casually to the world via the BBC that autism may one day be picked up in the womb. Suddenly we hear of the terrible lives many children and their families have to endure, in order to justify the idea of aborting them before they are born. Perhaps Professor Baron-Cohen should address the possibility that these bio-markers may simply show which children might react to vaccines and their components such as mercury and aluminium and the tapestry effect when live viruses are introduced? In which case it’s the damaging vaccines that need terminating not the babies!” (own emphasis)

Despite her recommendations, however, governments have continued to refuse to consider the possibility that vaccines could be the cause of autism and the number of cases has continued to rise.

1 in 45 American Children Believed to Suffer from Autism

The Centers for Disease Control and Prevention (CDC) have estimated that 1 in every 68 children is on the autistic spectrum, although other organizations have estimated the numbers of children suffering from the condition to be far higher.

“New York – — The government has a new estimate for autism — 1 in 45 U.S. children — but other federal calculations say the developmental disorder is less common.

The latest figure released Friday is one of three estimates that the Centers for Disease Control and Prevention gives for autism based on different surveys; the most rigorous one gives a lower estimate of 1 in 68 children.”

Speaking about the new figures, Age of Autism stated:

“This should shock Americans for two reasons. One, the sheer epidemic numbers of this life and demographic landscape altering diagnosis is appalling and unacceptable. Two, the CDC continues to prove its inability to keep track of American medical conditions and provide any measure of protection.”

Whether the true figures are 1 in 68 or 1 in 45, it is obvious that the number of children being diagnosed with autism is on the increase.

Could Better Diagnostic Testing be Responsible for the Increase?

The aim of their study, supported by the Children’s Medical Safety Research Institute, was to investigate whether or not better diagnostic testing was responsible for the ever-increasing numbers of children being diagnosed with persuasive developmental disorder (PDD), autism, cerebral palsy (CP) and mental retardation (MR).

For many years, governments around the world have claimed that better diagnosis of autism is responsible for the rise in the condition. However, many professionals disagree and have stated that the increase directly corresponds to the rise in the number of vaccinations being added to the vaccine schedule.

To discover whether or not better diagnosis could be responsible for the increase, David Geier and his team investigated the theory by using StatsDirect software and examining medical records for subjects within the Vaccine Safety Datalink (VSD).

In their introduction, they stated:

“Pervasive developmental disorders (PDD) are a diagnostic category characterized by delays in the development of socialization and communication skills. Although the typical onset of the symptoms associated with a PDD diagnosis occurs before a child is 3 years of age, parents may notice symptoms in early infancy. Problems with language; problems in relating to people, objects, and events; playing with toys and other objects in unusual ways; changes in routine or familiar surroundings being difficult; and body movements or behavior patterns that are repetitive are among the symptoms of a PDD diagnosis. Autism is the most common and best studied PDD. Asperger’s Syndrome, Childhood Disintegrative Disorder, and Rett’s Syndrome are other types of PDD diagnoses.”

“In comparing our results with previous investigations that purportedly suggested diagnostic substitution as a factor contributing to the increasing prevalence of PDD in the U.S. during the 1990s, the present study used a much more robust method of analysis to confirm that the population of subjects diagnosed with a PDD was significantly different than the population of subjects diagnosed with CP or MR. This more robust method of analysis examined data on specific features which described subjects at birth (independent of their eventual diagnosis), and followed these children on a continuous, prospective longitudinal basis within their respective HMOs until they were diagnosed with the outcomes of interest.”

In comparison, those diagnosed with MR and CP had significantly more problems at birth, had a similar male to female ratios and were more likely to be diagnosed in the first two years of life.

This study left the team to conclude that diagnostic substitution could not fully explain the increased PDD prevalence during the 1990s within the United States. However, if better diagnosis could not explain the increase and all the children who were diagnosed with PDD were vaccinated, predominantly male, were between the ages of two and four years of age when they were diagnosed and had fewer problems at birth, this leaves us to once again question whether or not vaccinations could have been the cause of their problems.