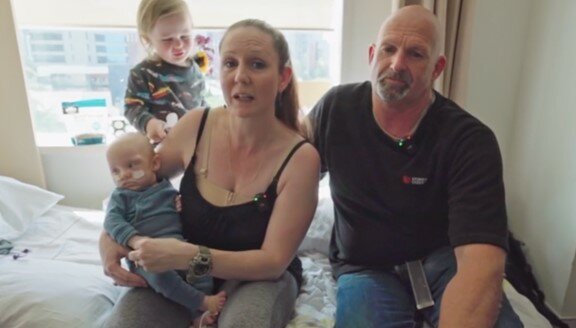 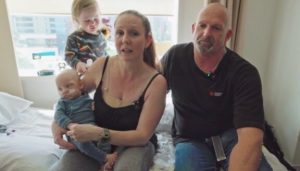 New Zealand’s High Court has taken guardianship of a four-month-old baby after his parents remained firm in demanding that only blood not tainted by the COVID-19 “vaccine” be used during surgery to repair their son’s heart defect.

Justice Ian Gault decreed that the infant would remain under the court’s guardianship until he had recovered from the surgery, according to a report from CNN.

The baby’s parents’ simple request has been dismissed by Auckland’s Starship Hospital and its pediatric cardiac surgeon, as well as the New Zealand Blood Service [NZBS] as unnecessary and “impractical,” despite the parents having reportedly identified 20 unvaccinated people who were willing to donate blood for the child’s life-saving procedure.

“It’s a desperate story where the powers in the hospital are backing up the blood bank, and the parents have felt absolutely helpless and powerless,” Liz Gunn said in a hospital room video interview with the little boy’s parents.

“We don’t want blood that is tainted by vaccination,” the infant boy’s father said. “We’re fine with anything else these doctors want to do.”

“It’s such an easy matter to clear up, and you won’t do it,” continued the dad, addressing his comments to the NZBS head.

“That seems like a bit of a criminal action to me,” he added.

“We can’t take a risk with a boy who already has a heart condition,” the child’s mother explained.

“I am horrified and disgusted that you wouldn’t even have the decency to talk to us,” said the mom, also turning her attention to the NZBS head, “when you’re clearly standing in the way of our baby getting the blood that he needs for this heart operation.”

She said that she had felt “bullied” by those obstructing their request for untainted blood, recounting how one doctor had tried to coerce her to sign paperwork allowing the procedure to occur with tainted blood, and then threatened her with attorneys and suggested that she needed the help of a psychiatrist because she refused.

Gunn’s interview with the child’s parents has gone viral, garnering over 57,000 views so far:

The case has captured worldwide attention, with parties on both sides accusing the other of basing their actions on “vaccine misinformation.”

The parents have asserted that there may be “spike proteins in the blood of people who have been vaccinated and that these proteins were causing unexpected deaths relating to transfusions,” according to the judgment.

The Times called media outlets that question the COVID-19 vaccine and its impact on blood bank reserves as “conspiracy-oriented,” and went on to say:

The case, and the family’s flawed scientific arguments, highlight the continuing dangers of online misinformation and conspiracist narratives, experts say. The dispute has “become a cause célèbre in the most toxic way,” prompting a spike in hate speech on fringe platforms where conspiracy theories run rife, said Sanjana Hattotuwa, a researcher at the Disinformation Project, a New Zealand monitoring group.

CNN implied that the parents’ stance was based on “vaccine misinformation.”

A South China Morning Post headline used the pejorative term “anti-vax” to describe the parents and claimed that they had “blocked” their son from receiving “life-saving heart surgery.”

While the NZBS does not maintain separate supplies of blood of those who have received the COVID-19 “vaccine” and those who have not, it does place restrictionson blood donations after receipt of the COVID jab.

After receiving certain COVID-19 vaccines and boosters, including Moderna (mRNA-1273), New Zealanders are asked to wait for 28 days before donating their blood.

Last week during a previous legal proceeding, about 100 people showed up outside the High Court supporting the infant boy’s parents’ right to choose what is best for their son.

“There’s so many people lined up to give their blood freely,” said Sarah McNaulty, one of the protesters, according to a RNZ.co.nz report, referring to the many unvaccinated individuals who had lined up to donate their blood.

“That is where tyranny starts when the state provides us with not being able to give blood freely to a patient that needs it,” she added.