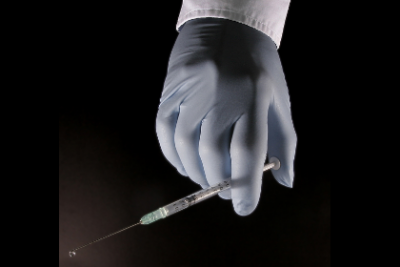 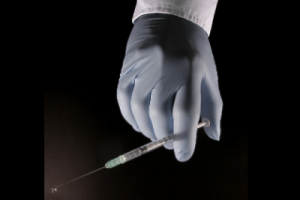 Thank you to all of you who have signed up for this newsletter. Over the next few weeks I will provide you with the medical literature on vaccination that the government and media will not present or debate. In this newsletter I will provide you with the background to my study of vaccination completed at the University of Wollongong, Australia from 2011 – 2015.

I have been studying the vaccination topic both formally and informally since 1993 when I vaccinated my first child. Like most people questioning vaccines, I have not come from an anti-vaccination position and the debate is not about pro- or anti-vaccination. It is about the safety, efficacy and necessity for each vaccine on the schedule. Are they all safe? And are they all effective and necessary? In 2015 I completed a PhD at the University of Wollongong answering these questions. My thesis is titled ‘A critical analysis of the Australian Government’s rationale for its vaccination policy.’ In Chapter 7 I present a discussion of the claims made by the government about the safety and efficacy of vaccines that are not supported by scientific evidence. Here is a link to this Chapter titled “The Evidence Underpinning Claims about Vaccines” After completing this in-depth research I am choosing not to use all the vaccines that are recommended by the government and I am promoting the right for this medical intervention to be a free and informed choice. This means without financial coercion or manipulation. I have adopted this position because the government has not provided evidence to support the claim that these vaccines are necessary or that they have been proven safe and effective using proper placebo controlled clinical trials. The Australian government is making claims about the safety and efficacy of vaccines that are unsupported by hard scientific evidence.

In 2007 I also completed a Master of Science (Population Health) in the Faculty of Health at UOW and this included a major research project on the use of the whooping cough vaccine to control whooping cough in Australia. My research demonstrated that the whooping cough vaccine was introduced after the decline of deaths and serious illness to whooping cough in Australia (1950) and that the vaccine does not prevent vaccinated people from getting whooping cough. Here is a link to this research titled “An Analysis of the Federal Government’s Pertussis (Whooping Cough) Immunisation Policy“. I have also provided a link to a summary of this research that was published in the Public Health Association of Australia’s (PHAA) newsletter in April 2009 – An Analysis of Whooping Cough Incidence: Is the vaccine effective? Whilst Peter McIntyre, director of the government’s vaccination research and surveillance unit (NCIRS), published a comment beside my referenced article with claims countering the evidence I presented, he did not provide a fully referenced copy of his claims made in this PHAA publication in 2009.

The University of Wollongong published my PhD thesis on its website in January 2016 but prior to publication it requested that I remove 3 Appendix’s before publication. UOW cited ‘copyright reasons’ for this request. However, these Appendix’s contained publicly available information and when I challenged the University the decision was reversed and it published the full thesis in March 2016. The information that UOW wished to remove included Appendix 1: The Ingredients of Vaccines (Reference: The Australian Immunisation Handbook (Ed 9 and 10), Appendix 2: Case Study on Thimerosal (Mercury compound) in Vaccines and Appendix 3: The Australian Government NIP (Reference: Australian Government’s Immunise Australia Program (IAP) website (2013).

The potential financial Conflicts of Interest (COI) were also removed from my thesis even though the government is required to publicise these interests on their website. Many government representatives on vaccine policy advisory boards have COI with pharmaceutical companies. This includes the chairman of the Australian Technical Advisory Group on Immunisation (ATAGI) from 2005 – December 2014, Terry Nolan, and the directors of the National Centre of Immunisation Research and Surveillance (NCIRS) from 2004 – 2015, Robert Booy and Peter McIntyre. The public is entitled to be informed that these potential COI exist for individuals who directly advise the government on policy. The COI for members of the Australian government’s vaccine advisory boards were not presented on the government website until February 2015 after parents pressured the government to publish them.

The Australian government’s claim that adverse events to vaccines are “rare” is false and the claim is not supported with scientific evidence (Chapter 7 p.165). This is because the government regulator, Australia’s Therapeutic Goods Administrator (TGA), does not and never has, utilised a surveillance system that can determine the type and frequency of adverse events (AE’s) that occur after vaccination in the population. Governments have always used a voluntary reporting system after vaccines are marketed and this system cannot determine the number of AE’s or types of AE’s that are occurring in the population that are causally related to vaccines. Hence this data is not being collected in properly designed clinical trials prior to marketing and it is not being collected in post-marketing surveillance. This represents a danger to public health and Australia has now mandated its vaccination policy in social welfare policies and employment situations for many adults.

Medical interventions should always be based on informed consent free of coercion and manipulation as stated in the Nuremberg code, the Geneva Declaration and the Good Medical Practice Code of Conduct for Australian medical practitioners. In the interests of children’s health and the fabric of society, please take a stand on this issue. There is nothing more important than our health.