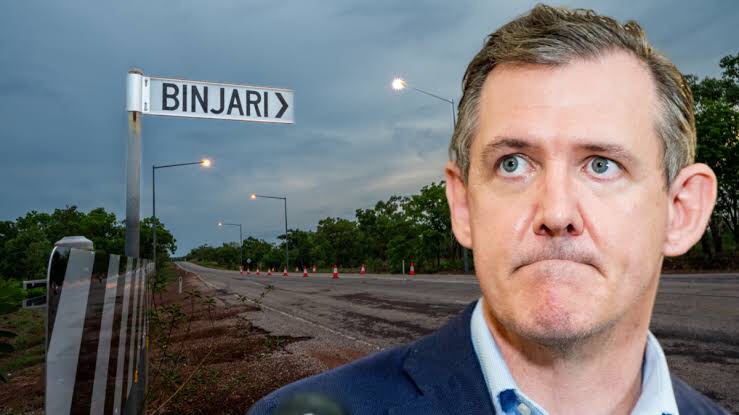 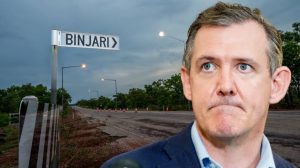 Here are the latest developments from the Northern Territory.

Since the start of the pandemic, Territorians were told it was a question of when, not if, COVID-19 ‘would spread into a remote Aboriginal community’.

Earlier this week, the scenario finally materialised, when Robinson River became the first to ‘face a outbreak’, quickly sending the region into a harsh lockdown.

“The most important public health measure you can do if you get a COVID case in a remote community is to rush to that community with the vaccine,” he said.

He based his rationale on modelling by the Doherty Institute that showed “vaccination surges” would significantly’ decrease the risk’, particularly in places where the majority of residents were yet to be inoculated.

“If you get a COVID case in a remote community and you do a vaccination surge in that community, you will reduce — halve — the risk of hospitalisation in the community and, therefore, deaths.”

Interesting timing for this plan to be released.

As soon as the first case was confirmed in Robinson River, an ADF “rapid assessment team” was flown more than 1,000 kilometres south-east of Darwin to test, vaccinate and ‘transfer positive cases’ out of the community to the nearby Howard Springs Quarantine Facility.

Since this news broke, many Australians have expressed outrage and concern over the events, while establishment outlets attempt to paint the discussion as a ‘wild conspiracy’.

Here are the latest developments from the Northern Territory.

A photo supplied to TOTT News shows what appears to be members of the ADF-led rapid response team, alongside health staff that are administering door-to-door vaccinations for residents.

The NT government say they have identified 38 close contacts from Binjari that were transferred, and expect the number to go up over the coming days.

On-the-ground media remains scarce due to poor reception in these remote areas and the fact that nobody can enter into the regions to document for themselves.

NO ENTRY TO REGION

Under Section 477 of the Commonwealth Biosecurity Act 2015, all people are currently prevented by police from entering Binjari and surrounding regions in the NT.

Requests to the NT government for media access have not yet been met with a response.

One thing that can be reported on in the vaccine campaign on-the-ground, to which NT Health and local authorities have been releasing official media over the last 24 hours.

Health workers have begun door-knocking homes to boost vaccination rates in the communities, where Gunner lamented two days ago rates were much lower than 70 per cent.

Stunningly, Gunner announced in this morning’s press conference that the ‘vaccination surge’ in the areas of Binjari, Rockhole and Warlpiri have resulted in a 100 per cent first-dose rate.

That’s right — according to the government, the remaining 30% of the unvaccinated community have all now received their first dose in the last 72 hours.

“Obviously, you prefer to vaccinate people in advance, but a reactive vaccine response is critical to reducing hospitalisations,” Gunner said

Hang on a minute.

How did a remote community with such high objection — to the point Gunner unleashed on (in his words) ‘anti-vaxx’ campaigners yesterday — all of a sudden become persuaded to get the first jab?

What is going on here?

Does a 70% to 100% jump sound like it was under the circumstances authorities say?

Furthermore, stories are emerging of contact tracing search efforts for residents who have escaped the region in the last 72 hours.

Eleven new COVID cases in the Northern Territory were announced this morning, with authorities saying they are ‘facing a setback’ after a ‘COVID positive woman’ broke lockdown rules to leave.

Contact tracers spent the evening and day searching for a woman and her friends who left the area and called a taxi to head to a community north of the lockdown.

As presented by the Police Commissioner this morning, a woman left Binjari with close friends, along with three other residents, last night.

“We understand it commenced under the darkness of last night,” Commissioner Jamie Chalker said.

They were soon apprehended at a public housing block in Katherine.

Afterwards, they were taken to the ‘Centre for National Resilience’:

Remember when Dr. Kerry Chant said authorities would be “exploring what contact tracing will look like in the New World Order“? Perhaps the answer has now began to surface.

While most downplay the occurrences here, others are crying out for assistance.

Everyone has been talking about the urgent matters happening in these communities, and late this afternoon, members of the original Sovereign Tribal Federation issued a plea to the world.

They call for international assistance in response to what is happening in the Northern Territory, describing indigenous peoples as “guinea pigs” for a larger agenda.

Skip to 9 minutes 5 seconds for the message to the public:

Facebook quickly removed this video today for going against community standards on the platform:

Members of the group were present at Saturday’s march for freedom, in which police arrived and used pepper spray to arrest and disperse demonstrators.

NOTHING TO SEE HERE

Lastly, an Aboriginal health provider in the area have been quick to rule out any wrongdoing — calling concerns over ADF deployment nothing but ‘wild conspiracies’.