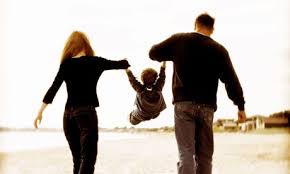 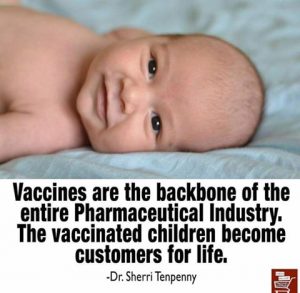 When I first stepped foot on Oklahoma soil, too long ago to admit, I found independent and self-reliant people much like Oklahoman Ron Howard depicted in his film “Far and Away.”

Opportunists, adventurers, outlaws, farmers, family people and dreamers, one and all.    Some of these same Oklahoma Founding Fathers still lived in dugouts when 1906 rolled around and the Constitutional Convention to create Oklahoma took place.

The Saturday Evening Post correspondent described that the moment,“…. was not merely the birth of a new state, it was the birth of a new kind of state.”  Post readers were treated to a rousing eyewitness account of the proceedings, starting when “Alfalfa” Bill Murray called the convention to order banging his gavel and yelling, “Delegates will take their seats, loafers and lobbyists will get out!  We will begin by singing that grand old hymn, ‘Nearer, My God, to Thee.”

And so began the great experiment in populist democracy.

Oklahoma ended up with the longest state constitution in America.  It established a corporation commission to keep big business in check, has a specific provision for homeschooling so that parents can protect their children from “government schools” and the power for voters to repeal any law they don’t like.  They can even change the constitution if they want. The Constitution declared the inherent right for Oklahomans to run their own lives as they see fit and have the right to bear arms, never to be abridged, so that Okies can shoot people to protect their stuff and their lives not to mention using guns for civil order when called upon to do so.

Early on, the power vested in the people resulted in a state question in 1920, close to my heart – Health Freedom.  By a plurality of 46,000 votes, ordinary people denied the allopathic licensing board any regulatory power over non-allopathic medical and health practices which meant homeopaths, naturopaths, Indian medicine men, chiropractors and even Chinese doctors (thanks to the railroad building days they were there, too) can regulate themselves.  Most remain unlicensed practices, even today.

About Vaccines in Oklahoma…

Somewhere along the way the issue of mandatory vaccinations resulted in a law that allowed people to just say “no” with no need to explain why.   No swearing you were a member of some church that rejects vaccinations though there are such churches in Oklahoma.  No philosophical blather about why you don’t want a particular vaccine injected into your child.  NO means NO.  PERIOD.

So, it is not a surprise to me that in 2014, the good people of Oklahoma supported passage of a genuine Parents Bill of Rights law.  (link to enrolled HB 1384 on state website).

I was living out of state at the time so when this law came to my attention recently, due to bills now at our legislature, I was pleased that Oklahoma is the first state to declare what is basically Natural Lawabout how you raise your kids.

Here in Oklahoma, by the grace of God, parents are in charge of raising their children in all ways.

The law covers, in detail, all those pesky intrusions that some people think is how it takes a village to raise a child via public agencies butting in doing things only parents should decide.

Thanks to this Parents Bill of Rights law, this means that parents have a right to direct the education of their children, even in public schools, where parents can review and reject subject matter particularly touchy subjects such as sex, morality or religion.  The right to have their children excused from school attendance for religious purposes is another.  (This is the buckle of the Bible Belt so religious issues are biggies here. )

The right to exempt their children from immunization laws is also listed, which is also covered in other statutes.

The law basically states parents have the fundamental right, “to direct the upbringing, education, health care and mental health of their children” unless there is some “compelling” reason for the government to step in, and it better be a good one and “narrowly tailored and is not otherwise served by less restrictive means”.

Several areas of doing physical exams, like collecting data collection for medical or other purposes are listed as needing written consent from parents before they are performed. Specifically mentioned are things like a biometric scan and gathering DNA.

And the most interesting specific item on the verboten list is, and I quote, “any attempt to encourage or coerce a minor child to withhold information from the child’s parent shall be grounds for discipline of an employee of this state, any political subdivision of this state or any other governmental entity, except for law enforcement personnel.”

This “Parents Bill of Rights” became law in Oklahoma, on November 1, of 2014

A year after this law was passed, the head of the state pediatric association, Dr. Eve Switzer, who apparently hadn’t read the new statute, pondered, via the association’s e-newsletter, how to avoid having to deal with parents in regards the pros and cons about flu shots.

Flu shots are not on the list of mandated childhood vaccines and doctors are supposed get permission slips signed by parents before the shot is added to the mandated vaccines being administered during a scheduled well-baby visit.  Such a discussion might encourage the parents to opt out according to the good doctor.

Just so you know, flu shots are still loaded with mercury unlike childhood mandated shots that no longer have mercury (thimerosal) in them except in the multi-dose containers.

Conspicuous in its absence on the OK pediatric association’s website today, that I saw still there just a few days ago, is the issue of the e-newsletter with Dr. Switzer’s front page article on it.  I assume it has been removed because it is now evidence in a libel suit filed by Dr. Switzer.

You see, when the local autism mom’s political action group, Oklahomans for Vaccine and Health Choice , a PAC bonded at the hip with an Oklahoma Conservative PAC,   a well-established and powerful political organization of long standing, got wind of it, they started chatting about it.

When a local doctor took issue with the article as well, the fur started to fly.  The ethics of this kind of treatment of parental rights became the big topic on the autism moms’ Facebook page.

The question now is, what was Dr. Switzer thinking?

Not only are the autism moms well connected politically but the doctor she sued is somebody I wouldn’t want to mess with.  He is none other than Dr. Jim Meehan, a graduate of West Point, a 5th degree black-belt in Tae Kwon Do, NAGA World Jiu Jitsu Champion, and 2013 inductee into the Martial Arts Masters Hall of Fame.   He’s also most definitely a health freedom doc as he is big on vitamins, lifestyle and all those other functional doctor type remedies for ill health.

One wonders what kind of legal advice Dr. Switzer was getting?

Or what kind of deep pockets she has to deal with what may be an expensive lawsuit for her.  If her intention was to intimidate a group of autism moms and a lone MD to shut up, it doesn’t seem to have worked.

Meanwhile, the news of the lawsuit is all over the net taking on a life of its own and Dr. Switzer’s advice to her pediatrician colleagues about how to ignore parental rights is now global.

Section II-22: Liberty of speech and press – Truth as evidence in prosecution for libel.

Every person may freely speak, write, or publish his sentiments on all subjects, being responsible for the abuse of that right; and no law shall be passed to restrain or abridge the liberty of speech or of the press.  In all criminal prosecutions for libel, the truth of the matter alleged to be libelous may be assumed in evidence to the jury, and if it shall appear to the jury that the matter charged as libelous be true, and was written or published with good motives and for justifiable ends, the party shall be acquitted.

Better yet, Oklahoma has an anti-slapp law that covers the rest.  The text of the law says:

“The purpose of the Oklahoma Citizens Participation Act is to encourage and safeguard the constitutional rights of persons to petition, speak freely, associate freely and otherwise participate in government to the maximum extent permitted by law and, at the same time, protect the rights of a person to file meritorious lawsuits for demonstrable injury.”

In short, after the libel suit is dealt with presumably via dismissal, Dr. Meehan and the autism moms have recourse to sue for damages, i.e. legal expenses.

Meanwhile, while the libel lawsuit drones on…

We have a lot of excitement and high drama at the legislature this session.

Sen. Yen, now head of the Senate Health Committee, has issued his perennial “repeal all exemptions” bill with a new number and claiming“we’ll all die of mumps” if we don’t bring that 90% compliance to 95% right away.    His new chairmanship may also foul up the several bills designed to strengthen the Parental Bill of Rights law.  He can refuse to hear them if they are assigned to his committee.

Yen’s opinion about vaccines has also taken on a life of its own.  He debated with a local DO who lost her child to vaccines.

Look out Sherri Tenpenney DO – We’ve got another dedicated DO, Dr.Stephanie Christner, on the scientific trail to dig up the facts about vaccines.

Here is the video of the debate:

Several NEW Senate bills focus on requiring school officials to fully inform parents by a variety of means that exemptions from mandatory vaccines are available.

And, for the fun of it, Del Bigtree, producer of VAXXED: Coverup to Catastrophy is in town.  He showed VAXXED at a local church last night to an enthusiastic crowd and is making a big splash today as the featured speaker at a rally at the Oklahoma Capitol.

The Oklahoma Legislature ends in May but y’all can have a front row seat to see all the live action, or at least the stuff in public.  No cameras in the cloakroom that I know of.