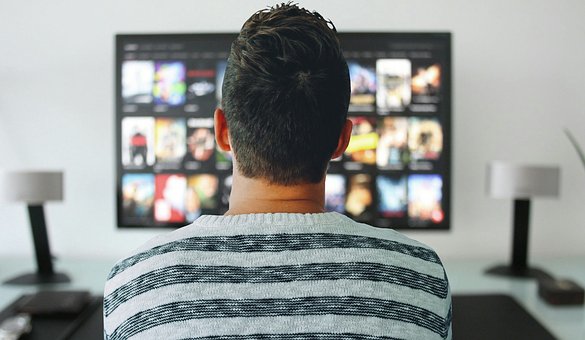 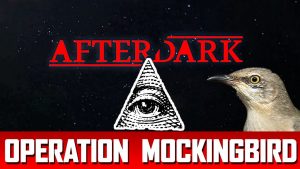 “About a third of the whole CIA budget went to media propaganda operations… We’re talking about hundreds of millions of dollars a year just for that… close to a billion dollars are being spent every year by the United States on secret propaganda.” – Testimony of William Schaap to Congress 252

In 1948, the United States began the Marshall Plan, an initiative to help the devastated Europe recover from the War. The CIA decided to siphon funds to create the Office of Policy Coordination, which would become the covert action branch of the Agency. 253

It was under this program that Operation Mockingbird, a domestic propaganda campaign aimed at promoting the views of the CIA within the media, began. From the onset, Operation Mockingbird was one of the most sensitive of the CIA’s operations, with recruitment of journalists and training of intelligence officers for propaganda purposes usually undertaken by Director Allen Dulles himself or his direct peers. 254

It is a false belief that the CIA ‘infiltrated’ unwitting media institutions. The recruitment of journalists was frequently done with complicity from top management and ownership. Former CIA Director William Colby claimed during the Church Committee investigative hearings, “Lets go to the managements. They were witting.”

Among the organizations that would lend their help to the propaganda efforts was the New York Times, Newsweek, Associated Press, and the Miami Herald. Providing cover to CIA agents was a part of the New York Times policy, set by their late publisher, Arthur Hays Salzberger. 255

The investigative committee of Frank Church, officially titled “Select Committee to Study Governmental Operations with Respect to Intelligence Activities”, uncovered a lot of evidence concerning Operation Mockingbird and came to the conclusion that:

“The CIA currently maintains a network of several hundred foreign individuals around the world who provide intelligence for the CIA and at times attempt to influence opinion through the use of covert propaganda. These individuals provide the CIA with direct access to a large number of newspapers and periodicals, scores of press services and news agencies, radio and television stations, commercial book publishers, and other foreign media outlets.” 256

Carl Bernstein, the reporter famous for his excellent investigation into the Watergate scandal, wrote that:

“(Joseph) Alsop is one of more than 400 American journalists who in the past twenty-five years have secretly carried out assignments for the Central Intelligence Agency, according to documents on file at CIA headquarters. Some of these journalists’ relationships with the Agency were tacit; some were explicit. There was cooperation, accommodation and overlap. Journalists provided a full range of clandestine services — from simple intelligence gathering to serving as go betweens with spies in Communist countries.

“Reporters shared their notebooks with the CIA. Editors shared their staffs. Some of the journalists were Pulitzer Prize winners, distinguished reporters who considered themselves ambassadors without portfolio for their country.

Most were less exalted: foreign correspondents who found that their association with the Agency helped their work; stringers and freelancers who were as interested in the derring-do of the spy business as in filing articles; and, the smallest category, full-time CIA employees masquerading as journalists abroad. In many instances, CIA documents show, journalists were engaged to perform tasks for the CIA with the consent of the managements of America’s leading news organizations.” 257

While a majority of Mockingbird operations were overseas, the goal was to have important, hard-hitting stories to be circulated in the American press. Relationships with major United States media institutions certainly helped with this goal.

Bernstein lists The New York Times, CBS and Time inc. as the most productive relationships the agency cultivated. They also created front organizations overseas who publicly maintained an appearance of free press but privately were operated by the agency. An example of this is the Rome Daily American, which was 40% owned by the CIA for three decades. 258

Another strategy was developing relationships with major media owners who were known to harbor right-wing views, such as William Paley of CBS, and then passing on information of journalists, actors and screenwriters who harbored left-wing views. Information was also passed on to friendly congressmen such as Joseph McCarthy. These men and women would then be blacklisted from the industry.

Lee J. Cobb was one such actor who was blacklisted, and recalled his experience:

“When the facilities of the government of the United States are drawn on an individual it can be terrifying. The blacklist is just the opening gambit – being deprived of work. Your passport is confiscated. That’s minor. But not being able to move without being tailed is something else. After a certain point it grows to implied as well as articulated threats, and people succumb.

“My wife did, and she was institutionalized. In 1953 the HCUA (House UnAmerican Activities Committee) did a deal with me. I was pretty much worn down. I had no money. I couldn’t borrow. I had the expenses of taking care of the children. Why am I subjecting my loved ones to this? If it’s worth dying for, and I am just as idealistic as the next fellow. But I decided it wasn’t worth dying for, and if this gesture was the way of getting out of the penitentiary I’d do it. I had to be employable again.” 259

The CIA went as far as to write scripts for Hollywood. One interesting example is the funding of the movie version of Animal Farm in 1954, a book written just less than a decade earlier by George Orwell which enjoyed large commercial success.

The problem for the CIA was that Orwell was a socialist, and his book attacked both capitalism and communism. To avoid this conflict, the CIA changed the ending of the Hollywood version to portray capitalism in a more positive light. 260


Domestic surveillance was also used on journalists who had published classified material. In one example, a physical surveillance post was set up at a Hilton Hotel in view of the office of Washington Post writer Michael Getler. 261

The operation defied the CIA’s charter, which specifically prohibits domestic spying. The operation was directed towards numerous members of the Washington press corp, and was signed off by John F. Kennedy himself, in coordination with CIA director John McCone. 262

One CIA document states: “Get books published or distributed abroad without revealing any U.S. Influence, by covertly subsidizing foreign publicans or booksellers… Get books published for operational reasons, regardless of commercial viability”. The Church Committee concluded that over 1000 books were published under this directive. 263

Some investigative journalists have claimed that Operation Mockingbird did not end in 1976 as the CIA claims. For example, in 1998, researcher Steve Kangas claimed that conservative billionaire Richard Mellon Scaife, who ran ‘Forum World Features’, a foreign news organization, was a CIA asset and used the organization to disseminate propaganda for circulation in the United States. 264

Kangas ended up dead with a bullet hole in his head, in the office of Richard Scaife. It was ruled a suicide, although there were discrepancies in the police report and the autopsy. 265

“In examining the CIA’s past and present use of the U.S. media, the Committee finds two reasons for concern. The first is the potential, inherent in covert media operations, for manipulating or incidentally misleading the American public. The second is the damage to the credibility and independence of a free press which may be caused by covert relationships with the U.S. journalists and media organizations.” 266

While it is deplorable for citizens of countries to be subjected to a state-owned media, at least they can be aware of the biases and filter information accordingly.

We have been taught a lie from birth that the U.S. press is free from government meddling. In a situation where the manipulation is completely covert, the American public has been left unaware of the propaganda they have been ingesting for decades.

256 Final Report of the Select Committee to Study Government Operations With Respect to Intelligence Activities. April 1976.

263 Final Report of the Select Committee to Study Government Operations With Respect to Intelligence Activities. April 1976.

266 Final Report of the Select Committee to Study Government Operations With Respect to Intelligence Activities. April 1976.