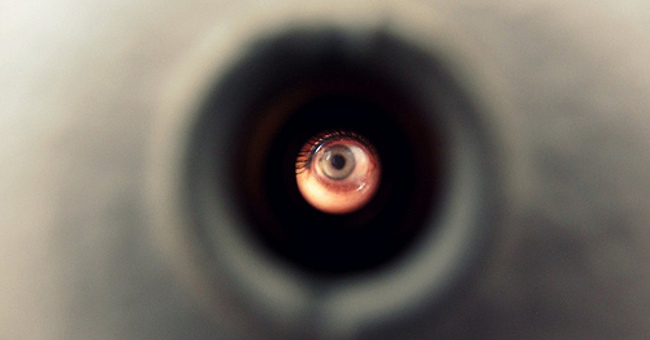 This one is big. It adds to California’s growing reputation as Police State Central.

First we had SB 277, which forced vaccinations on school children. Now we have Assembly Bill 1671, which would make it a crime for journalists to post and report on certain undercover videos, even though they didn’t make the videos.

That’s right. In California, such videos are already illegal, because they don’t have permission of all parties to be recorded. But if Bill 1671 passes, reporters who are sent those videos, or find them, couldn’t post them and write stories about them. Mainstream, alternative, freelance reporters—it wouldn’t matter.

Even more bizarre, Bill 1671 specifies undercover videos that secretly record “healthcare providers.” These are the videos targeted by the Bill.

“Controversy surrounding secretly recorded videos showing Planned Parenthood employees discussing fetal tissue sales has morphed into a California proposal that would punish media companies for reporting on certain undercover videos. But media groups say the bill, which is on the verge of clearing the Legislature, could have a ‘chilling effect’ on free speech and set the state up for First Amendment court battles.”

“Born from the 2015 hidden-camera footage released by the anti-abortion Center for Medical Progress, Planned Parenthood is pushing Assembly Bill 1671 which it claims will protect abortion clinics and other health care providers from similar malicious sting operations.”

“The bill would criminalize publishing undercover video footage of ‘health care providers’ and subject third parties, including journalists, to penalties for reporting and distributing the illegally recorded footage.” [My comment: It appears criminal penalties could be applied to anyone who posts the videos and comments on them, online. Not just reporters.]

“Under AB 1671, a journalist receiving and posting footage from an anonymous source could be punished by the state as well as be opened up to potential civil lawsuits. Whistleblowers would not be exempt from the proposal either, regardless of how they obtained the illegal footage.”

“The opponents take issue with how the bill specifically criminalizes the distribution of communication with a health care provider. Targeting a specific area of speech amounts to content-based regulation of speech and is unconstitutional, the ACLU claims.”

“’The same rationale for punishing communications of some preferred professions or industries could as easily be applied to other communications [such as] law enforcement, animal testing labs, gun makers, lethal injection drug producers, the petroleum industry and religious sects,’ ACLU legislative director Kevin Baker wrote in an opposition letter…”

If you feel you’ve just entered the Twilight Zone, gone down the rabbit hole, you have.

How about this? Some enterprising citizen-reporter in California secretly records a conversation with a doctor, in which the doctor admits that he vaccinates all children-patients, but would never vaccinate his own kids.

The video link is sent to a journalist in Los Angeles, who then posts it on his website. Suddenly, that LA journalist is hauled into court and the video is taken down.

What about this? Somebody makes a secret recording of a conversation between a well-known oncologist and his colleague about the massive dangers of chemotherapy—including remarks about several of the doctors’ cancer patients who actually died from chemo. A freelance reporter, who obtains the video, posts it on his site. The video is taken down, the reporter is arrested, prosecuted—and sued.

And couldn’t a California-based pharmaceutical company claim status as a “health provider?” Supposed an employee secretly recorded a conversation between two executives, during which they admitted the company buried studies of a new drug because “too many volunteers died” during testing. The employee sends the recording to a reporter at the LA Times. The reporter shows it to his editor. Is that in itself a crime?

Here’s another quote from the Courthouse News Service article. This one is staggering:

“Journalists who didn’t participate in the illegal recording but were given a copy and simply passed it on to their superiors could be liable under AB 1671.”

Reporter: “I’ve got a blockbuster story. I don’t know how we can run it, though.”

Reporter: “I’d be violating the law if I did.”

Editor: “Oh. Somebody sent you an undercover video?”

Editor: “Stop right there. Forget it. We never had this conversation. Now get over to the candy and marshmallow festival and bring me back some good photos.”

Welcome to the new journalism, California-style.

Protection of “health care providers” is now the number-one priority, even if, and especially if, undercover videos reveal their crimes.

—On the other hand, if the state government wants to secretly record a citizen and use that recording to issue a criminal charge against him, it’s perfectly free to do so. Naturally. Of course.