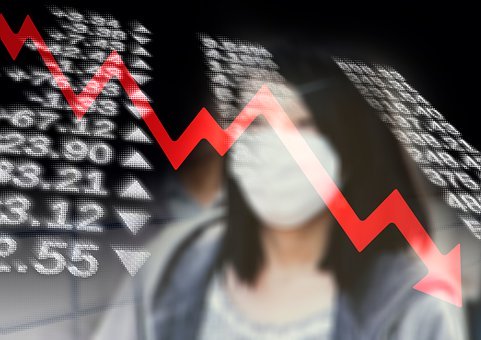 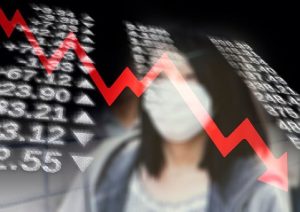 A grisly old PR pro waddles into a conference room where elite technocrats are waiting for his assessment of propaganda issues. He sits down, looks around, and says, “If you’re going to launch a phony epidemic, the ideal place for it is mainland China. The government will lock down that country quicker than a missile fired from a drone. And then nobody will be able to figure out what’s going on. Which is exactly what you want. You can say there are a million epidemic cases, you can say thousands of people are dropping dead on the street, you can say it’s a bioweapon or a bat virus, you can especially say the government there is reacting beautifully, and we should all look to the Chinese example of how to run things. Because that’s how you want things to be run everywhere, right? China is perfect for a phony epidemic. How are people going to figure out it’s a fake behind the lockdown? Whereas, say, in a place like Brazil, there are still a few freedoms and a little leeway, and people can ask questions…”

Things are changing quickly. By the time this is published, the situation may have changed.

Right now, world trading markets are taking a major hit. Governments are blowing the dust off their old pandemic plans and feeding details to click-hungry press outlets. “We may have to use stadiums for mass quarantines of suspected epidemic cases…” “We have to cancel large events.” Apparently, China has a hundred million people in some form of lockdown.

There is no doubt that this insanity can continue, regardless of the facts: who cares whether researchers ever really discovered the COV virus; who cares that diagnostic tests are worthless for defining a case of COV; who cares that case numbers can be inflated without evidence; who cares that environmental factors in China (deadly air pollution, 5G technology rollout) can explain why people there are falling ill.

Public health officials and governments know they can SAY anything they want to, thereby exacerbating the fear and the lies. And on that basis, they can declare emergencies and quarantines and lockdowns and the closure of businesses and the cessation of trade. They can bring police or troops to an area to “secure order.”

And the craziest part of all this is, huge numbers of people will automatically believe that such extreme measures somehow prove THE VIRUS is dangerous. The effect proves the cause. This notion was rebuked and throttled by Aristotle in ancient Greece, but armies of zombie-like citizens still accept it.

So…WHAT IS THE REAL OPERATION HERE?

The basic answer is: it has levels. Different players in different positions gain a piece of the pie. For example, pharma gets to sell immense amounts of highly toxic antiviral drugs, and gets to develop and sell an enormously profitable toxic vaccine. National militaries lick their chops and anticipate moving into big cities and maintaining order. The collection of entities I call the medical cartel gets to exert more influence over the minds of billions of people: “medical diagnosis and treatment, from birth to death, is absolutely essential for the survival of life on planet Earth.” That’s a BIG one. Understand: when the drugs and vaccines are toxic, the citizens are debilitated, and thus easier to manage.

Long-term, the medical cartel is the most powerful wing of the Brave New World, also known as Globalism. Also known as Technocracy.

Technocracy: With the rollout of 5G the so-called Internet of Things really takes off. Smart cars, smart homes, smart cities. A trillion devices are connected; and a result, a worldwide Energy Authority can truly take its place in the foreground. Meaning? The real-time monitoring of all energy production AND use on the planet can be measured—and energy-use quotas can be established for individuals and nations, “for the good of all.”

China is making lemonade out of the lemons of the “coronavirus crisis,” as we speak. It’s moving ahead with the building of many smart cities. And the government has the power to move huge numbers of people into the cities, where wall-to-wall surveillance will be the order of the day, “in order to predict future epidemics before they happen.” The Internet of Things will allow all sorts of automatic quotas to be imposed on the citizenry. Food, energy, travel, etc. And then you have automated diagnosis of illness and mandatory treatment—another nightmare.

Globalism/technocracy is flexing muscles and producing hits on national economies. It’s testing its ability to do damage in that area. It needs to level out economies in many countries, in order to take them over to a greater degree. Declared fake epidemics are a tool for that purpose.

In this regard, consider what happens in any serious economic downturn or recession. It’s what I would call Operation Close-Out, better known as Consolidation. Wealthy players, aided by banks, move in, sniff out major businesses and companies that are now on the edge of failure, and buy them out. The wealthy own more; the newly poor own less.

Of course, with foreknowledge of plunging trading markets—which these players have—a prime opportunity opens up for shorting stocks, monitoring them on the way down, and selling them off at the bottom. Another bonanza. Another version of Consolidation.

As I said, the real operation here has levels. Different players on different places of the power ladder reap benefits.

Never forget that the World Health Organization (WHO)—along with the US Centers for Disease Control—operates these fake epidemics on the medical side. WHO is a branch of the Globalist fortress called the United Nations. WHO has its sleazy hands on medical bureaucrats in every nation on Earth, and it can threaten a government which doesn’t react with sufficient alarm, when the preferred phony picture of an epidemic is floated for public consumption.

The United Nations, to make a very long story short, wants a borderless, non-national, planned planet. Kinder and gentler. Ruled from the top. By technocrats.

One of its wet dreams is fake pandemics.

The age-old theme of Order from Chaos advances front and center. From the chaos of a pandemic, new layers of control will be imposed—and received with open arms. How much Order? That’s always decided on the basis of an experiment. An exercise. A test. Which is what this COV operation is. Among the many questions the show runners are asking: how big an economic hit will nations, particularly, China, be willing to take; how much pushback, if any, will come from the citizenry; how tightly will medical researchers march on the narrow road of their preposterous fake findings without rebelling; under the auspices of emergency aid, how much money can be stolen, siphoned off, and placed into favored pockets; during the manufactured epidemic crisis, and in the aftermath, how much surveillance will citizens be willing to stomach; with what degree of acquiescence will people accept the announced end of the pandemic; how badly can we affect national treasuries?

And so on and so forth. All standard inquiries, forming the basis of confidential after-operation reports. Along with, of course, prospective estimates of what can be accomplished next time, in a new and improved experiment.

How thick can we slice the baloney next time?