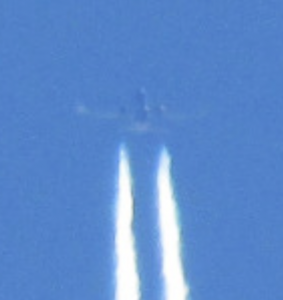 Researcher and author Sharon Daphna joins me on today’s podcast to discuss her work into orgonite gifting and her incredible book, ​Invisible Soldiers, Silent War by Sharon Daphna.

Sharon plugs back in with me today to break down the war on the mind and how we can starve out the parasitic intruders that are feeding on an emotional plague.

We continue our discussions about the geoengineering, chemtrail PSYOP,  high strangeness and also take a look at some solutions for health and expelling parasites from our bodies. It was a big day for holographic oddities, as the parasites make a frenzied escape before the OR becomes too high. Rain and snow are coming to all of California, and they can’t be here for much longer.

We saw planes that looked like cartoons in the sky and some planes that you almost couldn’t see. There was a striking example of the hologram following the grid line ahead of it in the sky. These craft were silent as they moved across the sky.

Find Out More At Somewhere Under the Chembow 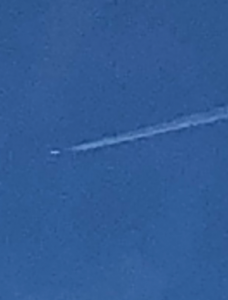 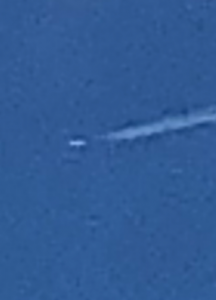 Zoomed image of a supposed craft spraying chemtrails with the object appearing to be a translucent bright white spot in the sky that was moving to fast and did not appear to have any markings, wings or tail features.

One thought on “‘PODCAST” Parasitism & The Emotional Plague With Sharon Daphna”

https://crazzfiles.com/wp-content/uploads/2022/12/Sharon-Daphna-Podcast-.mp3Podcast: Play in new window | DownloadSubscribe: Apple Podcasts | Email | RSS On tonight’s podcast show i am joined by J Wilderness from the UK who is the creator of guerrilla investigations and the “Good Morning Clown World” compilation series. J wilderness is back on the podcast show with me tonight 06/02/22 for our[…]