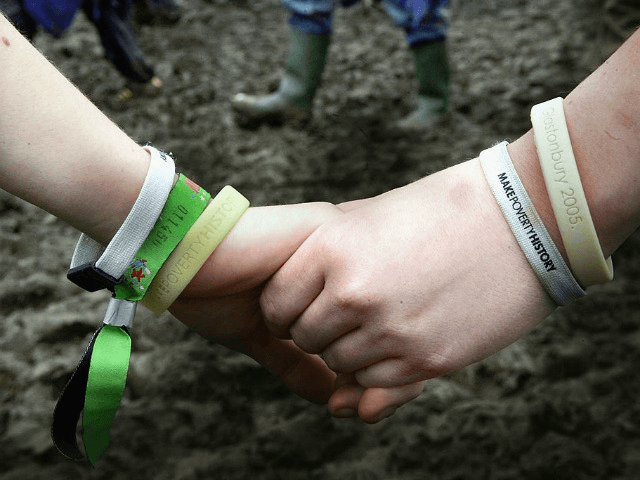 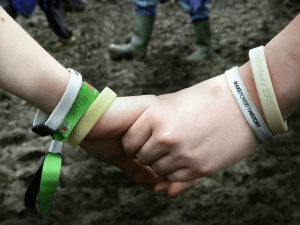 Note: What about bringing in the Army along with police to round these invading bastards up & kick them all out of the country? That would work a lot better than bloody wristbands.

A recent Swedish press release warns that groping is a crime. In it, the country’s national police chief Dan Eliasson said: “No one should have to accept sexual molestation. So do not grope. And if you are groped, report it to the police.”

Mr. Eliasson mentioned a variety of actions such as “a hand tucked between the legs”, “a hug from behind in the crush at a club or festival”, and “one person holding somebody while another grabs their breasts”, describing them as “situations many young people recognise too well”.

The press release announced that police intend to equip young women with wristbands with the slogan “don’t touch me”. This will happen over the summer, at festivals and other events for young people. “By wearing these wristbands,” Sweden’s police chief said, “young women will be able to make a stand”.

It is unclear how effective the wristbands, which read “don’t touch me” in Swedish, will be in preventing attacks, as the majority of sex attack perpetrators are thought to be recent migrants who are unlikely to be able to read them.

Mr. Eliasson suggested that by wearing these accessories, women would also be able to “draw attention to the issue [of sexual assault], and urge those affected to report”.

A Swedish police report released last month noted that the country had the worst rates of sexual violence against women in Europe. The report acknowledged migrants were responsible for the bulk of the problem but the police were accused of making excuses for the perpetrators.

Although sexual harassment and assault are commonplace in many Muslim countries, the report blamed “Nordic alcohol culture” and “masculinity” for the wave of assaults that have terrorised Swedish women.

Migrant sex gangs are alleged to have been roaming the Sthlm music festival for 12 to 17-year-olds for the past two summers. One leaked police memo indicated that “unaccompanied youth” migrants, from the Middle East, were responsible for most of the attacks.

Sexual assaults were reported at Swedish music festivals Arvika in 2006 and 2010, Emmaboda in 2014 and Bråvalla in 2015. Police were accused of covering up the attacks.

Breitbart London reported that Stockholm Council and festival organisers in the country knew sex attacks by migrants were endangering women, but thought it would have been “irresponsible” to speak out about the trend.