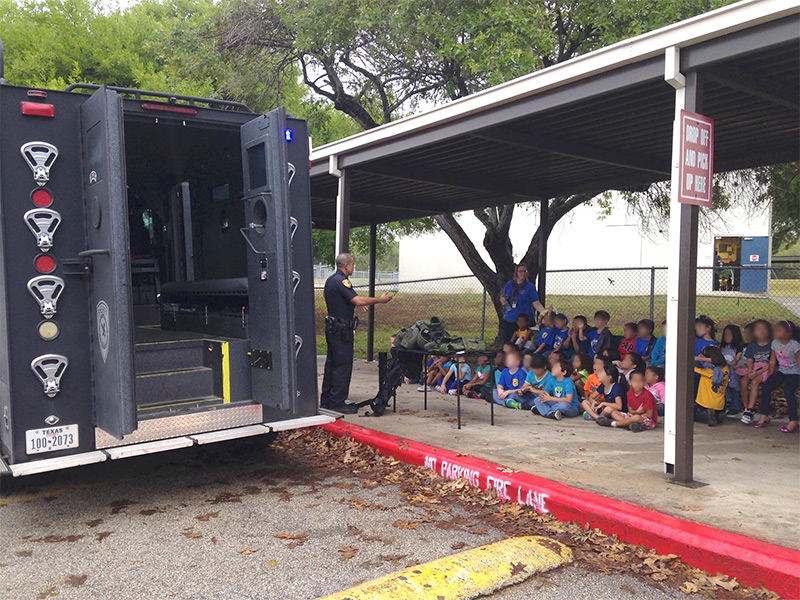 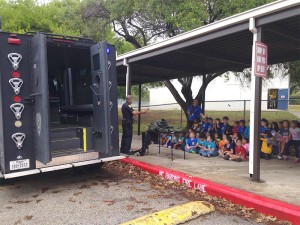 “Sgt. Jerry Garza, Deputy Martin Perez and Deputy Robert Salgado took the BEAR and made a series of presentations to different grade levels at the school,” the department wrote.

Many law enforcement departments across the U.S. have acquired MRAPs through the Pentagon’s controversial 1033 program, a federal arrangement in which excess military equipment used in Iraq and Afghanistan – including grenade launchers, armored vehicles and bayonets – was sold or given to local police agencies.

In September 2014, at the height of the 1033 controversy, the Bexar County Sheriff’s Office announced they had not obtained used military equipment via the program since 2006.

Early last month, the Bexar County Sheriff’s department became entangled in controversy after they scolded a local news agency for publishing amateur video shot showing two deputies gunning down a man while his hands were raised in surrender.

A state-mandated report filed by the department this month omitted the fact that victim Gilbert Flores had his hands raised when he was shot.