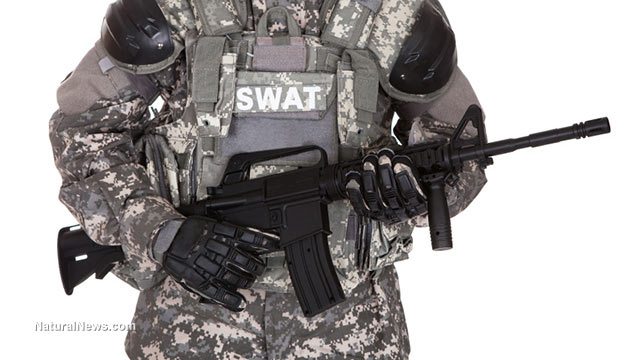 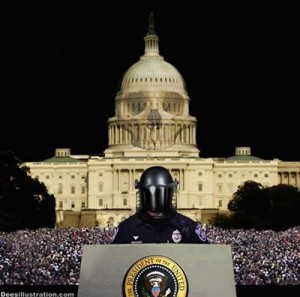 Police state spinning out of control: innocent Americans terrorized in their homes based on faulty evidence

The criterion for obtaining a search warrant has become so vague that police officers can now cite their “training and experience” as an excuse to acquire one, according to a new report by The Washington Post highlighting America’s rising police state.

A review of 2,000 search warrants obtained by law enforcement in Washington D.C. between January 2013 – 2015 found that about 14 percent of them were based on insufficient evidence.

While that may sound like a small number, in this case it amounts to 284, no-knock raids based on faulty evidence frequently result in the injury and death of innocents, property destruction, and emotional trauma.

Take for example, the Georgia toddler who was nearly killed by a flash grenade when a SWAT team orchestrated what was later revealed to be an unlawful no-knock raid due to a lack of probable cause.

In the Post’s investigation, Sallie Taylor, 63, was watching television one evening when nine D.C. police officers “smashed through her door” before pointing a shotgun at her face. “They came in like Rambo,” said the “soft-spoken” grandmother, who has had absolutely zero run-ins with the law – not even so much as a speeding ticket.

“The heavily armed squad” reportedly believed they were busting into the home of a woman arrested nearby for possession of PCP. Though evident Taylor’s residence was not that of the arrested drug user, police spent 30 minutes ransacking her home and ripping apart her private belongings including her underwear drawer.

They eventually exited the home sans drugs and without making an arrest.

“The search warrant executed at Taylor’s apartment cited no evidence of criminal activity there. Instead, in an affidavit to a judge, police argued that they should be able to search for drugs there based on their ‘training and experience’ investigating the drug trade,” the Washington Post reports.

Law enforcement carried out the search warrant based on an address located “in a court-records system for the woman arrested with PCP,” according to the Post.

Fourteen percent of the unsubstantiated search warrants served by D.C. police took place following an arrest on the street involving drugs or weapons, after which they “invoked their training and experience to justify a search of a residence without observing criminal activity there.”

This gave officers “broad leeway to search for drugs and guns in areas saturated by them and to seize phones, computers and personal records.”

WHO PAYS FOR POLICE MISCONDUCT?

While such abuses should be prohibited under the Fourth Amendment, which protects citizens from “unreasonable searches,” Americans, the majority of which are minorities, are increasingly experiencing Constitutional rights violations.

Why you might ask? Part of the reason lies in this next revelation: about 60 percent of the 284 baseless search warrants yielded “illegal items” such as drugs, paraphernalia, and guns.

Though most result in low-level, misdemeanor crimes, the infractions still generate revenue.

Even in instances when police are forced to admit they made a mistake, they almost never pay for damages. These low-cost expenditures almost always turn out to be profitable for law enforcement.

In the case of the wounded toddler, who was placed in a medically induced coma in a hospital burn unit for weeks, neither the city nor the police department issued compensation for the child’s injuries.

Lawmakers in Maryland proposed legislation that would compel police to reimburse citizens for property damage caused by unsubstantiated raids. But there’s just one problem: that money would almost certainly be withdrawn from taxpayer dollars.

Given the string of widely publicized police killings, law enforcement around the nation is being watched more closely than ever before, and their misconduct is less tolerated.

Warrants that simply rely on police training and experience as a basis for execution in minority neighborhoods are considered “flimsy investigative work,” said Alec Karakatsanis, an attorney for the D.C.-based non-profit Equal Justice Under Law.

Karakatsanis has filed seven lawsuits over the last two years “challenging D.C. police’s practice of seeking search warrants based solely on an officer’s training and experience.”

“They have turned any arrest anywhere in the city into an automatic search of a home, and that simply cannot be,” he said. “It would work a fundamental change in the balance of power in our society between government agents and individual rights.”