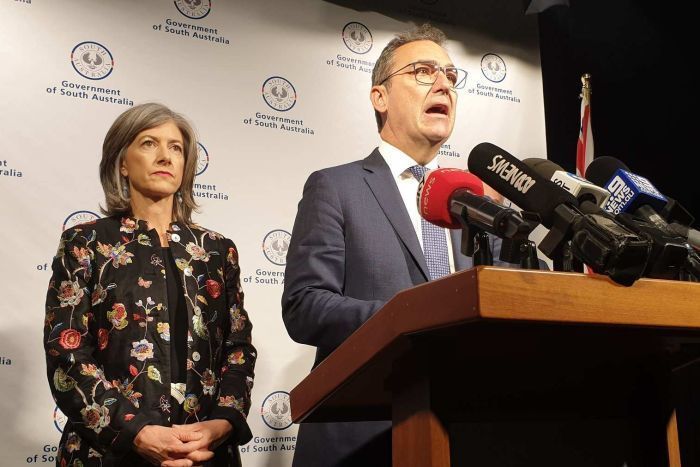 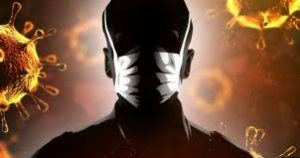 People at risk of spreading coronavirus could be arrested and detained by police under new laws to be introduced in South Australia.

Premier Steven Marshall said the change, to be introduced to parliament this week, will “give health authorities the powers they need to protect South Australians”.

New amendments to the Public Health Act are set to be introduced to Parliament that call for an overhaul of prevention and detention measures of citizens in South Australia.

According to reports, under the changes, patients can be ordered to remain at a hospital or quarantine facility or require them to undergo testing or counselling.

Health Minister Stephen Wade said the health system was prepared for any scenario, but authorities “must plan for the worst” as the situation ‘continues to worsen’.

SA’s new coronavirus clinic is already up and running, with four people currently in quarantine.

The proposed laws were announced when the state government said it would seek to change the Public Health Actin response to the threat of coronavirus.

The laws would allow police and authorities the power to issue detention orders for anyone at risk of spreading the disease, instead of issuing cautions and written orders.

The amendments come as governments across the world begin to enforce ‘preventative’ measures, despite only three cases confirmed in the state.

SA Premier Steven Marshall said the laws will couple with already existing powers for police to get involved where a person refuses to comply with a detention order issued by health authorities.

Under the the proposal, it would make it easier for police to be called in, as well as security firms or court orders, to enforce detainment and quarantines.

Despite the radical suggestions, Marshall ensured the public there is nothing to worry about:

“There is no need to be alarmed. Part of strengthening our state’s protection is to make sure that our public health experts have the powers they need to protect South Australians,” he said.

South Australian authorities are following a familiar pattern used in creeping quarantine measures that have been introduced in Australia over the last five years.

Australia’s quarantine function has a long and effective history. Originally focusing on human health issues, the quarantine function is now designed to prevent the introduction, establishment or spread of human, animal or plant pests and diseases in Australia.

Individuals suspected of having a “serious contagious disease” can already face five years in prison if they defy orders to stay at home, including forced vaccinations, quarantine or jail, according to legislation passed into Australian law in 2015.

The Biosecurity Bill 2014 is aimed at ‘preventing’ the spread of diseases across biodiversity fields, including in human populations and agriculture, and was met with backlash at the time.

The Australian government has already announced its intention to use powers under the Biosecurity Act if needed, in response to the coronavirus outbreak.

Attorney-General Christian Porter has described these powers as “strange and foreign to many Australians”, but potentially necessary in the face of a pandemic.

Hidden in the legislation, human biosecurity control orders enable health department officials to force anyone with signs or symptoms of a listed disease to isolate themselves or face arrest.

Furthermore, the provisions also allow the Director of Human Biosecurity to order someone to be vaccinated or treated, even if this is against their will.

The strict limitations in the application of a human biosecurity control order relate to the management of a ‘listed human disease’ or entry requirements, and result in a “proportionate and legitimate limitation to an individual’s freedom of movement”.

One section of the legislation that has civil liberty campaigners questioning the authoritarian approach of the new legislation, is the section that pertains to burden of proof in suspected cases – both relating to human health and agriculture.

The Bill outlines a reversing the legality surrounding burden of proof, placing it in the hands of the defendant, as opposed to the traditional approach of the prosecution.

Interesting when you consider this law was passed in the aftermath of the Ebola scare campaign in late 2014 as a means to ‘protect Australians’. Is history repeating itself with Coronavirus?

Originally, The Quarantine Act (1908) was administered by the Department of Trade and Customs until 1921, when that responsibility was transferred to a newly formed Department of Health that had been created following the worldwide influenza epidemic after the First World War.

Have fake pandemic scares always been used as a means to introduce consolidate power in the health department and implement greater structures of control?

The coronavirus ‘outbreak’ raises important questions about how governments manage situations in moments of mass confusion and chaos.

As mainstream press outlets continue their sensationalist coverage, one is left asking the question: Is the reaction relating to a fear of a pandemic? Or simply a pandemic of fear?

Furthermore, Australians have been urged to stop shaking hands and “exercise some degree of caution” when kissing. What is the justification for these extreme suggestions?

Fear is a powerful emotion. When people are afraid, they react. Impact of danger on emotions and the distortive effect of fear on subjective beliefs and individual choices can have a lasting effect.

Not surprisingly, sociologists have come to identify our mediated knowledge of high-consequence risks as a major source of contemporary anxiety.

Capitalising on this, the media will use auditory queues, linguistic patterns and segment cliffhangers in their programming to entice people to stay in a state of fear. Alternative media does this too.

The result? Australia has been gripped by a ’toilet paper crisis’ since early last week, with stores nationwide running out of the important household item as thousands flock supermarkets.

As a result, supermarket outlets have announced extreme restrictions in a bid to ensure ‘everyone has access to toilet paper’. Are we witnessing a mass compliance drill at work?

How far will the madness go? Why is nobody examining the role the media are playing in creating a society gripped with fear? These measures are only able to be justified when people are afraid.

Don’t buy the fear and propaganda.